Fall returns and sticks around this time

After temperatures were way above average on Sunday, we have cooled back down to around normal and those temperatures are going to stick around for a while. 60s for highs will be the norm through the next 10 days with upper 50s possible every now and then. Precipitation chances are hit and miss, but we are looking at a decent chance on Thursday. 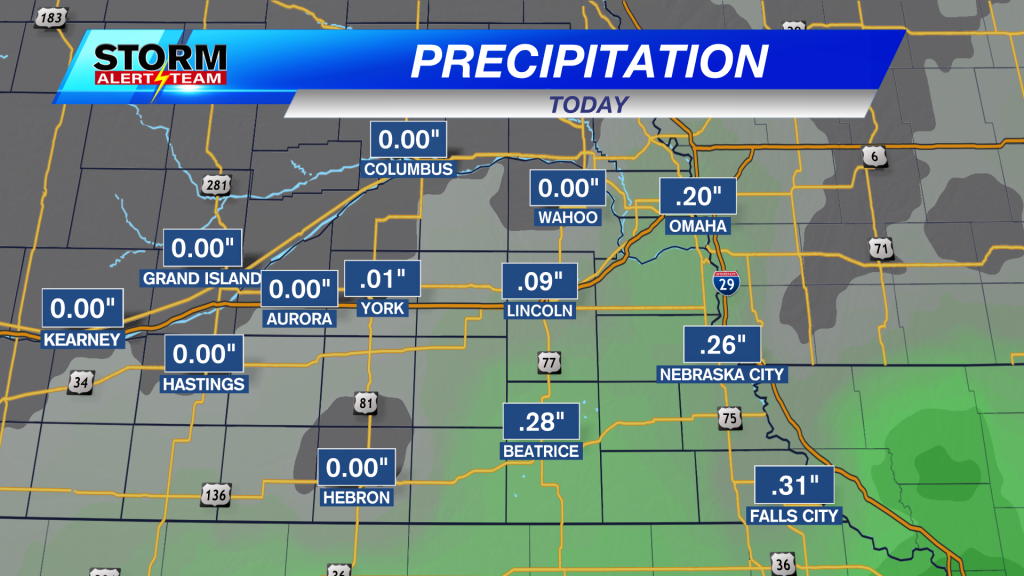 We did see some rain late Sunday into Monday (above), but it was confined to eastern Nebraska into Kansas, Missouri, and Iowa. 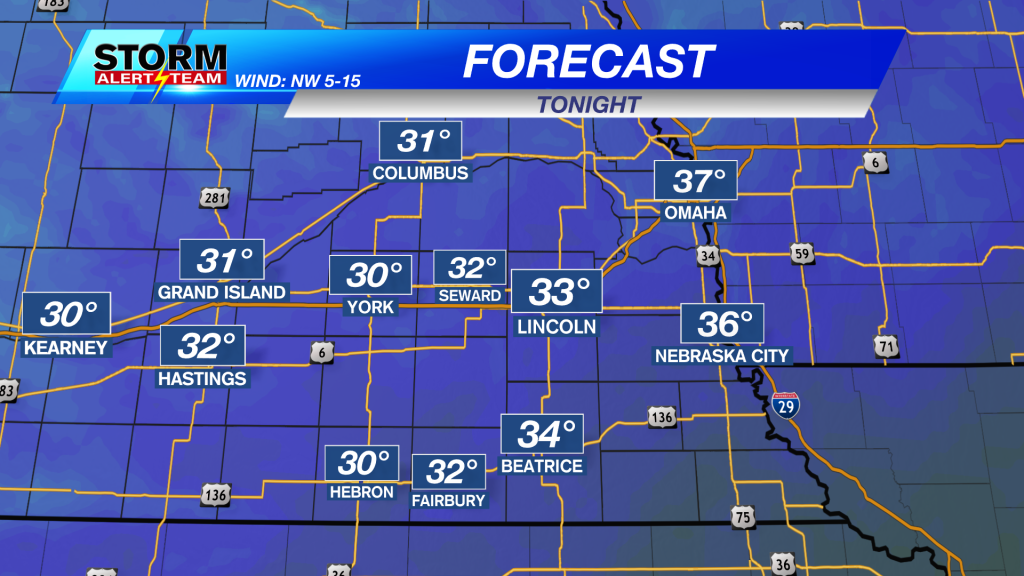 For tonight into early Tuesday morning, the sky is going to clear out and it’s going to cool off. Temperatures are expected to drop to around or below the freezing mark. 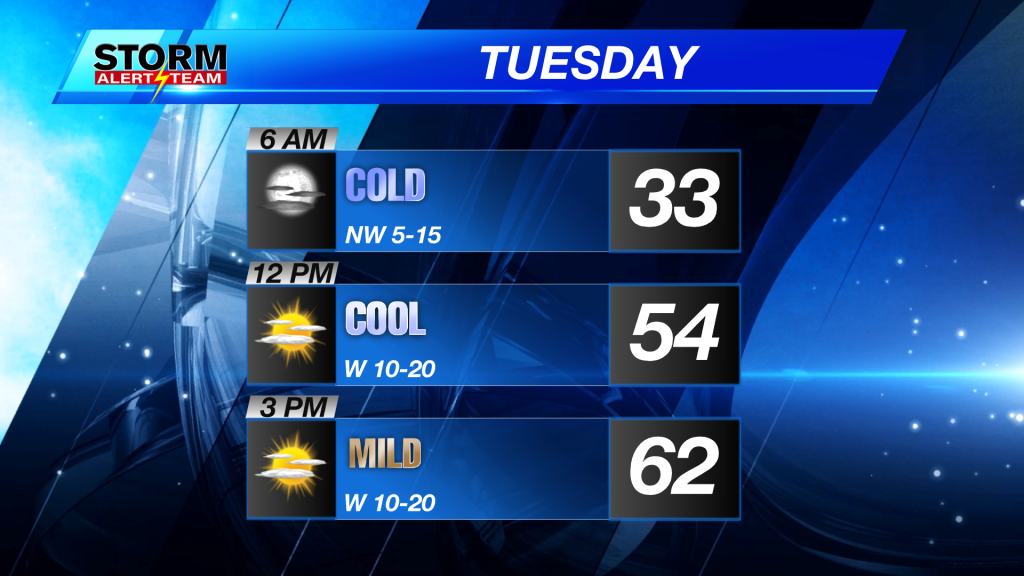 After the chilly start to Tuesday, we warm up nicely and will see highs right around average.