The heat and humidity is going to stick around for Father’s Day! 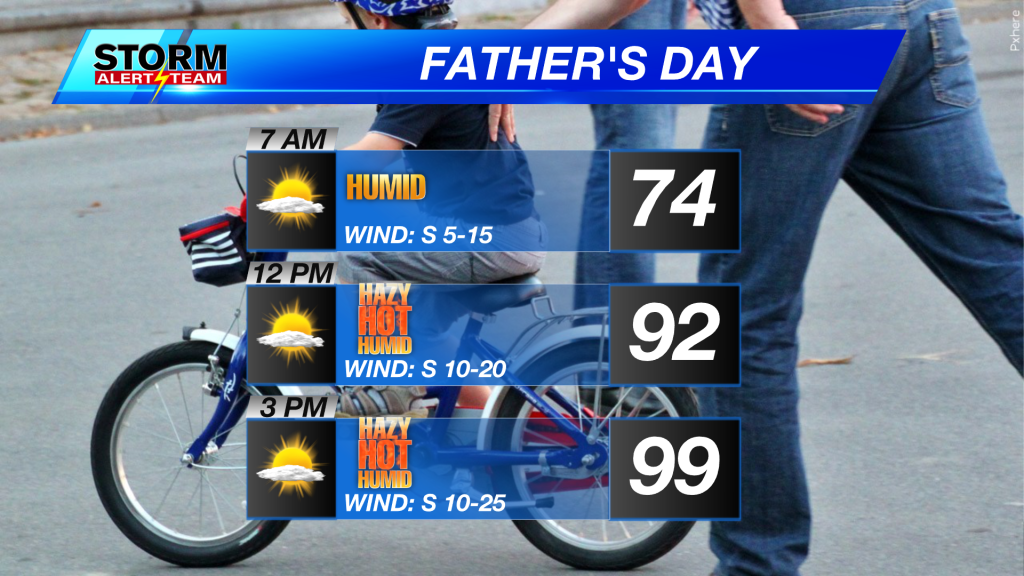 Temperatures are not going to cool off much and we’ll start Sunday in the middle 70s. With mostly sunny skies, we’ll warm up quick and see temperatures in the lower 90s by noon and upper 90s to around 100 by 3pm. The wind will be out of the south at 10 to 25 mph and the dewpoint will be pretty high, in the upper 60s and lower 70s. This will create a heat index in the 100-110 range and because of this, a Heat Advisory has been put in place through Sunday into Monday. 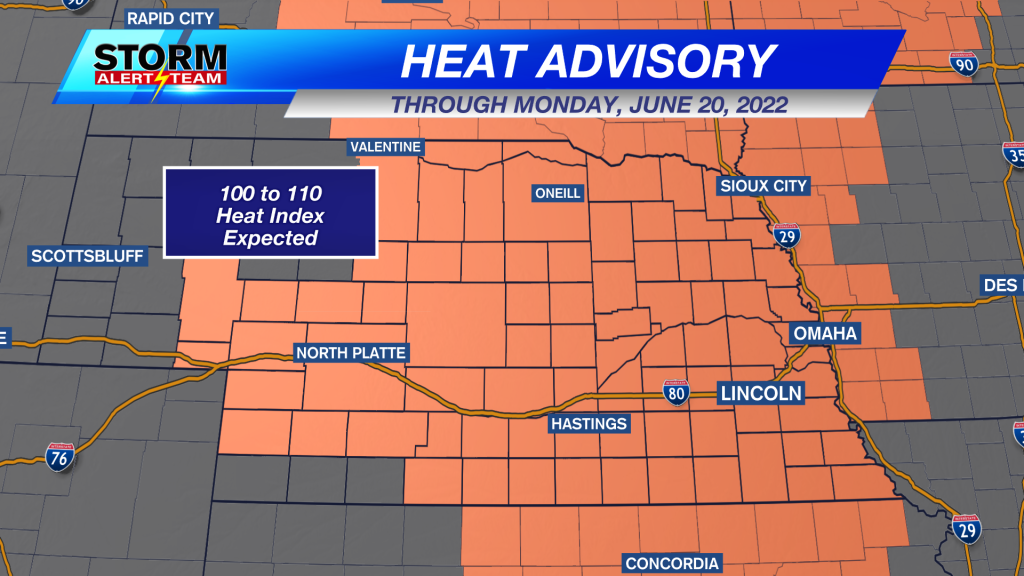 The heat and humidity will stick around through Monday and Tuesday before we start to cool off a little. Scattered showers and storms start to move in Tuesday into Wednesday and that will cool us off by the middle of the week. Highs on Wednesday will “only” be in the upper 80s.

We do warm back up, though. Highs for the rest of the week and into the weekend will be in the 90s. There will be storm chances Thursday and then again later in the weekend. 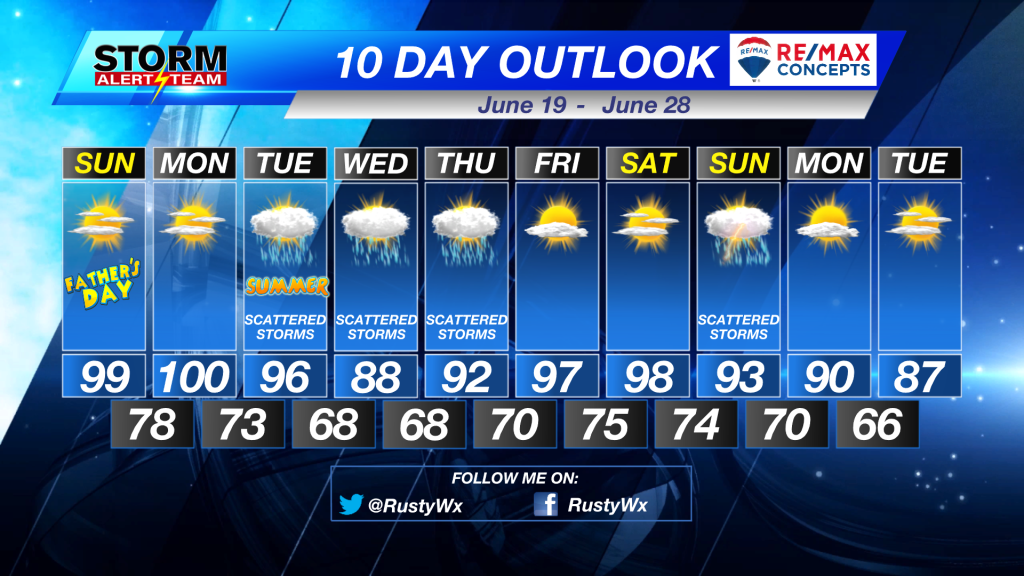