Winds were strong Thursday afternoon, with much of the area seeing gusts from 35-45 mph. Winds have stayed consistent through the overnight hours, giving a milder start to Friday morning with some passing clouds as well.

Southern winds will stick around through the early afternoon, sending temperatures into the lower 60s for a warm, December day. However, the winds will get stronger by Friday evening. 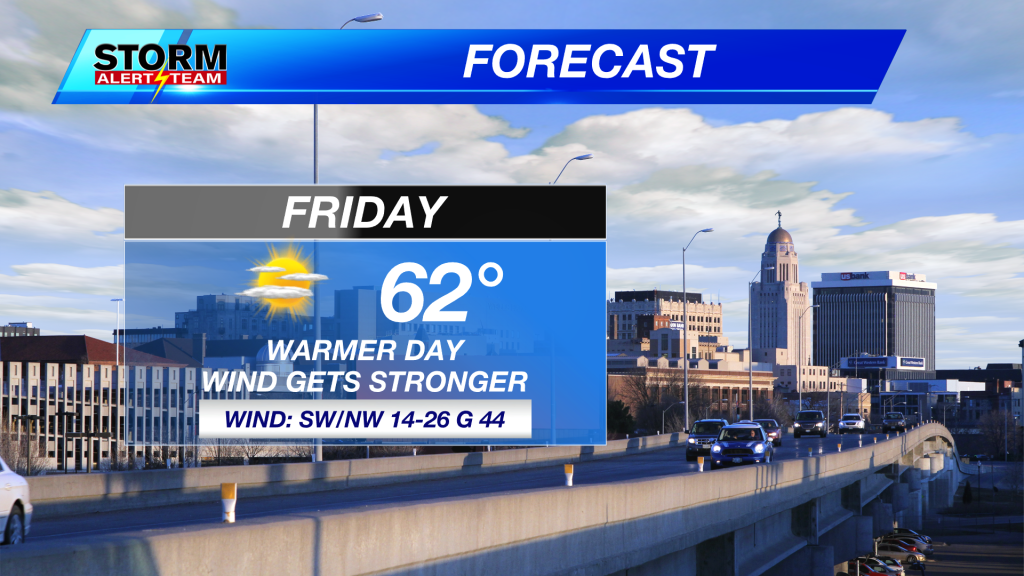 Most of the state as of Friday morning is under either a High Wind Warning or a Wind Advisory. Eastern Nebraska including Lincoln and Omaha are under a Wind Advisory for winds expected to be 20-30 mph with gusts up to 50 mph. The High Wind Warning for most of southern Nebraska is for winds in the 30-40 mph range and gusts up to 60 mph. Both of these alerts were issued for 4 p.m. through 12 a.m. Friday night. 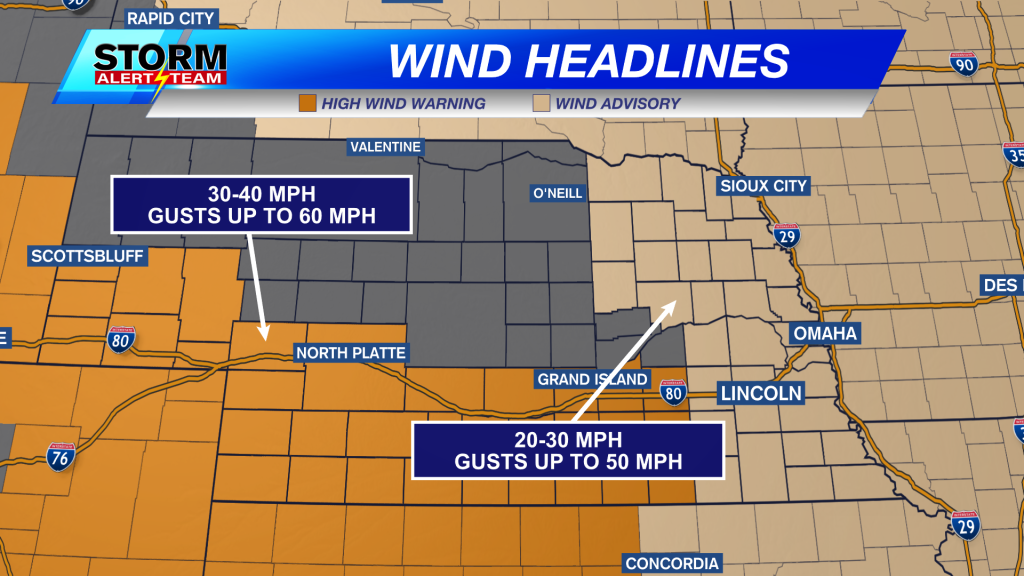 Getting a quick glimpse at what some of the strongest gusts could look like across the area, winds will pick up by the drive home from work and continue through the evening. The strongest gusts will be just after the passage of the cold front, so the winds that will be picking up today will be eventually out of the northwest, bringing much colder air. 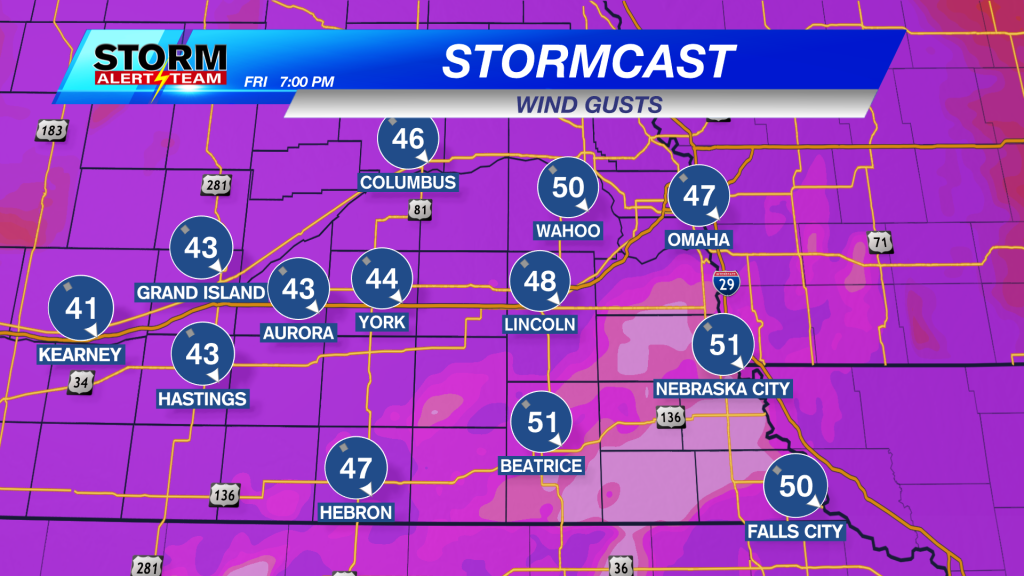 By “much colder air”, we are talking about wind chills in the single digits by early Saturday morning. A drastic change from high temperatures on Friday in the lower 60s. But this is no strange event in Nebraska, and temperatures are expected to be back near the 40s by the end of the weekend. 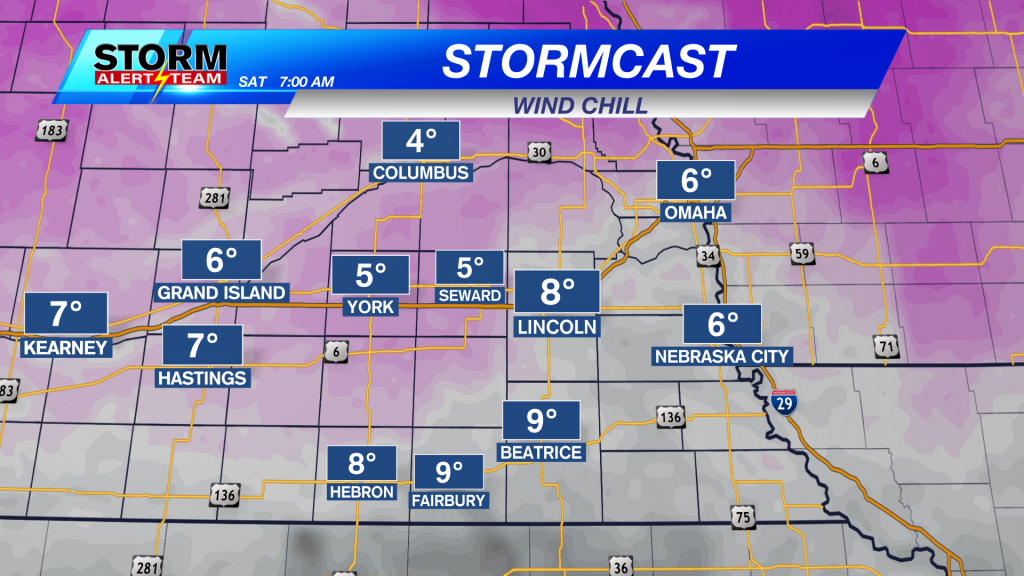 The forecast for now remains dry for some time. Even with this cold front Friday night into Saturday, there isn’t much moisture to bring rain or snow chances with it. The next chance for now to see anything is looking ahead into the end of the second week in December.