Gloomy and cool for the time being

Nebraska experienced a very cold start on Thursday. Low temperatures ranged from the low to mid-20s in the Panhandle to as high as the upper-30s in southern Nebraska. Lincoln reached 34°, breaking the previous record of 36° that was set back in 1963.

Despite the chilly start, sunshine helped push temperatures into the upper-60s and low-70s across southeast Nebraska. The day was mostly sunny, but clouds are arriving from the west as of Sunday evening.

We expect clouds to increase overnight Sunday. It won’t be quite as chilly on Monday morning, with low temperatures near 50° in Lincoln. 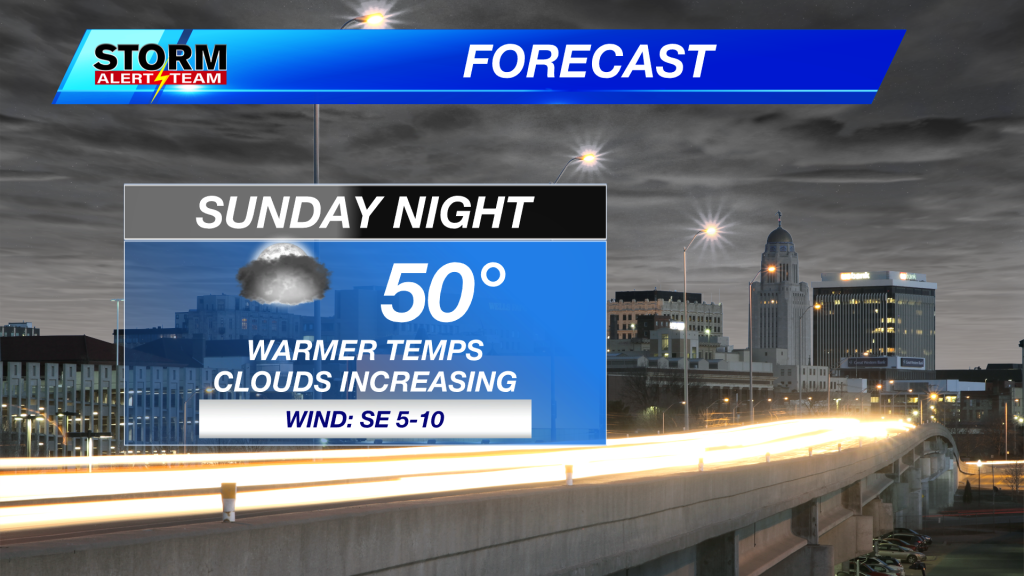 Scattered showers become possible on Monday. This will not be full-fledged thunderstorm activity, just light to moderate rain. We have dry air to work with, so this is something that the rain will have to overcome first. We’re keeping rain chances around all day, but understand that rain won’t reach the ground until the dry air is overcome – which could happen at any point. 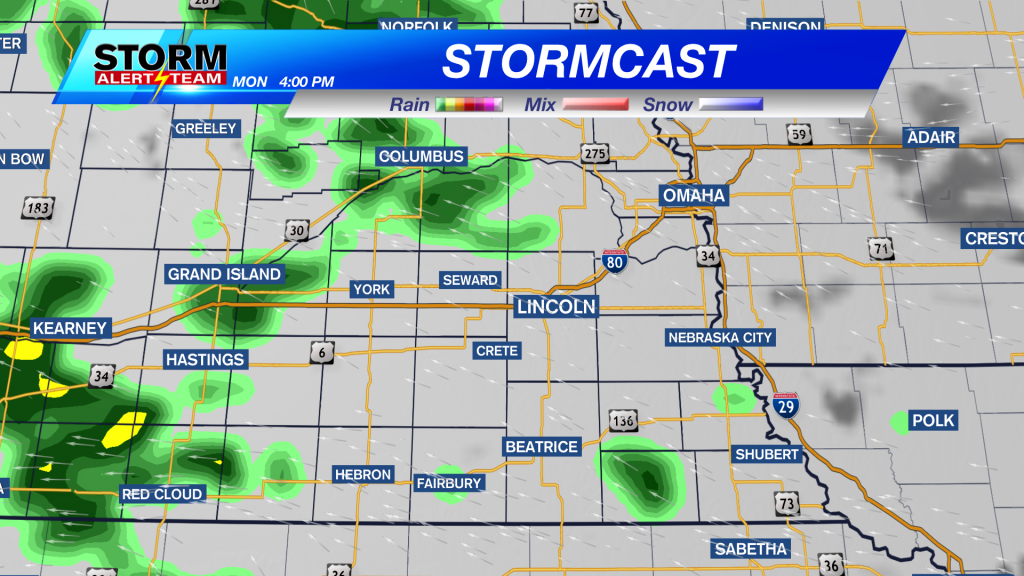 High temperatures depend on when scattered showers arrive. We’re forecasting lower-60s in Lincoln per the latest data, but it will likely be cooler to the west where rain may start to fall sooner. 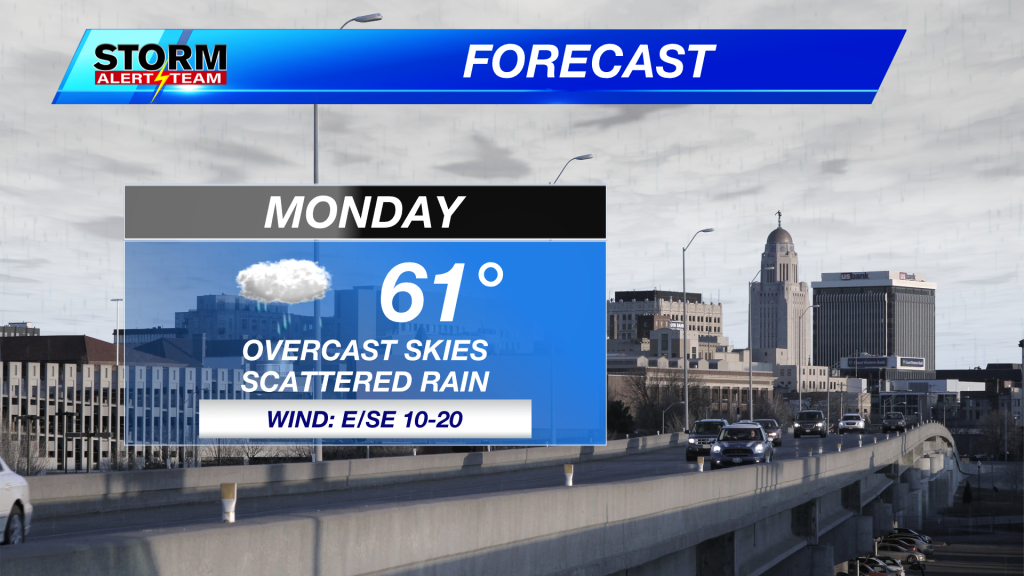 On Tuesday, we expect another cool day along with rain showers. The rain chance appears to be better on Tuesday and may bring more accumulation compared to Monday. Tuesday is another overcast day, with high temperatures remaining in the 50s.

A few passing showers are possible on Wednesday, but the gloomy weather will be on its way out by then. We dry out for Thursday, and temperatures begin to soar. Temperatures should be back in the 80s/90s by Friday and Saturday.