Saturday delivered a much-needed break from the heat and humidity. High temperatures were in the upper 70s to low 80s across southeast Nebraska. That, coupled with dew points in the middle 50s under sunny skies made it feel even better! Skies will remain mostly clear overnight Saturday, with low temperatures in the upper 50s by Sunday morning. 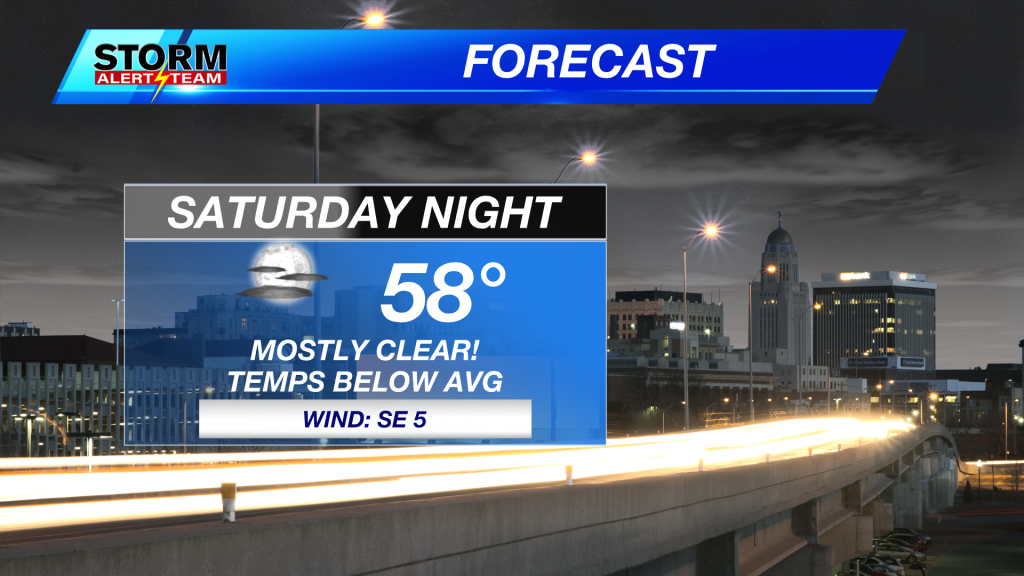 Rain, heat, and humidity all reenter the forecast on Sunday. On Sunday morning, we cannot rule out the chance for a few isolated showers in Southeast Nebraska. These will be hit-or-miss, and most reading this forecast will not see rain. Nevertheless, I’d take the rain gear if heading out on Sunday morning just in case you have to dodge some showers.

While the humidity may not make the air feel too uncomfortable on Sunday morning, it will be back in full swing by the afternoon and especially the evening. The early afternoon on Sunday appears mostly dry as of right now. We’re expecting mostly clear to partly cloudy skies in the early afternoon with a high near 89°. 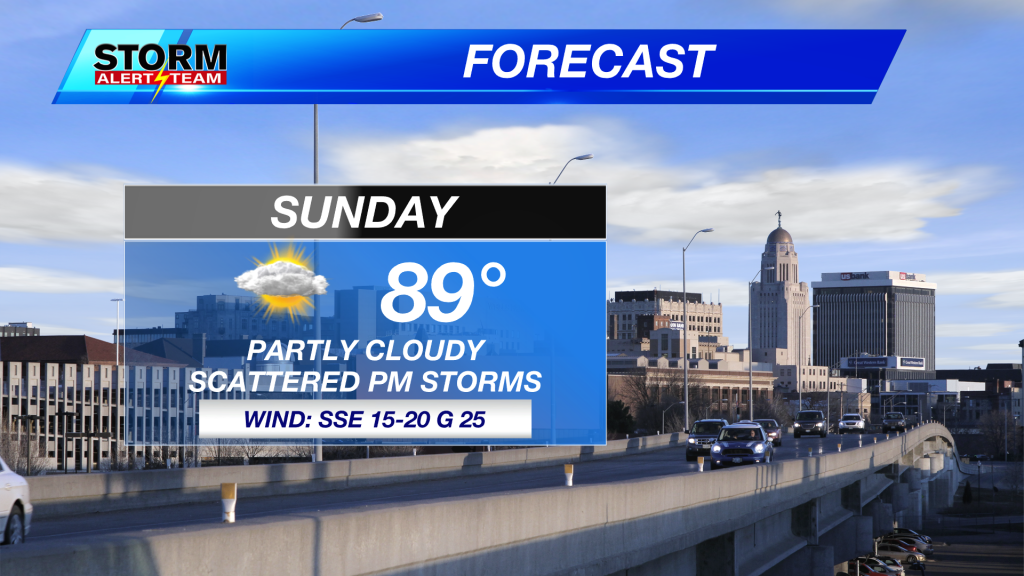 By late Sunday afternoon and early evening, Stormcast indicates the potential for a few thunderstorms to develop in central Nebraska and move into eastern Nebraska. We won’t rule out these storms for Lincoln on Sunday evening. 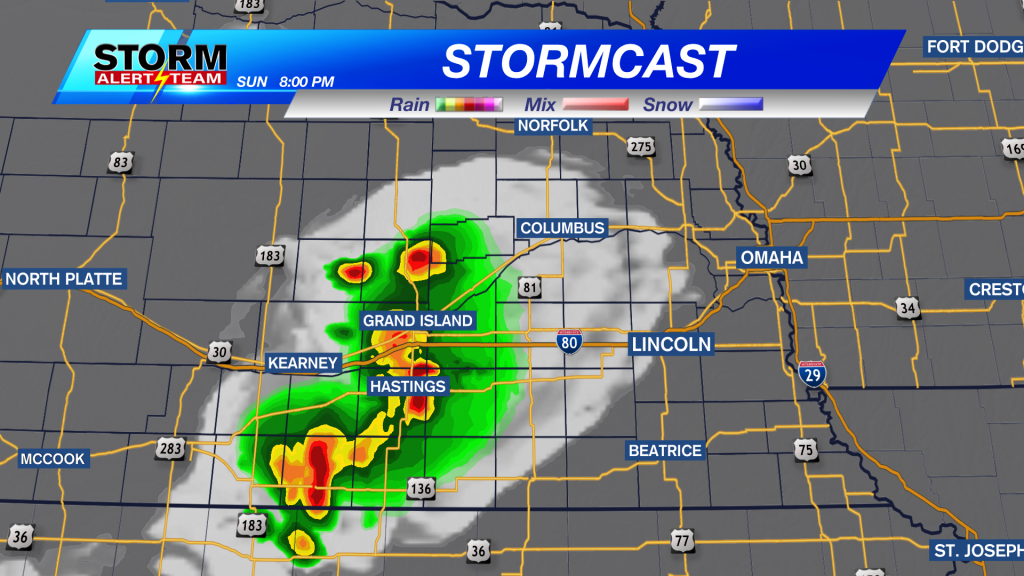 These storms will likely be scattered in nature and may be on the stronger side. All severe weather hazards are possible with the strongest storms, but damaging winds and hail appear to be the primary concerns.

So while everyone will likely NOT experience severe weather, just be aware of the possibility of storms that may be on the strong to severe side on Sunday evening. As is the case with most stormy summer days in Nebraska, the highest rain totals will occur in select locations. In other words, while some may see high rainfall totals, many will not!

Heat, humidity, and rain chances remain throughout next week as well. Monday’s high temperatures should be in the mid-90s with “feels like” temperatures approaching 100° at peak heating. As things look now, storm chances should stick around just about every day next week.