High winds have been blasting southeast Nebraska since just after midnight Thursday.  Peak wind gusts in the Channel 8 viewing area have reached near 70 mph.  We could make a run at surpassing that number Friday.

Several computer models bracket the hours between 10am and Noon Friday for the the highest wind gusts from this two day period.  Winds gusts 60-70 mph look possible, especially towards York, Grand Island, and Hastings. 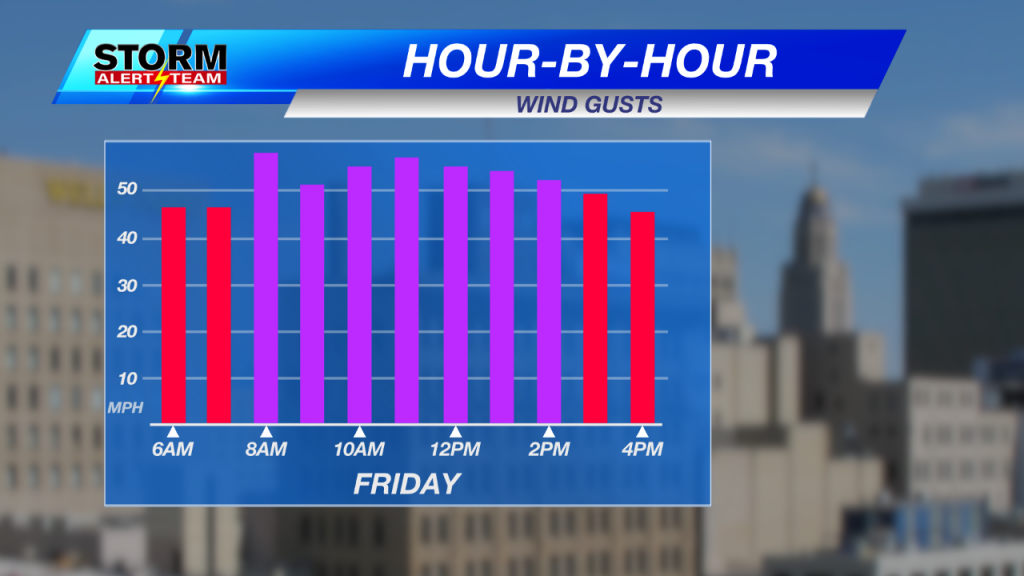 It does appear that winds will begin to ease towards Friday evening, initially gusting 30-35 mph, and gusting in to the teens by Saturday morning.

Temperatures will be cooler through the day, with high temperatures only reaching the lower to middle 30°s.  Combine that with the wind, sustained winds 20 to 30 mph along with the higher gusts, wind chill values will spend much of the day in the lower teens if not the single digits. 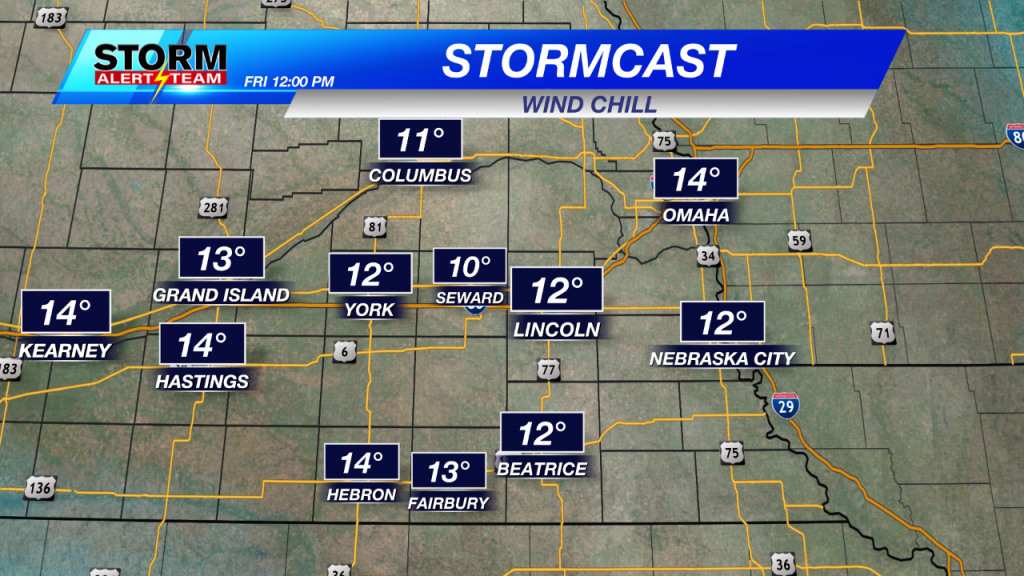 While moisture has been mainly confined to Iowa it is expected to drift west across the Iowa/Nebraska state line Friday.  This will bring a chance of snow showers to far eastern portions of the Channel 8 viewing area. 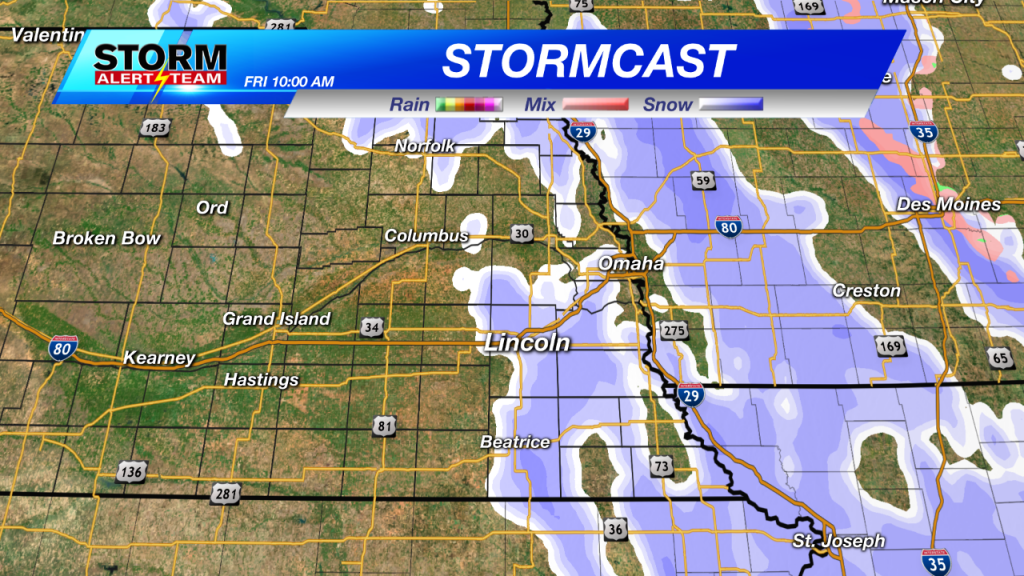 While I am not expecting widespread snow to fall, scattered snow showers will be possible starting as early as after midnight Friday morning.  Snow should not be heavy but combined with strong winds the visibility may be reduced to less than a half mile at times. 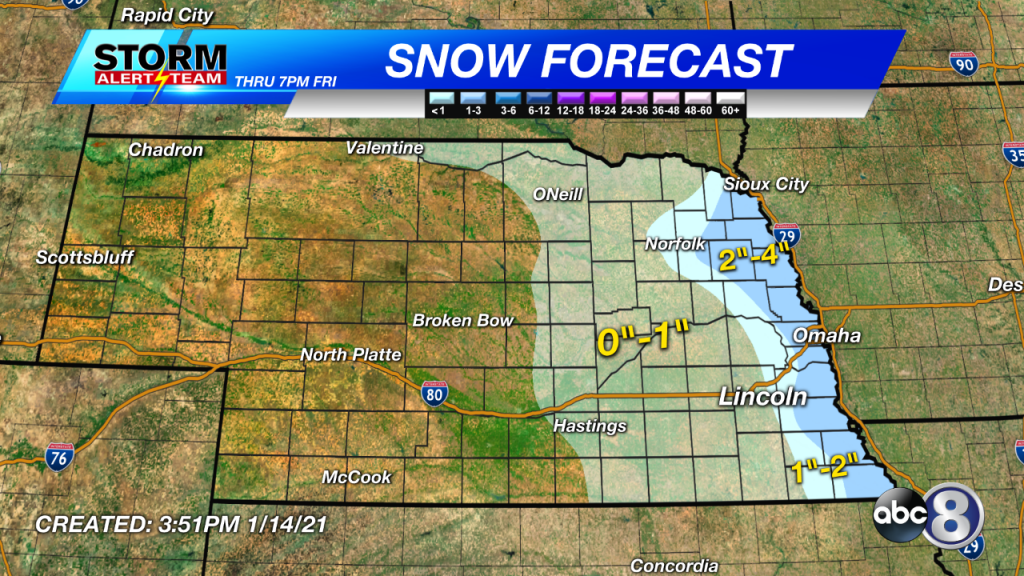 There will likely be a very sharp gradient to snow accumulations.  The highest will fall along the Nebraska/Iowa border where 2″ to 4″+ could fall.  Highest amounts look to be from Omaha and east/northeast.

In the Lancaster County/Lincoln area I am not expecting much in the way of accumulating snow.  A 29-computer model average suggests 1.1″ of snow for the capital city.  Right now, my thought is 1″ or less with higher amounts possible in eastern/northeastern Lancaster County. 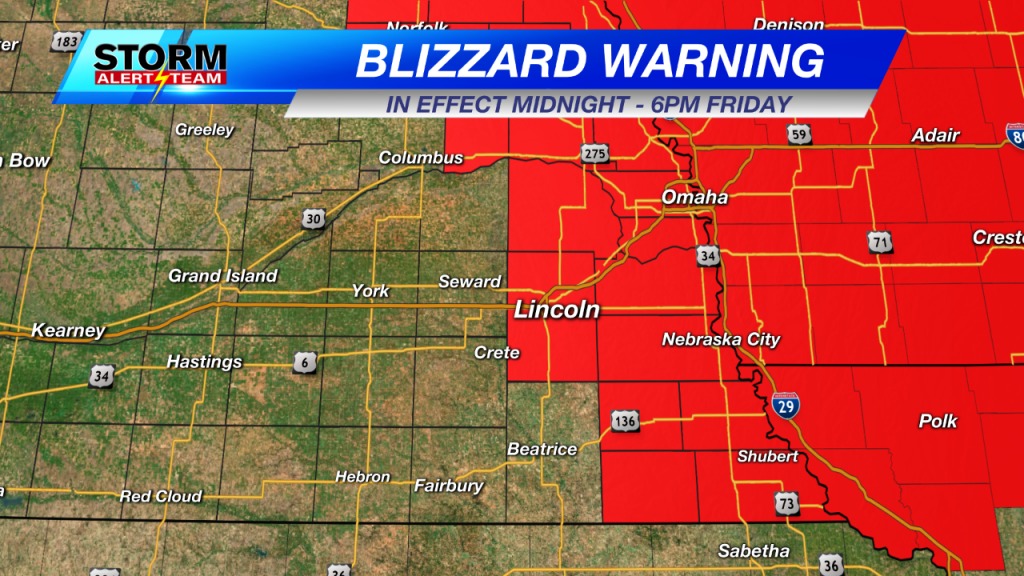 Because of the high wind and the addition of scattered snow showers Friday the National Weather Service has issued a Blizzard Warning for Lancaster County.  The warning will be in effect from midnight to 6 p.m. Friday.

It is important to remember that the criteria for a Blizzard Warning has nothing to do with the amount of snow accumulation.  The criteria for a blizzard is winds gusting 35+ mph for three consecutive hours and visibility 1/4 mile or less.  The reduced visibility is caused by blowing snow. 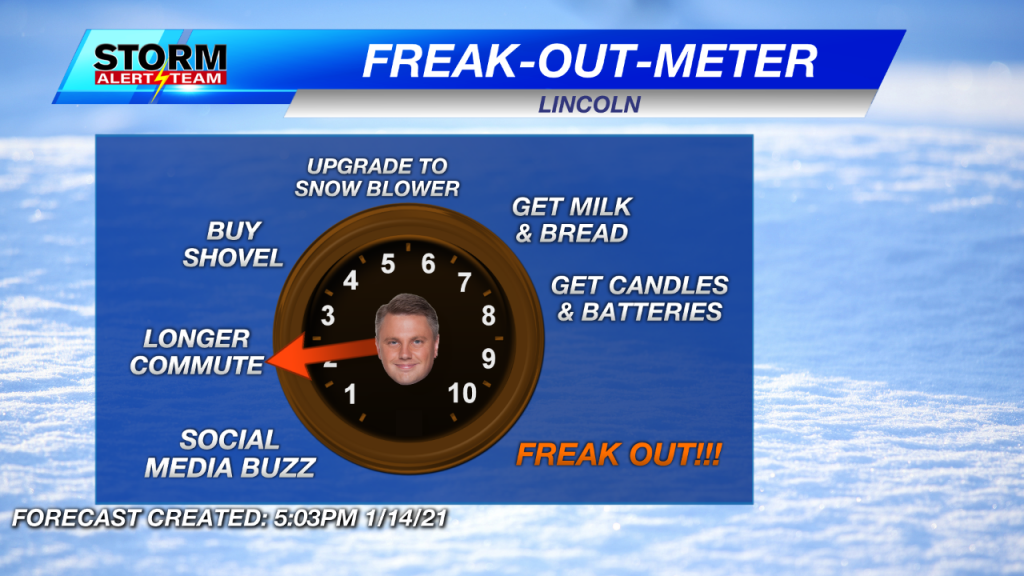 Overall this does not look to be a significant winter storm.  Don’t get me wrong, the winds are very strong and reduced visibility could create hazardous travel conditions.  That being said, I have my Freak-Out-Meter at a 2 out of 10.

'It's kind of like having a parachute': Nebraskans voice opinion on concealed carry bill