We have a few chances for some light precipitation over the next several days. Flurries will be possible Tuesday, then some mixed precipitation possible Thursday and then again Sunday into Monday. Other than that, we’ll see a mix of clouds and sun. Temperatures will be pretty close to normal for early December. Our average high is in the lower 40s. 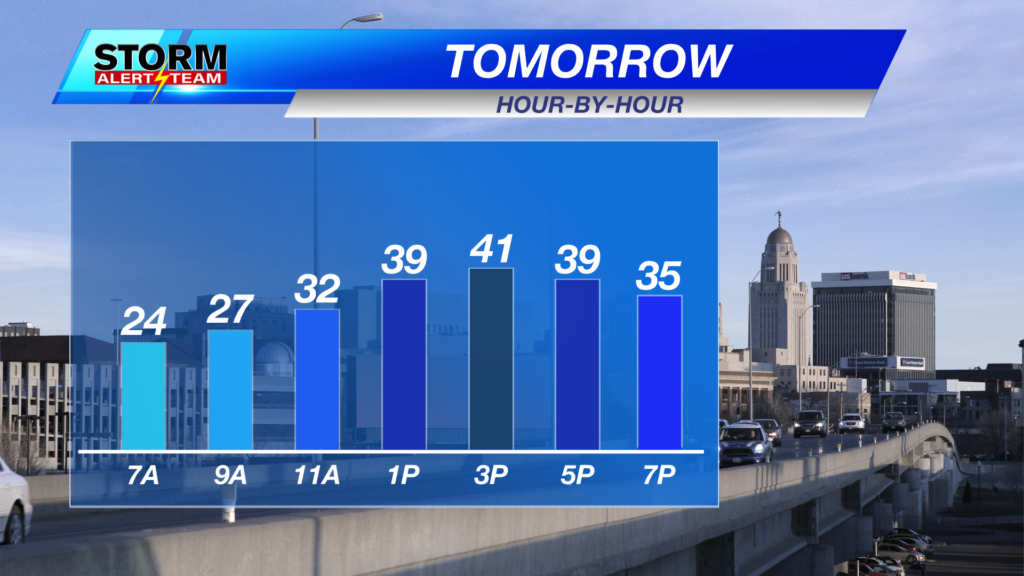 For Tuesday, the day will start in the lower and middle 20s and warm into the lower 40s by the afternoon. A very average December day! Much of the day will be a mix of sun and clouds, but a few flurries will be possible, especially north. The wind will be out of the east at 5 to 15 mph. 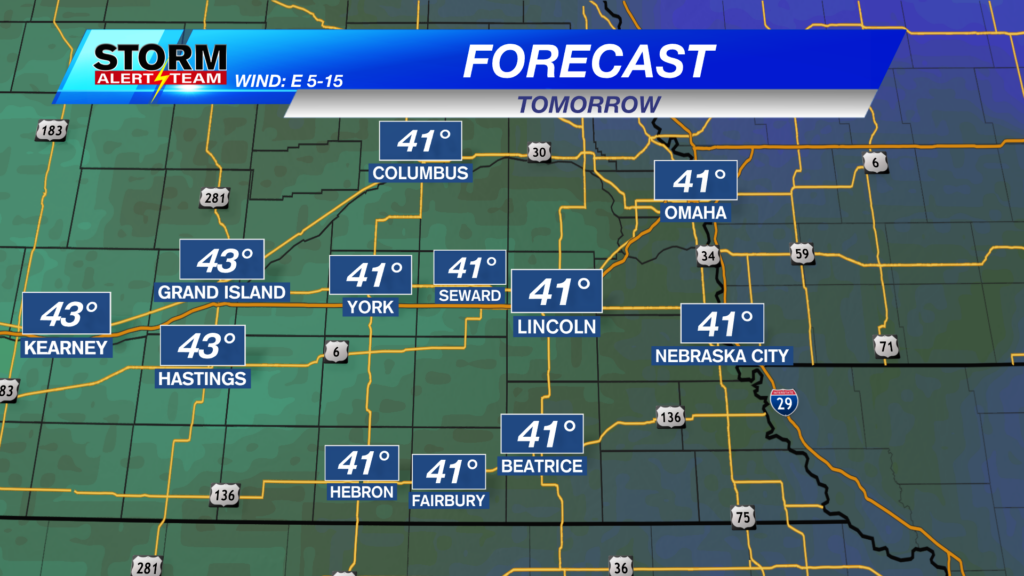 We are all going to see a rather normal day on Tuesday. From Kearney to Nebraska City, highs will be in the lower to middle 40s. 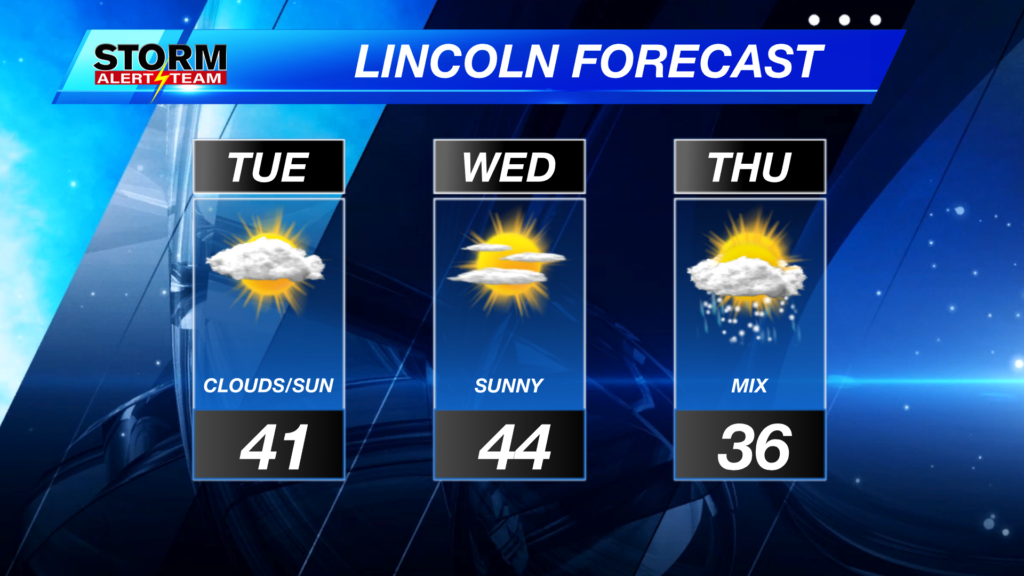 After Tuesday, we have a quiet and mild day on Wednesday, but some mixed precipitation will be possible Thursday. Temperatures will cool off a little bit Thursday, as well.