Hot and humid on Thursday, with evening storms possible

If you didn’t feel the heat on Tuesday, you probably did on Wednesday. Most topped out in the 90s, and the humidity was also there to make things uncomfortable.

A few storms developed in central Nebraska late Wednesday morning. These tracked through northeast Nebraska and have since moved out of the state. We are watching the potential for a few storms to develop in the southwest part of the state and track near the Tri-Cities on Wednesday evening. We do not expect these storms in Lincoln.

However, Lincoln may see the remnant clouds that come from any storms that develop to the west. We expect mostly clear to partly cloudy skies overnight and into Thursday morning. Lows should be near 70° in Lincoln. 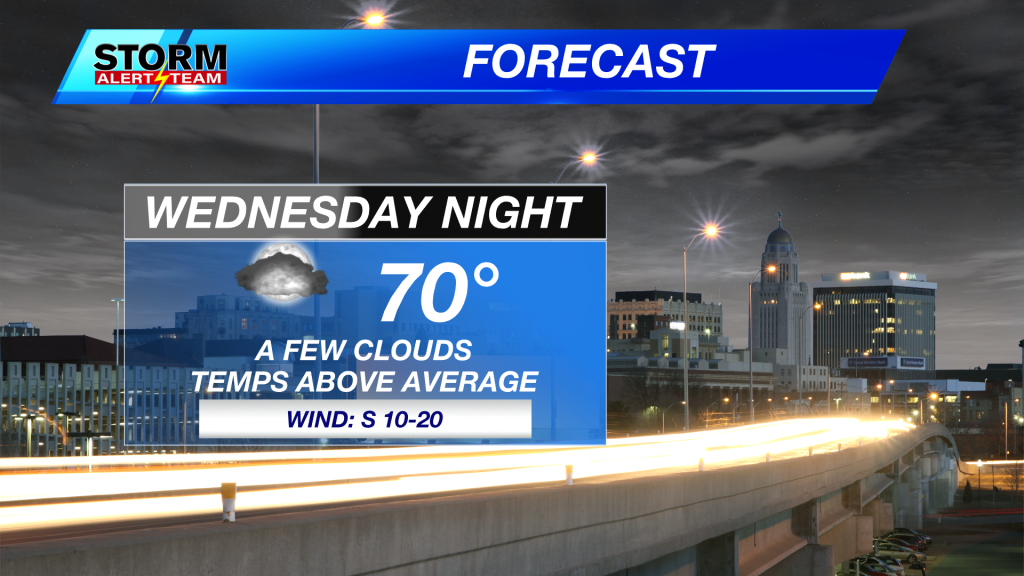 Thursday will be another hot and humid day. We’re forecasting 94° for a high temperature in Lincoln. We do have a storm system approaching, so some clouds will be possible throughout the course of the day. It will be windy too! 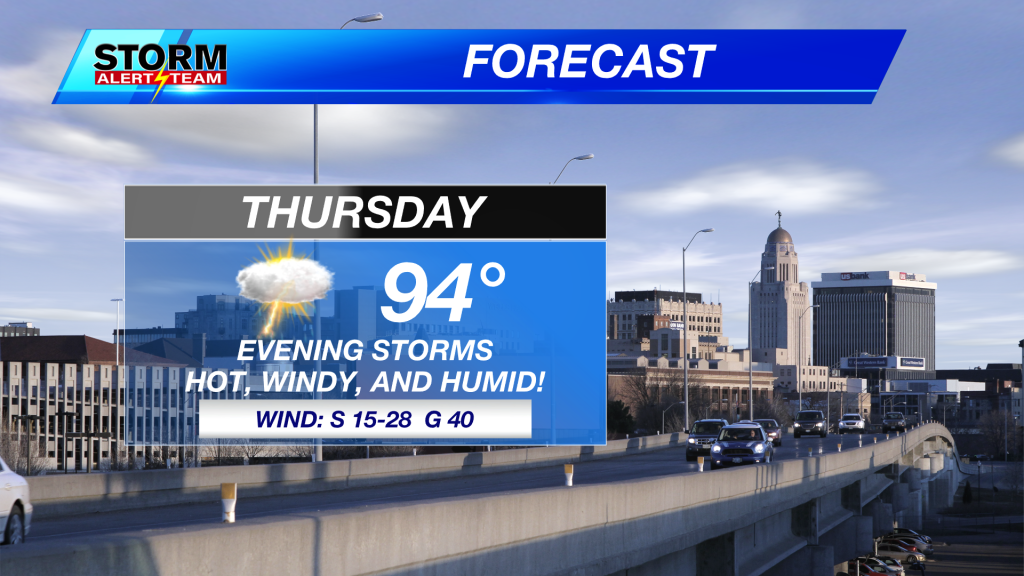 On Thursday afternoon, a cold front will be marching through the state. Anywhere from 1-4pm, storms will start to develop in central Nebraska. These storms will likely grow into a line of storms by mid to late afternoon, approaching the Tri-Cities in the late afternoon and early evening.

As the evening progresses, the storms will continue to march east. Computer guidance is split on the exact timing, but anywhere after 8-9pm is fair game for the storms to arrive in Lincoln. 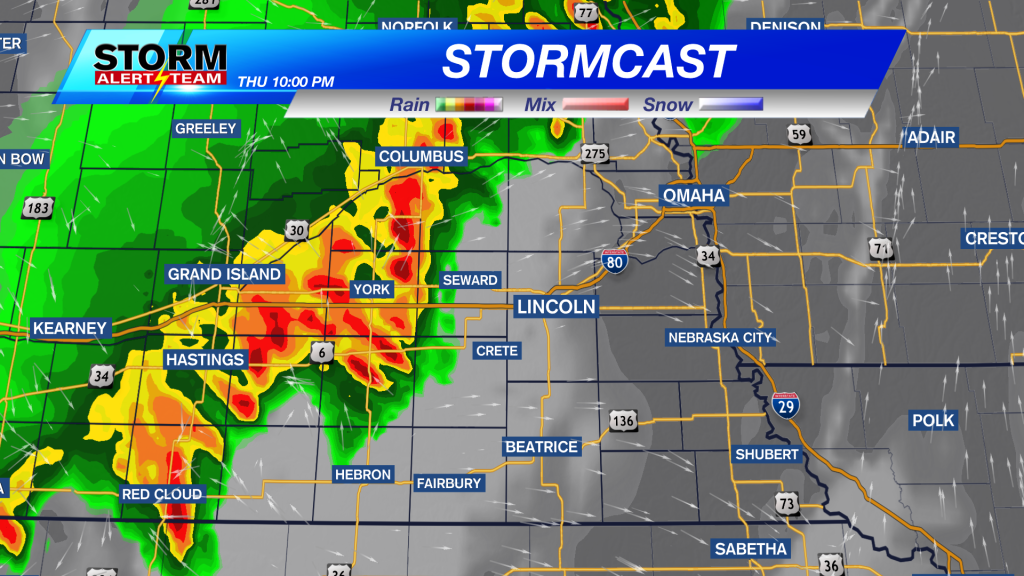 If the storms arrive a few hours after sunset, the loss of daytime heating will help the storms weaken. I suspect this may be the case for Lincoln. The storms should be stronger to the west – and some of these storms may be on the severe side.

Damaging winds are the main issue, with large hail also being a concern. Tornadoes and flash flooding are a lesser concern. Again, the better chance to see any severe weather looks to be west of Lincoln. 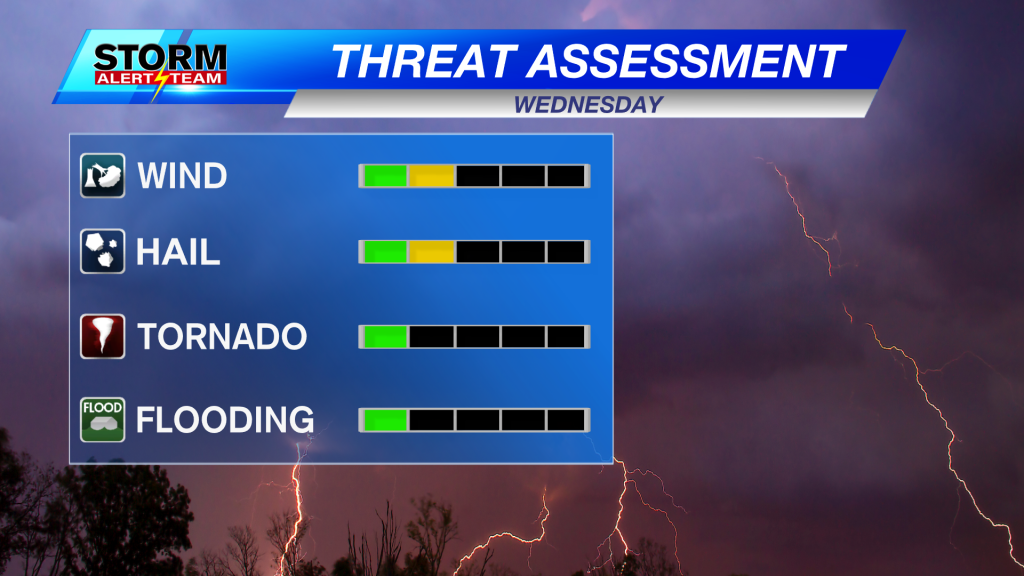 After the storms pass, a cooler air mass arrives. We won’t be nearly as hot on Friday this weekend.