It’s August so temperatures in the 90s are not unusual. What is a tad unusual is the lack of high humidity that normally goes along with it. Because of a dry airmass in and around Nebraska, it’ll be hot, but not that humid! 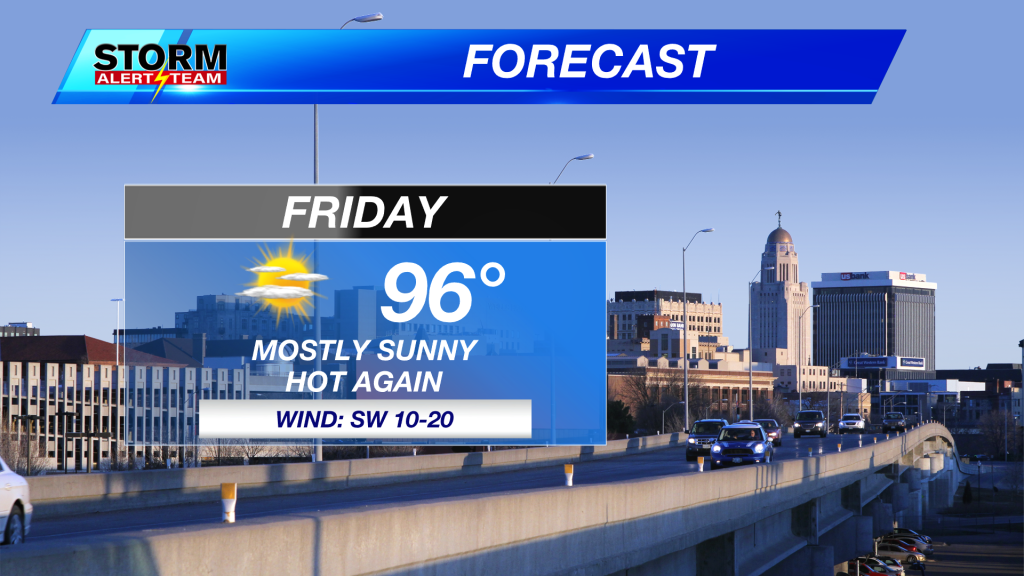 As we head into next week, a weak cold front will sweep though giving us a chance for storms late Sunday into early Monday and then on and off through Tuesday. After Tuesday, the chances for rain drops off quite a bit.

Along with the small rain chances, we’ll see temperature drop off somewhat by Monday. Highs through much of next week will be in the middle 80s!