Mollie Tibbetts disappeared in 2018 and her body was found later in a cornfield, now, the man charged for her murder is going to trial.

LINCOLN, Neb. (KLKN)- In 2018, 20-year-old University of Iowa student Mollie Tibbetts went for an evening jog and was murdered. On Monday, the murder trial of the Mexican farmworker accused of fatally stabbing her began with jury selection.

26-year-old Cristhian Bahena Rivera has been charged with the first-degree murder of Mollie Tibbetts. This case garnered national attention from former President Trump when he made Bahena Rivera, an undocumented worker, an example of what he called a broken U.S. immigration system. 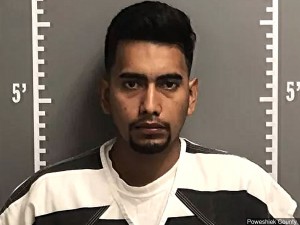 Officials say jury selection should take two days. Opening arguments in the trial are set to begin on Wednesday at the Scott County Courthouse in Davenport, Iowa. Behena Rivera has pleaded not guilty.

The first hurdle the prosecutors and defense attorneys will face will be finding an impartial panel of people to hear the case. Right now, they’re looking at a pool for over 170 potential people that will be narrowed down to 12 jurors and three alternates.

The newspaper the Des Moines Register reported that nine of the first 12 would-be jurors that were questioned on Monday said they have some familiarity with the case, and five said they already had an opinion formed.

Scott Brown, a prosecutor on the case, warned the potential jurors on Monday that some of the evidence expected to be shown will be difficult to stomach.

“We’re going to talk about the violent death of a young girl, Mollie Tibbetts,” Brown said. “It’s not going to be pleasant.”

Mollie was a sophomore at the University of Iowa studying psychology. She disappeared on July 18, 2018, after taking an evening jog in the rural farming town of Brooklyn, Iowa, a close-knit community just 68 miles east of Des Moines of about 1,500 residents.

When Mollie went missing, a search that included hundreds of law enforcement officers was launched and a reward of about $400,000 was raised for any information leading to her safe return.

A break in the case came when police found security camera video of Mollie out jogging and they noticed she was being followed by a Chevrolet Malibu that was linked to Bahena Rivera, who worked at a nearby dairy.

Allegedly, during an interview with investigators, Bahena Rivera told them he saw her running, got out of his car, and ran alongside her, the arrest affidavit says.

Also in the affidavit, Bahena Rivera allegedly told the police that he got angry, killed Mollie in a panic, and “blocked” his “memory”. According to authorities, Bahena Rivera told them he couldn’t remember anything about the incident until he got back in his car, drove to an intersection, realized Mollie’s earpiece from her headphones was in his lap, and remembered he had put her body in his trunk.

The affidavit reads that he drove to a cornfield and dumped Mollie’s body. According to police, on August 21, 2018, Bahena Rivera led investigators to the cornfield where they found her body covered in leaves.