More sunshine, less windy conditions, and warmer temperatures are coming for the weekend.

Saturday starts out on the cold side.  Under clear skies and light winds, temperatures will drop to the lower and middle 20°s Saturday morning.

Mostly sunny skies are expected throughout the day Saturday.  Temperatures will top out in the upper 60°s to lower 70°s.  Don’t get surprised by the forecast highs.  Those temperatures will not occur until late afternoon – 4 p.m. – 6 p.m.  This means you may want to dress in layers if attending the Nebraska Football Spring Game. 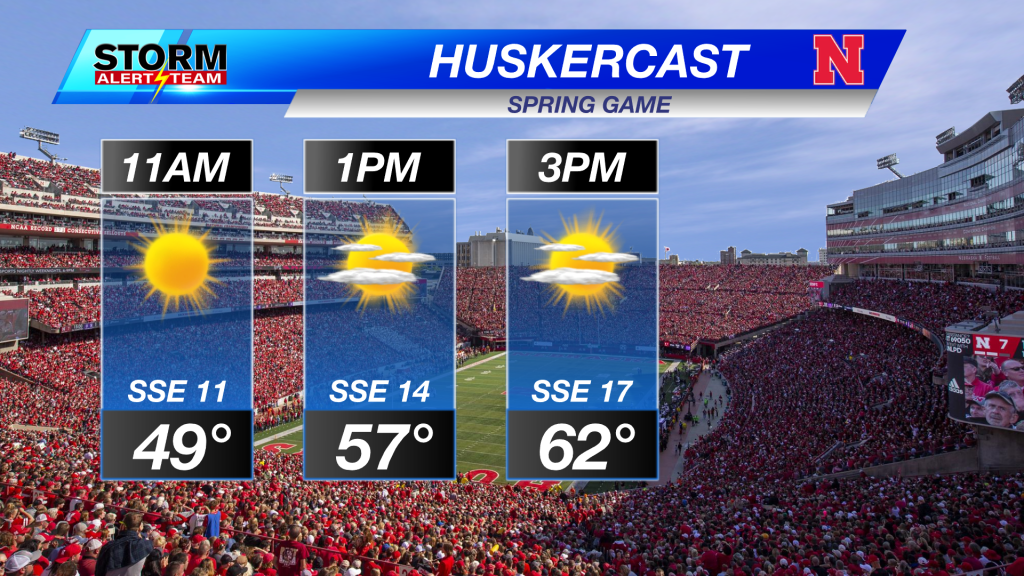 Sunday will likely be greeted by a few more clouds but temperatures should be above normal Sunday afternoon.  Highs should be around 70°.