We continue to watch a weather system come out of the Rocky Mountains.  It is relatively disorganized and bring a light amount of precipitation to southeast Nebraska.

It will initially start out as rain for most of the Channel 8 viewing area tonight through Wednesday morning. 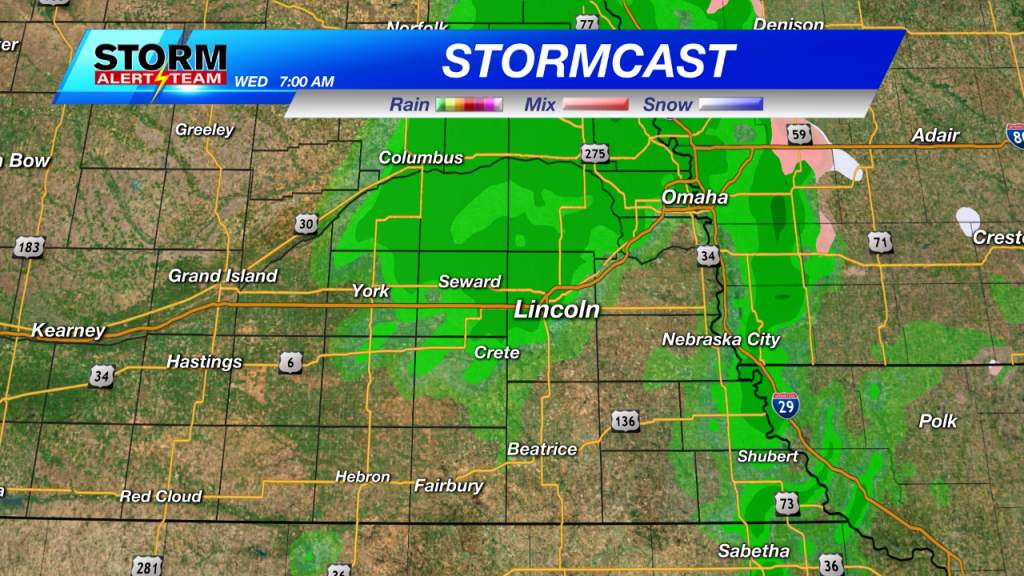 The image above shows a computer model’s projection of radar imagery at 7 a.m. Wednesday.  As you can see, the precipitation does not look to be very heavy.

While often we would be concerned about ice on a January morning, temperatures will be just above freezing to the middle 30°s for the morning.  So this should just be rain falling. 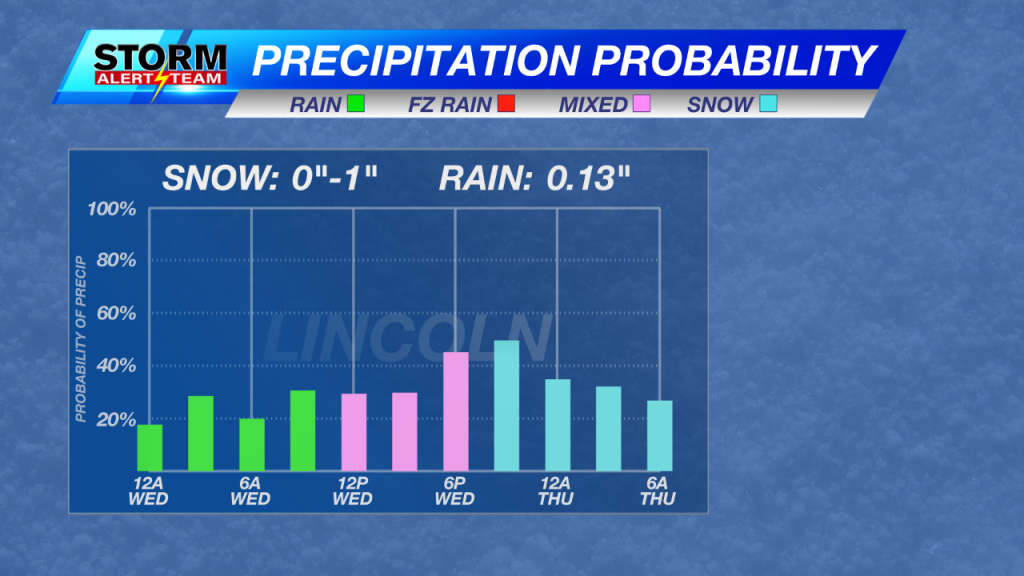 Latest computer model projections keeps the precipitation in liquid form through the morning.  Even in to the afternoon it will be predominately rain, with a few snowflakes mixed in.  The best chance for the precipitation changing over to snow will be Wednesday evening through early Thursday morning.

Why so much rain/mixed precipitation?  Warm air (above 32°) is expected to reside from the ground to 4,000 feet above the ground.  As the precipitation falls as snow, it enters the warm layer of air and melts on its way to the ground.  As colder air fills in at the surface, that is when it will change over to all snow.

At this point it does not look like we will see a lot of snow out of this system. 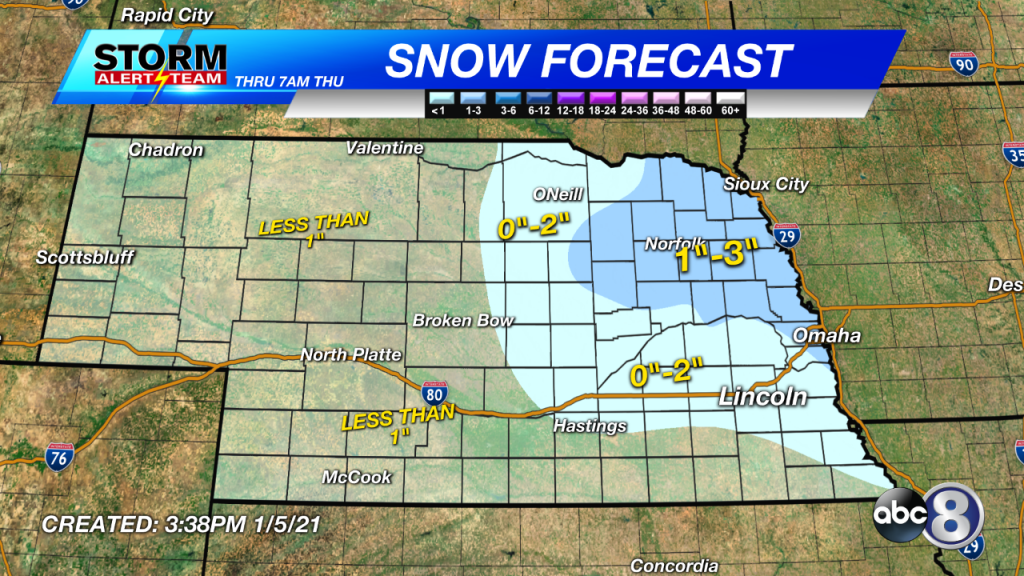 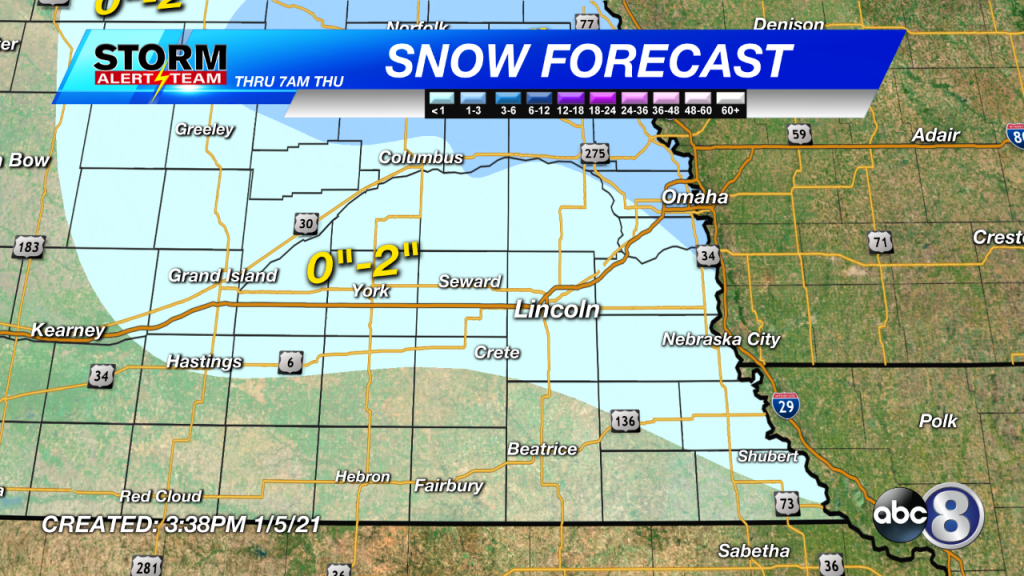 The highest amounts should fall over the northeast corner of the state.  The amounts will quickly drop off as you go west and/or south.  Here are a few city specific forecast snow amounts:

This does not look to be a significant “event” for Lincoln.  So I’ve got my exclusive Freak-Out-Meter at a high 1 out of 10. 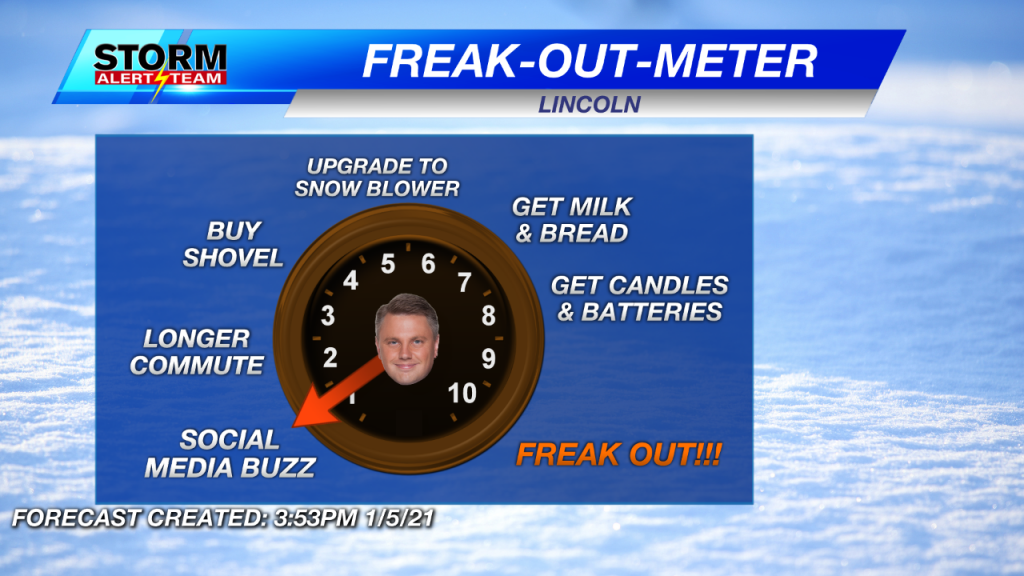