According to the Lincoln Police Department, burglaries and accidents were down in 2020, while larceny from automobiles and violent crime increased.

On Friday, the Lincoln Police Department released crime statistics from the past year.

2020 was an unprecedented year, in large part because of the coronavirus pandemic, which begs the question, did COVID-19 have an impact on crime trends in Lincoln. Interim Police Chief Brian Jackson says the Lincoln Police Department has made those connections in evaluating crimes from the past year.

“There are crime types that we can look at and go, ‘But for COVID, would they have changed?’ That’s the question,” Jackson said. “But we look at it and kind of attribute it towards a COVID impact.”

Interestingly, violent crime also increased in 2020 almost 20% compared to a five-year average and nearly 16% compared to 2019. The increase in violent crime is curious considering the fact that the pandemic forced people to spend more time at home. However, following the death of George Floyd, demonstrations and peaceful protests were held across the country, including here in Lincoln. Some of those protests got violent. Jackson says those protests may have played a role in the increase of violent crime in the city. 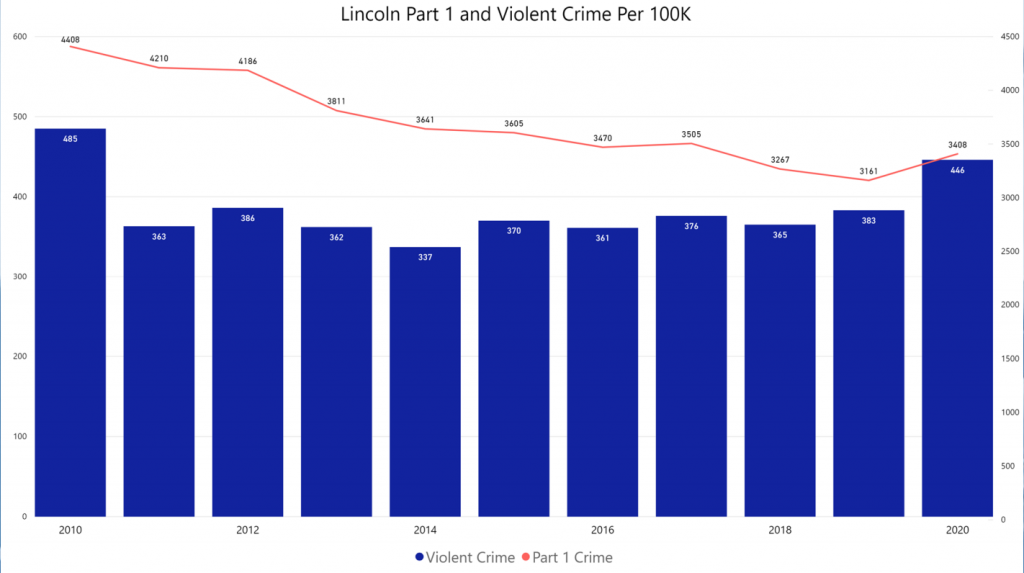 “I would probably attribute violent crime, maybe more to the summer of unrest across the country, as opposed to COVID,” Jackson said. “If people aren’t at restaurants or bars like they normally would, some of the normal events that are events that could occur there would reduce those numbers, but our numbers are up. So it’s a hard way to identify what’s being more impactful: Just the general trend toward violence or COVID?”

Despite the relative increase in violent crime, statistically, LPD found that Lincoln is safer than other communities its size, including cities like St. Louis, Buffalo, Cincinnati, and Orlando. 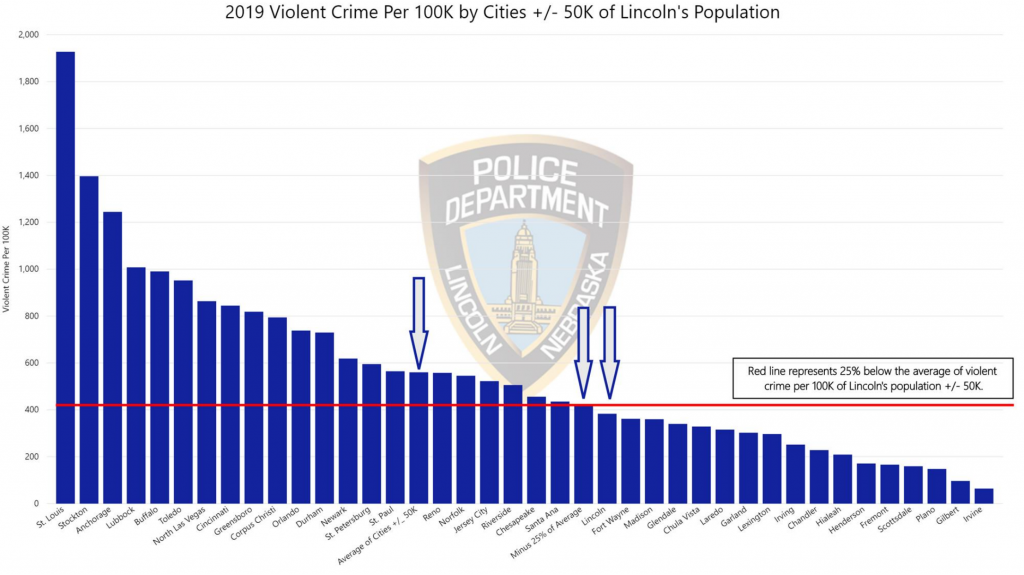 One notable crime trend that has emerged over the past ten years is that sexual assault reports have doubled, from 144 to 288.

“Part of these are attributed to the Me Too movement and increased consciousness of this crime,” Jackson said. “While the numbers continue to be fairly low as it impacts our overall violent crime rate, it is something we look at very closely and take very seriously.”

Another trend that has emerged over the past ten years involves LPD hiring practices. LPD has increased its hiring rate of new police officers, but applicants have rapidly decreased. According to Jackson, this trend isn’t specific to Lincoln, but he says LPD will continue to be proactive about the situation.

“We are engaging in processes that have tried to improve the number of applicants and the diversity of our applicants into our hiring pool,” Jackson said.

Jackson refrained from making predictions about crime trends in 2020 could portend for 2021, but did note that as more cars get on the road when COVID-19 restrictions are lifted, he would not be surprised to see more automobile accidents.

With such an unusual year in the rearview window, how useful can last year’s crime statistics be in projecting what could lie ahead in 2021?

“The numbers are the numbers,” Jackson said. “The future will dictate what 2020 and those numbers will actually mean. As an agency that focuses on problem solving, we’re always looking for crime spikes, crime trends, and the ability to impact those as early as possible in a crime scenario, a crime process, we are trying to impact that as early as we can. And we constantly do that.”