It has been a fantastic day around southeast Nebraska.  Mainly sunny skies and temperatures several degrees above normal (normal: 69° in Lincoln).  Temperatures have risen in to the lower and middle 70°s.  This is the start of a trend for the next couple of days.  Sunshine and warmer temperatures.

Not as cool tonight. Under mostly clear skies tonight and temperatures drop to the middle and upper 40°s. 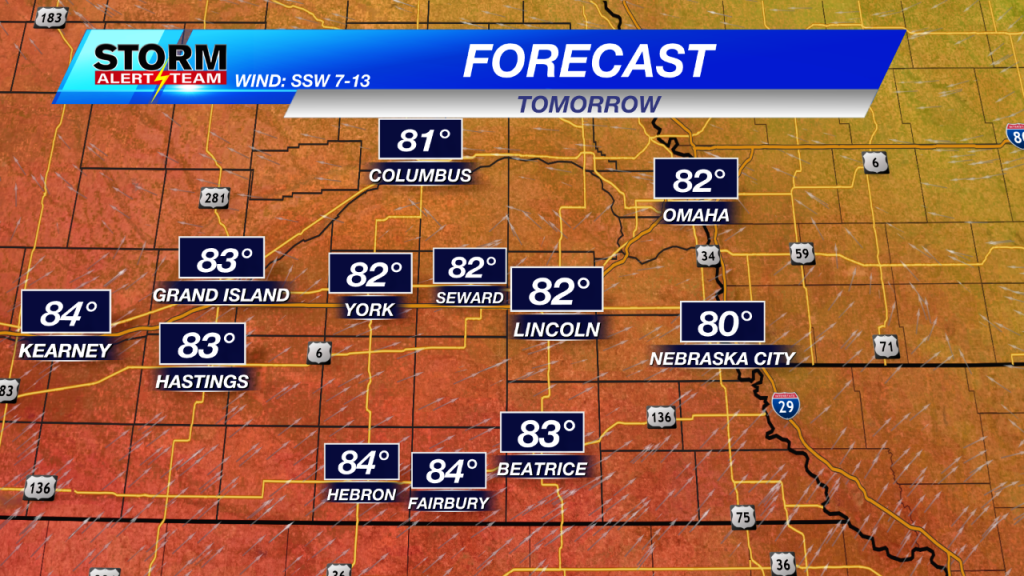 We’ll have mostly sunny skies Friday and temperatures go even warmer.  Highs will be in the lower 80°s.

Skies will remain sunny for Saturday.  Winds will increase out of the southwest, gusting 30-35 mph during the afternoon.

There remains some questions as to how warm it will get Saturday afternoon.  A lot of it will depend on how much moisture there will be in the air.  Some computer models suggest dew points (the measure of moisture in the air) will only be in the
lower 40°s.  Others suggest dew points climb to the 50°s.  This is an important detail as drier air is easier to warm.  So, if dew points remain in the 40°s I think high temperatures will be around 90° Saturday.  If the air has a little more moisture
to it, it is not as efficient at warming, so highs will be in the middle 80°s.  Right now I think the temperature could top out at 89° in Lincoln, but I do think central parts of the state will reach 90°.

A cold front approaches the area Sunday.  This brings a chance for showers and thunderstorms Sunday afternoon through early Monday morning.  At this time severe weather does not appear to be a threat. 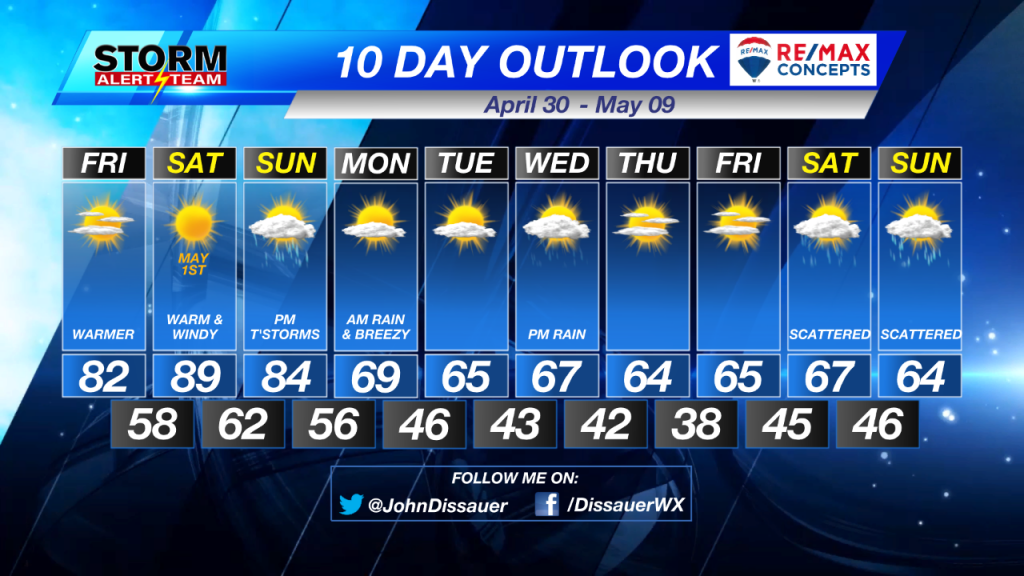