After seeing highs in the lower 50s on Monday, we’ll do that one more time before we cool down for the second half of the week. That’s short lived, though, as more warm air is set to move in by the weekend. Above average temperatures are expected through much of next week! 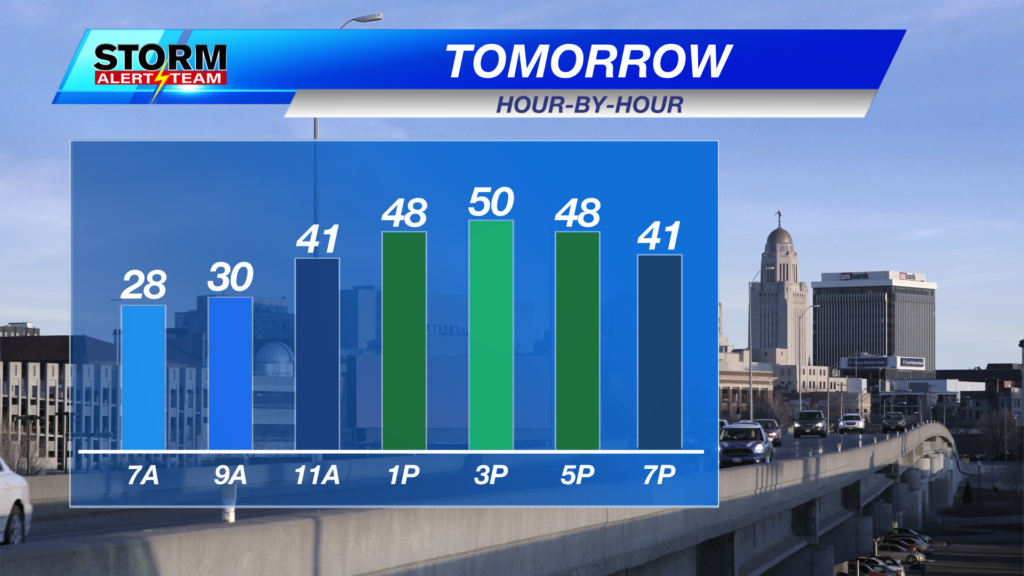 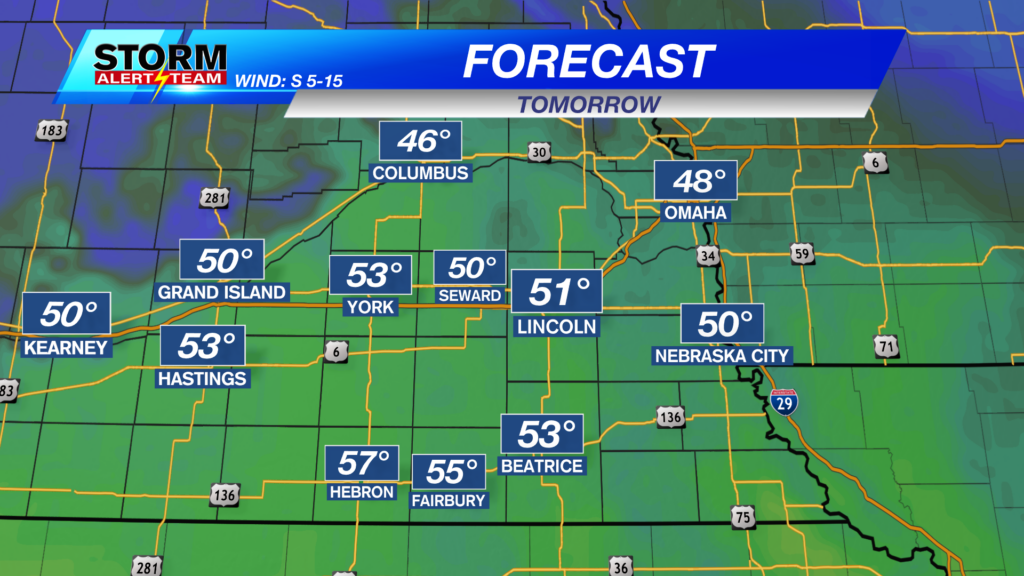 Most of south central and SE Nebraska will be mild Tuesday. But you don’t have to go much further north or west and you’ll see highs in the 30s. Those are the areas shaded in blue (above). 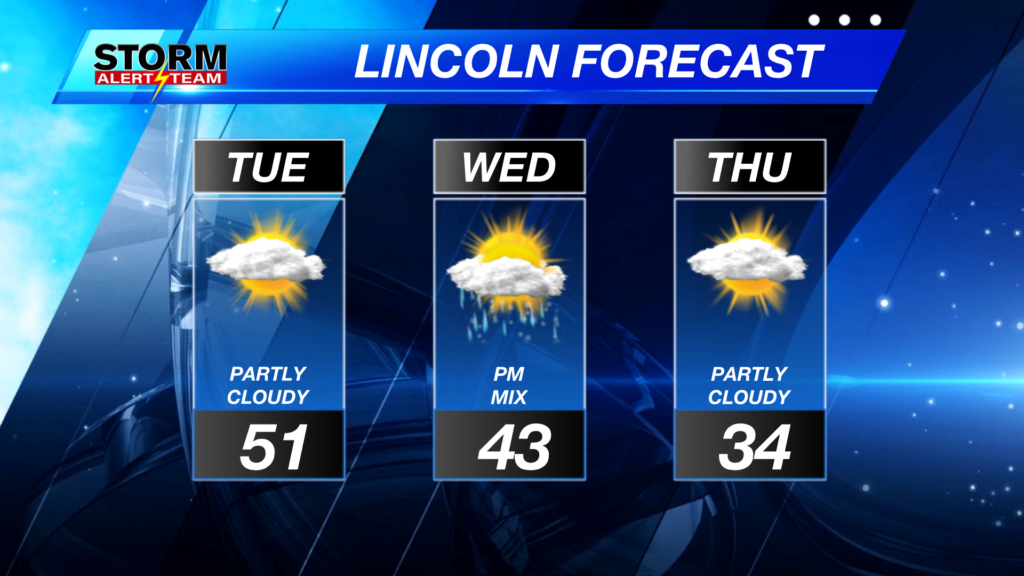 We’ll be above average Tuesday and Wednesday, but a cold front will move through later in the day Wednesday. That cold front will keep us from warming too much more Wednesday and then keep us near normal for Thursday. We’ll also see a rain/snow mix Wednesday evening. 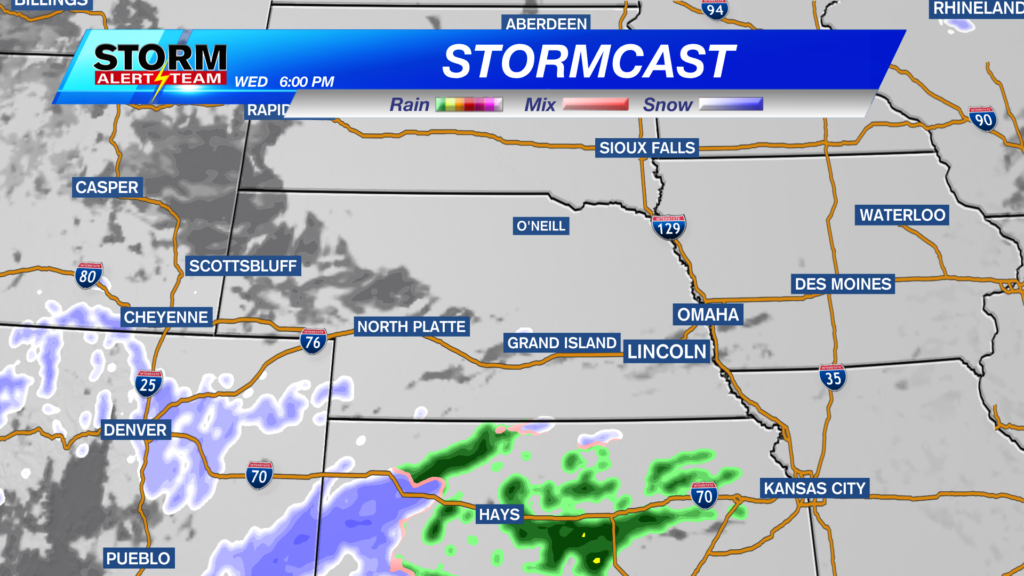 Most of the rain and snow will stay to our south, but a few raindrops and/or snowflakes will try to make it into south central and SE Nebraska Wednesday evening.