More heat on the way for Thursday

While the vast majority of Wednesday was dry, there were some storms in the area early Wednesday morning. Areas east and northeast of Lincoln – such as Waverly – saw upwards of 1″ of rain. Locations closer to town likely experienced in the ballpark of a quarter to half an inch of rain, with a few spots seeing slightly less.

After morning showers cleared out, the sun came out which warmed temperatures into the upper 80s to around 90 in Lincoln. Despite temperatures being about 10 degrees cooler compared to Tuesday, the humidity made temperatures feel like they were in the upper 90s for a good chunk of the afternoon.

We’ll keep the mostly clear skies for Wednesday evening and overnight in Lincoln. While Lincoln should remain mostly dry, I wouldn’t be shocked if a few isolated showers moved towards areas father west – like the Tri-Cities. Lows on Thursday morning will be near 72° in Lincoln. 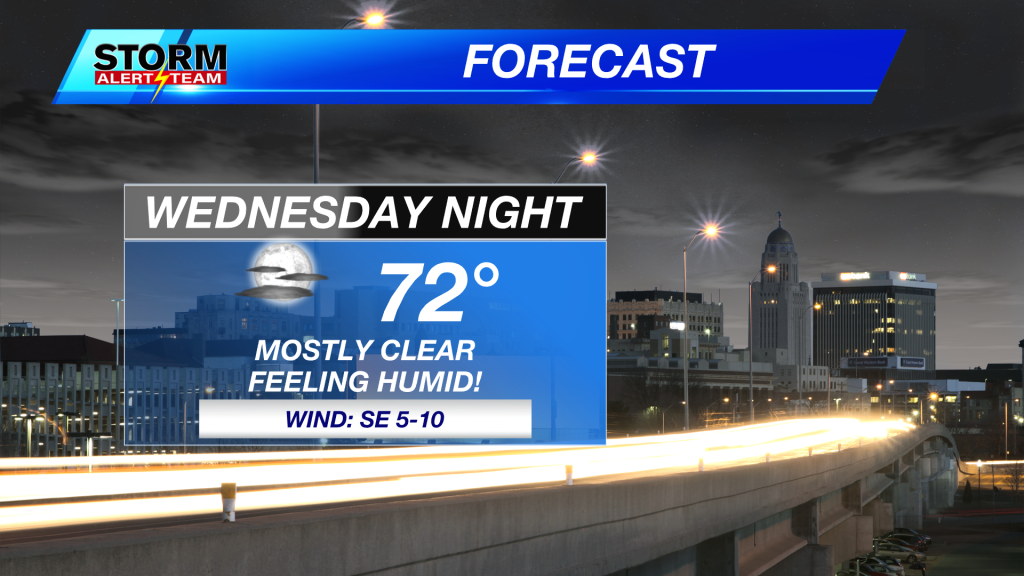 Winds return out of the south on Thursday, and temperatures will climb as a result. Southeast Nebraska should reach the upper-90s for high temperatures. The heat index – or the “feels-like” temperature – will likely be in the ballpark of 102-108° on Thursday afternoon. 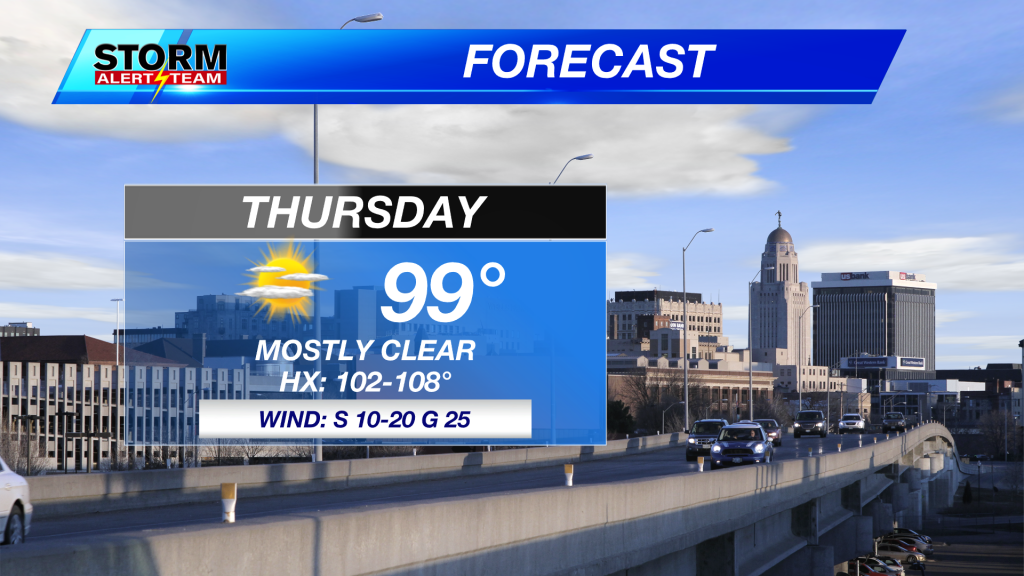 Friday still looks hot and humid, with heat indices exceeding 100° during peak heating. On Friday evening, a disturbance approaches that may produce some storms in Southeast Nebraska. 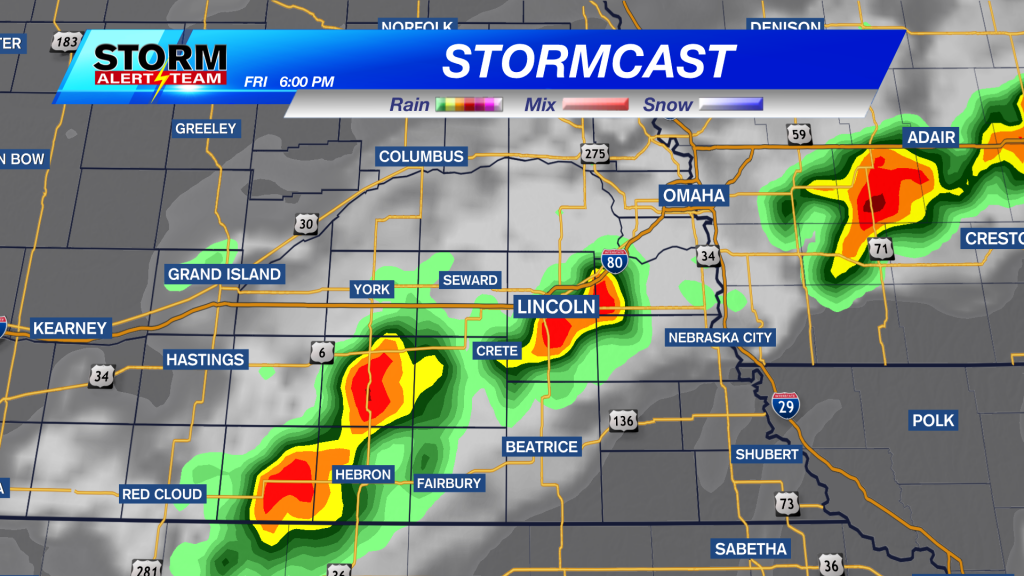 Saturday stays hot and muggy, but another rainmaker will arrive sometime late Saturday and early Sunday. This may drop high temperatures back into the 80s on Sunday.