According to the National Safety Council, there were 109 deaths in school bus crashes in 2019. 72% of those deaths involved the other driver.

LINCOLN, Neb. (KLKN) – In the wake of a Friday morning school bus crash, the Nebraska Department of Transportation says drivers should be mindful of buses on the road, especially during school hours.

“Pay attention to those buses, they stop more frequently than other cars do, they travel a little bit slower, and they’re going to make more turns as they move through those residential areas,” NDOT’s Jeni Campana said.

This morning, a school bus carrying six schoolchildren was involved in a collision with an SUV. The crash happened around 7:25 a.m. near Rosa Parks Way and S Folsom street. Lincoln Public Schools confirms the bus was en route to Roper Elementary School.

As scary as bus crashes are for children, parents and bus drivers, they are in fact more deadly for occupants of the other vehicle involved in the crash.

According to the National Safety Council, there were 109 deaths in school bus crashes in 2019. 72% of those deaths involved the other driver. 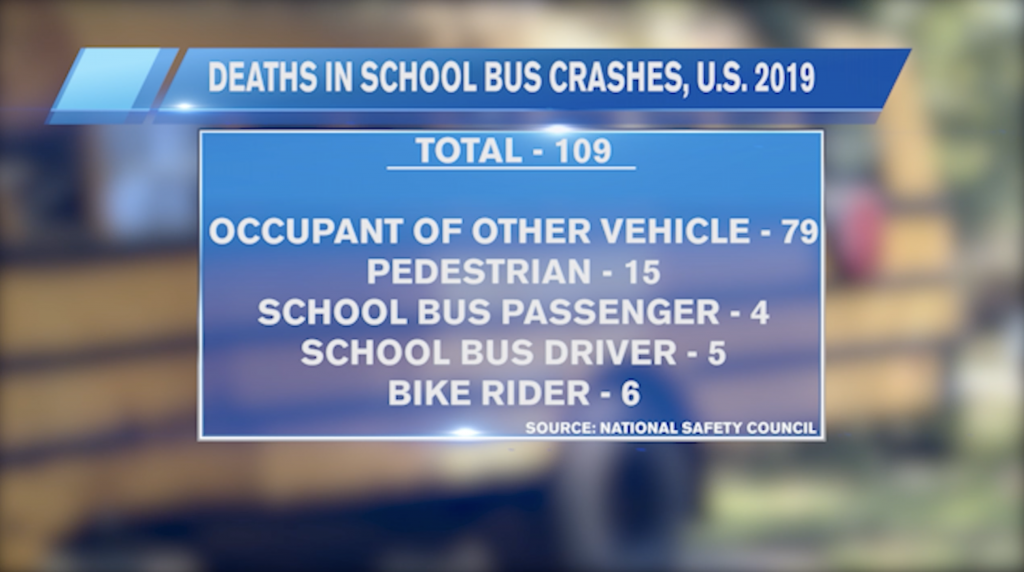 “It’s really easy to have one slip up have major consequences for a lot of folks,” Campana said. “Slow down when you see those big vehicles and make sure that you’re just paying attention for movements.”

NDOT says avoiding distractions is one of the best things drivers can do to avoid school bus crashes. Common distractions include texting, eating, talking to others, and adjusting the radio.

“The best crash is one that never happens,” Campana said.

DHHS will repay up to $100,000 in student debt to keep nurses in Nebraska