If you have any plans on New Year’s Eve, the weather will cooperate. Temperatures will be in the 30s for most of the evening, dropping to near freezing by midnight. The night looks dry, along with partly cloudy skies. By Sunday morning, we expect lows in the upper-20s across the area. 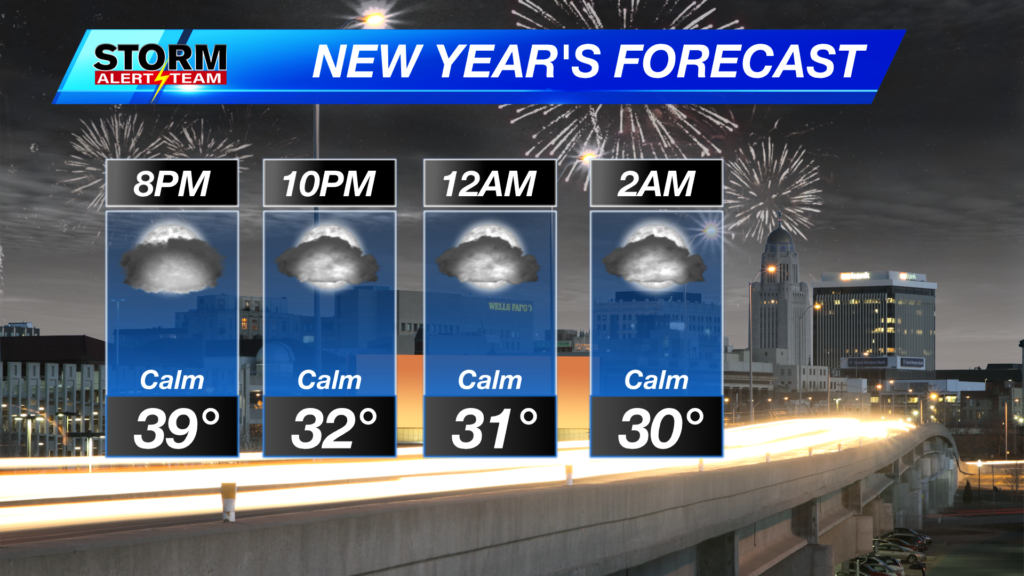 Temperatures will continue to be well above average on New Year’s Day. We’re forecasting a high in the upper-40s in Lincoln, with slightly warmer air to the south and cooler air to the north. Sunday will also feature more clouds, with partly to mostly cloudy skies on average. 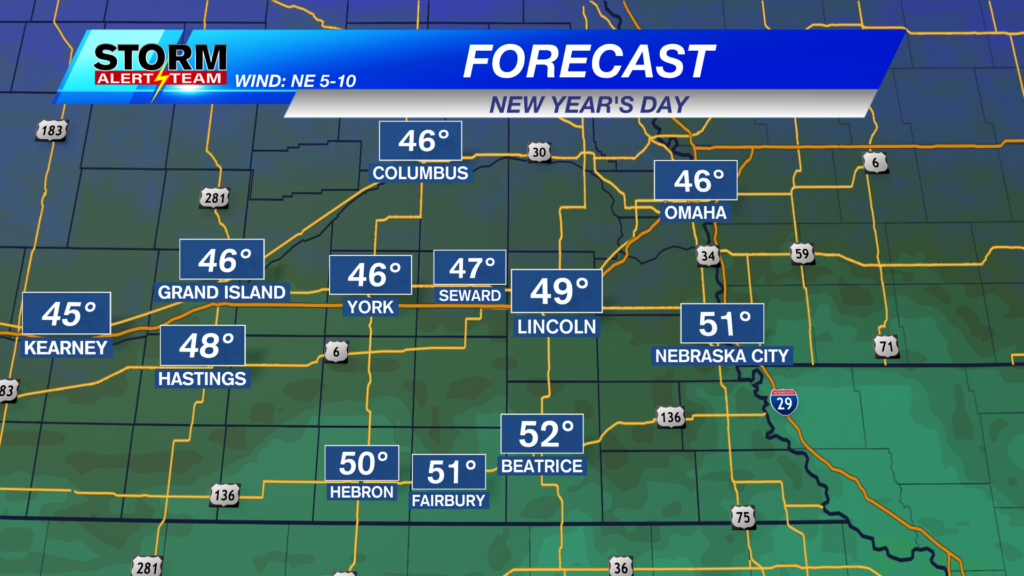 Clouds will thicken overnight and into Monday morning, setting us up for a cloudy Monday. This is ahead of our next storm system, which will really take shape Sunday night.

Rain will become possible in southeast Nebraska as early as Monday morning. Depending on how cold temperatures are, we may be dealing with freezing rain. Meanwhile, snow will be ongoing in the western half of the state. 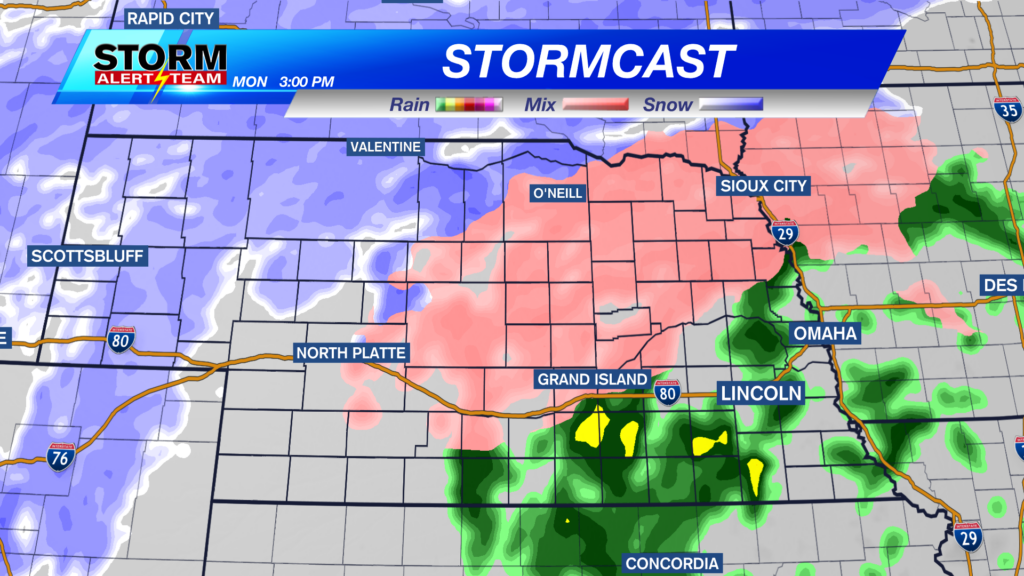 That will be the general trend on Monday, with snow to the west, rain in the east, and a transition zone in between. While precipitation may not be happening at every point on Monday, there’s a chance to see something at just about any point.

As far as ice accumulations go, the latest trends point toward under 0.25″ for most. The highest totals will likely be in central Nebraska, but we cannot rule out some light freezing rain in Lincoln on Monday. 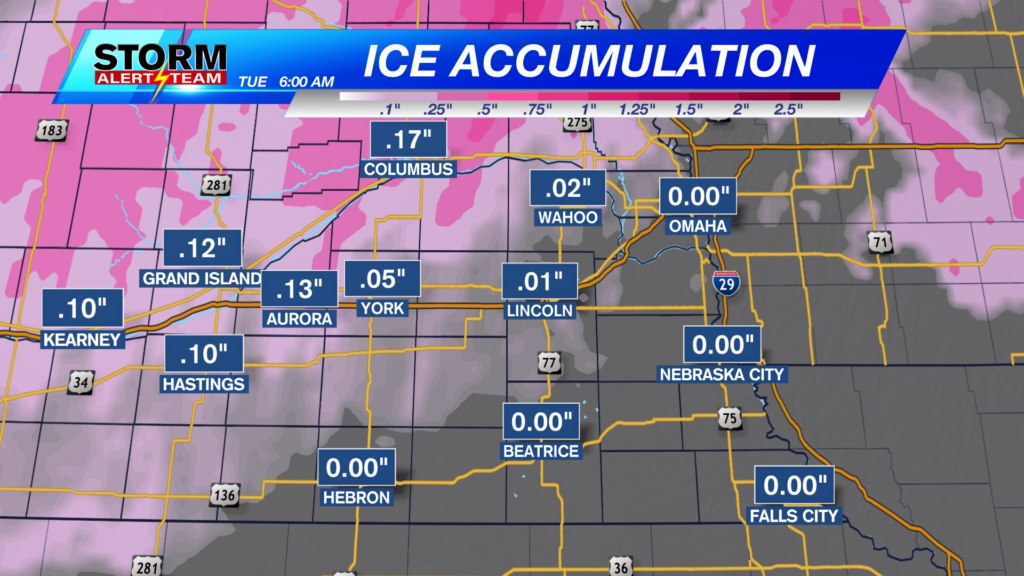 Winter Storm Warnings are posted for much of northwest Nebraska. In the warned area, some areas may receive 6-12″ of snow accumulation through Tuesday. Winter Storm Watches extend a little bit farther southeast, where lesser snow totals may be found. 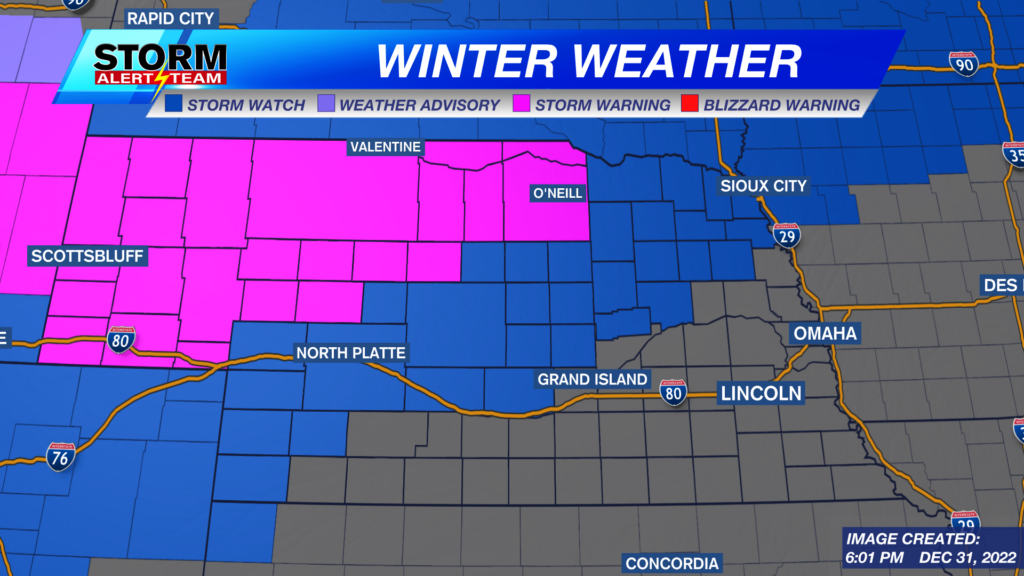 The system will be exiting on Tuesday, which could bring a few light snow showers to eastern Nebraska. By Wednesday, we should turn drier and a bit cooler.