One more mild day, followed by a snow potential

The mercury climbed back into the 50s on Wednesday afternoon across southeast Nebraska. Lincoln saw a high of 51° on Wednesday, and this continues a warming trend that we’ve seen over the last several days.

Clouds have moved back into the area as of Wednesday evening and will remain put throughout most of the overnight hours. That said, we should start to see some clearing by early Thursday. I do not anticipate low temperatures to get quite as cold on Thursday morning. We’re forecasting a low of 33° in Lincoln. 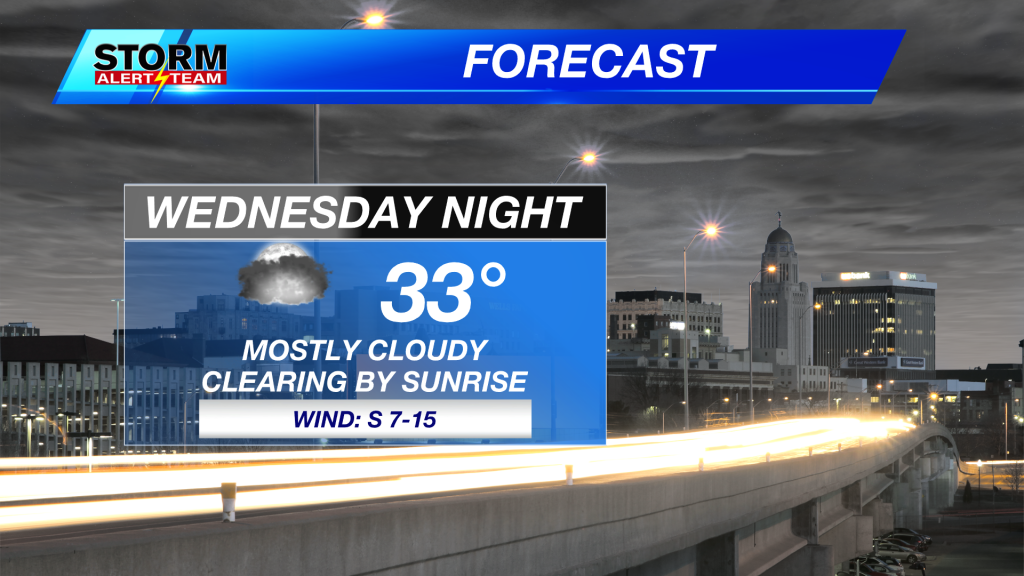 Temperatures continue to become milder on Thursday afternoon. High temperatures will likely top out in the middle-50s in Lincoln. We should see a mix of sun and clouds throughout the day. 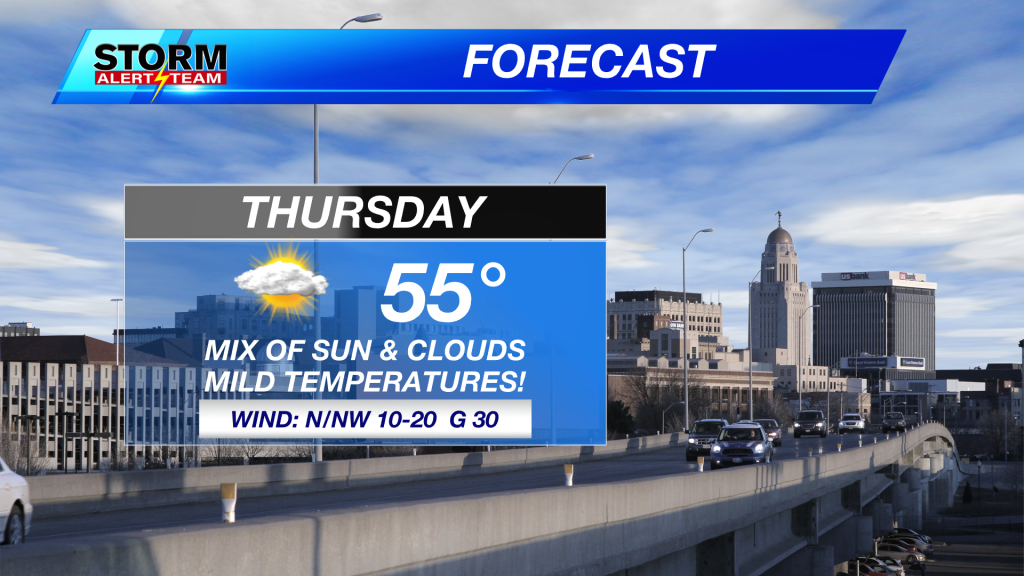 Cloud cover thickens on Thursday night ahead of our next storm system. We’ve been talking about this storm system for several days now as it has the potential to bring snow for some in Nebraska. Here are the key things to know:

The big forecast question now is how much dry air will entrain into this system. The dry air will make it harder for any precipitation to fall in southern Nebraska. This is our first look at how much snow might fall: 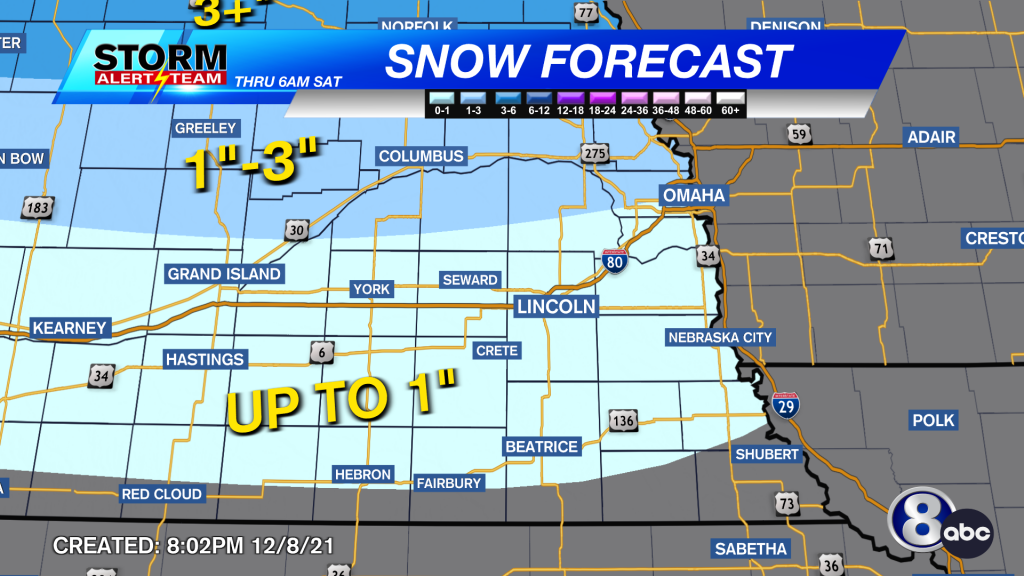 Keep in mind that snow totals increase farther north. Those in Beatrice, Hebron, Fairbury, etc. will likely find themselves closer to the 0″ side of the 0-1″ range. While snow is not impossible for our southern communities, the presence of dry air will make it difficult.

Snow is possible in Lincoln and the Tri-Cities, but accumulations appear limited – likely under 1″. Totals start to ramp up to the north.

Of course, these forecasts can and often do change as new information becomes available. So make sure to keep checking back for any additional updates!