A weak cold front will pass through the area a bit sooner than originally anticipated on Wednesday. As a result, we’ve had to scale back on highs. We’re now looking at high temperatures in the upper-30s to low-40s around Lincoln. It should be slightly cooler to the north and warmer to the south. 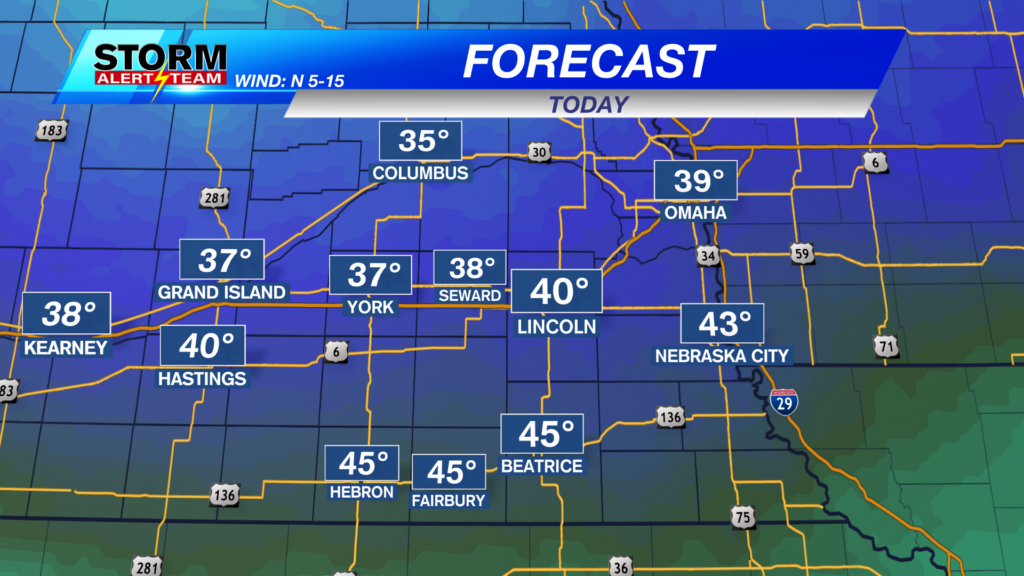 Our next storm system arrives on Thursday, and this push of cooler air may end up causing more issues in southeast Nebraska on Thursday

Clouds will be increasing overnight and into Thursday morning. As the morning progresses, precipitation chances increase across the area. While snow looks less likely in Lincoln, we still may be cold enough to see a round of freezing rain.

There are still some minor differences between various versions of Stormcast, but most are in general agreement. Rain and freezing rain chances are highest in southeast Nebraska, with a better chance of a rain/snow mix and snow farther north. 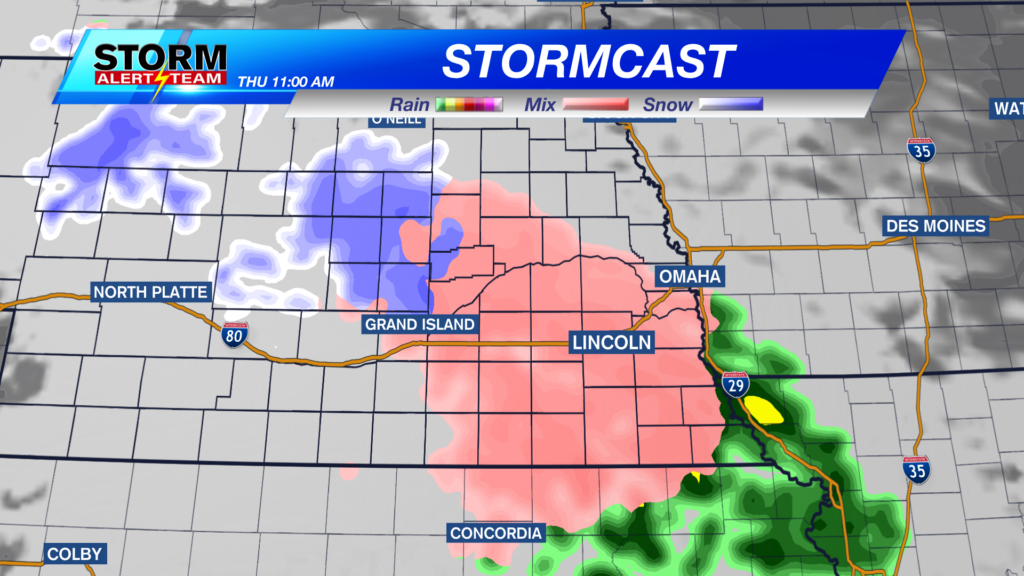 Precipitation chances really start to ramp up on Thursday morning, around the morning commute. Freezing rain is possible during this time, with perhaps a transition to rain for areas that can get warm enough as the day progresses. By Wednesday evening, activity will start to taper off.

Ice accumulation appears to be the bigger concern in southeast Nebraska. Various versions of Stormcast have hinted at up to 0.25″ of ice. While I’m not sure whether or not ice will accumulate that much, it is still a cause for concern. Nevertheless, ice accumulation is likely in many areas on Thursday and will cause travel issues.

As far as snow totals are concerned, I do not think many in the southeast corner of the state will see much accumulation, let alone flakes. While up to 1″ or 2″ is possible in northern Nebraska, the wintry mix should limit accumulation. 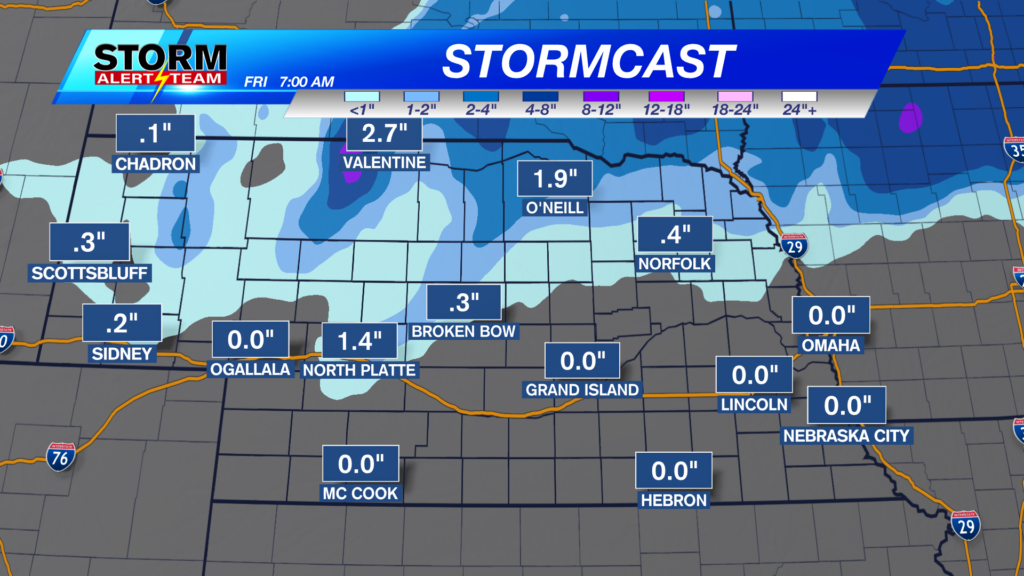 By Friday, we trend in a drier direction. As we venture into the weekend, temperatures will also steadily climb.