We’re watching thunderstorms over northern and northwestern Nebraska fire up Thursday evening.  These thunderstorms will drift east, and eventually turn southeast, later Thursday night.  As they do, they will begin to enter the Channel 8 viewing area, likely after 8 p.m. – reaching the Tri-cities around 10 p.m. – and Lincoln between midnight and 2 a.m. 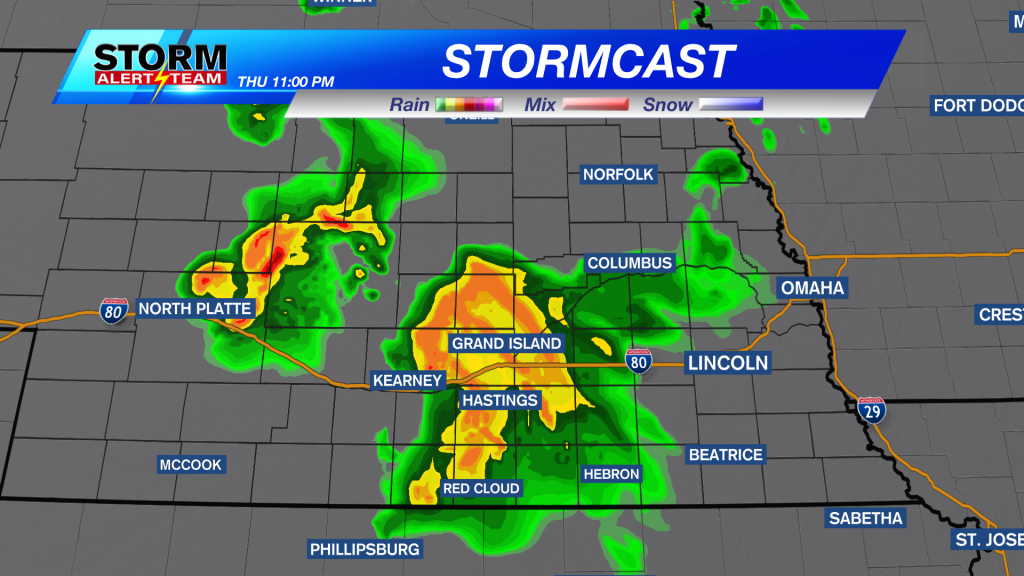 By the time the reach the area, I am not expecting them to be severe.  A strong wind gust and a loud clap of thunder should be the main threat. 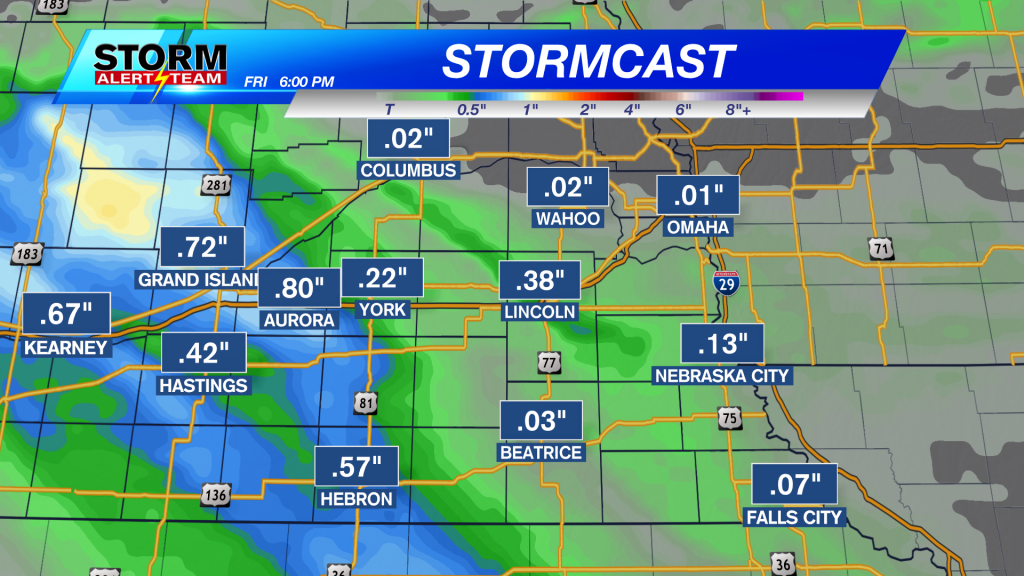 Some of the thunderstorms may produce heavy rain in a short period of time.  Computer models suggests anywhere from 0.05″ to 0.75″ of rain is possible. 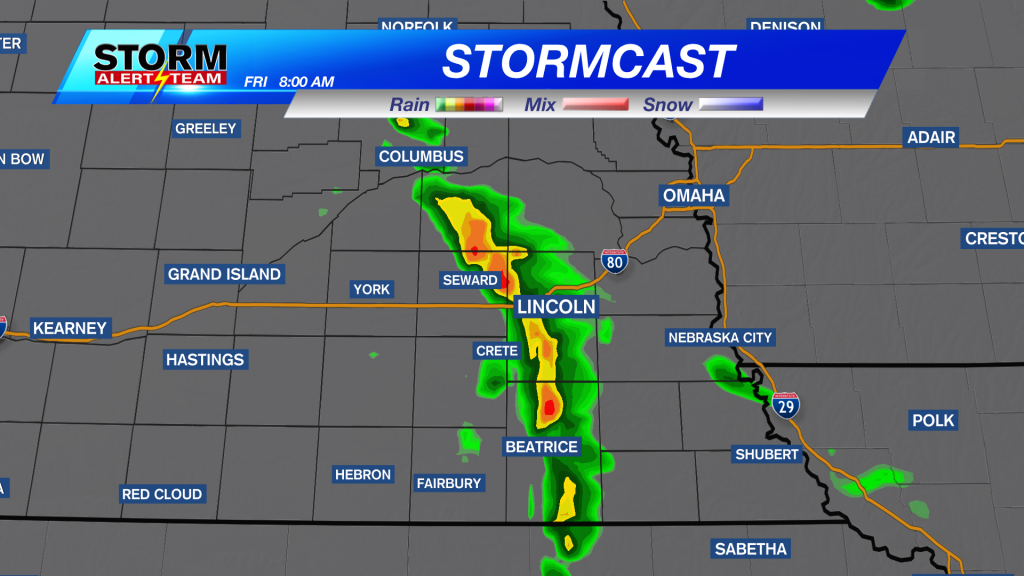 A second round of rain looks possible, especially around sunrise Friday morning.  These will quickly pass out of the area by mid-morning.  As temperatures rebound by the afternoon, a few widely scattered showers will be possible.  Otherwise, expect to see mostly cloudy skies.