Red Flag Warnings in place across much of Nebraska

All areas originally under a Fire Weather Watch for Wednesday are now under a Red Flag Warning. This includes all of central and eastern Nebraska.

Outdoor burning should be avoided, as conditions are conducive to rapid fire spread. 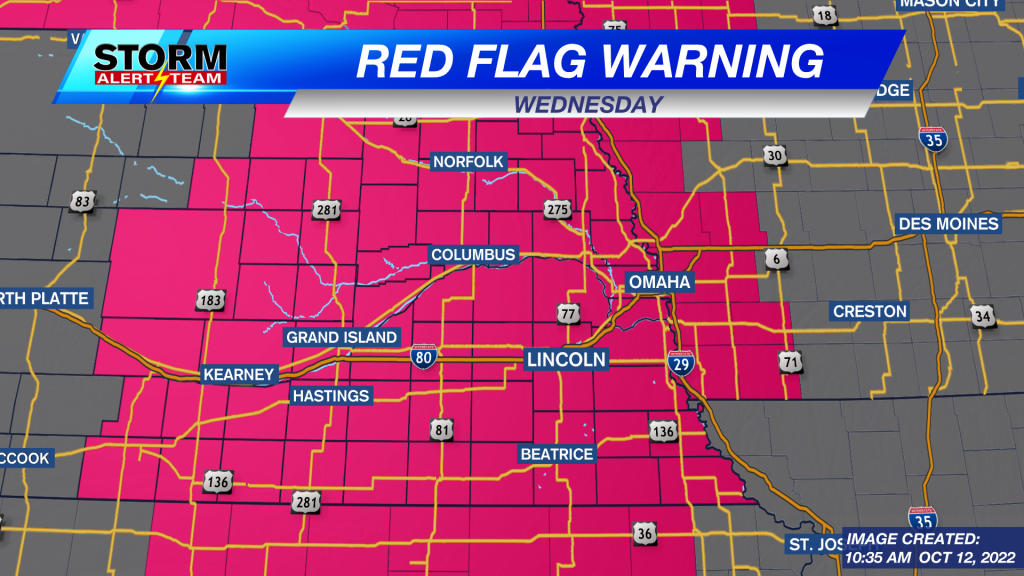 After a round of storms on Tuesday night, our attention now turns to the windy conditions expected on Wednesday. Winds will be out of the west and northwest throughout the day, gusting in the ballpark of 40 to 45 mph at some points.

That, in combination with low relative humidity, will result in dangerous fire weather conditions across the area.

Red Flag Warnings and Fire Weather Watches are posted as of Wednesday morning for all of central and eastern Nebraska. Outdoor burning is a bad idea, especially in these areas.

I would not be surprised if portions of the Fire Weather Watch were upgraded to a Red Flag Warning at some point. 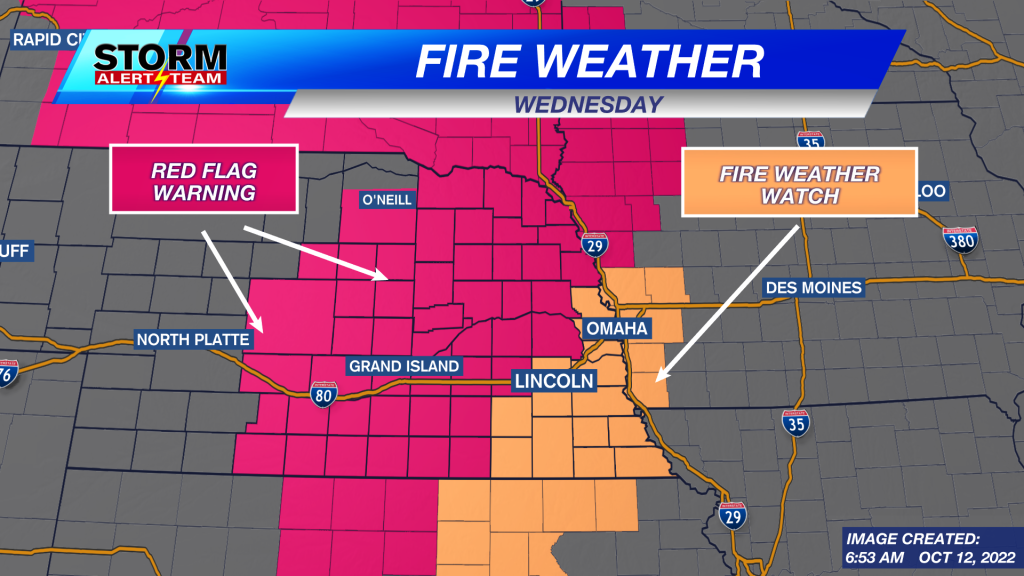 While it will be windy, temperatures will be comfortable. We’re looking at highs in the 60s and 70s across the area.

We expect mostly sunny skies to start, with a wave of clouds moving in during the afternoon. 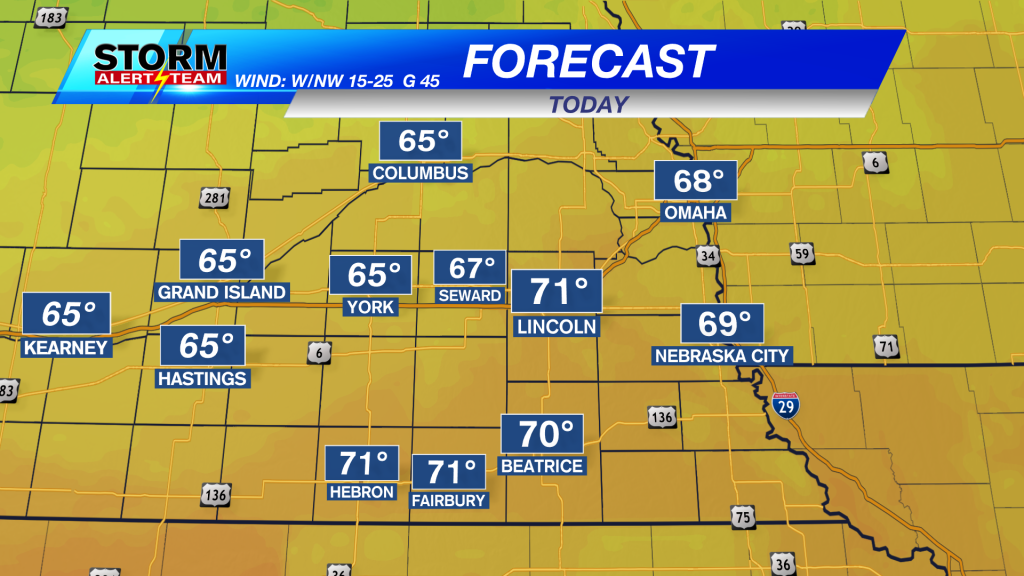 Going forward, temperatures will continue to remain very fall-like. We’ve got temperatures in the 50s, 60s, and 70s scattered throughout the 10-Day Outlook.

The one thing we lack, however, is rain chances. Mother Nature appears to be keeping things dry for the time being.