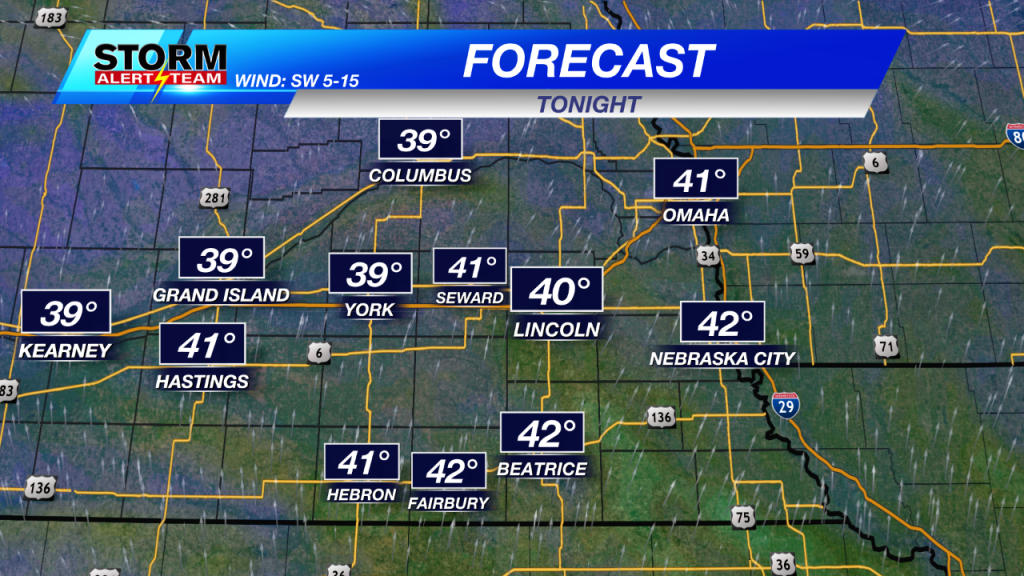 The next several days are going to remain mild, but there is an end in sight. Until then, temperatures will be a good 20 degrees above average!

Tonight, we’ll see mostly clear skies and drop to around 40 degrees. While the wind will drop off after sunset, it won’t go away completely. It will be out of the southwest at 5 to 15 mph.

On Monday, with mostly sunny skies, we warm right back up into the lower 70s by the afternoon. The wind will also pick back up, but it won’t be as windy as Sunday was. It’ll be out of the south at 10 to 25 mph.

Another warm day is expected on Tuesday with partly cloudy skies and highs in the middle 70s. A weak cold front will push through in the evening so a few thunderstorms overnight are possible.

One more warm day on Wednesday with partly cloudy skies and highs near 70, but another frontal boundary will move through Wednesday night and that will bring us a chance for rain and cooler temperatures for the rest of the week.