Our average high this time of year is in the middle 30s and we’re going to be at or below that for the next 10 days. Precipitation chances are small, but we have a chance Saturday, then again Monday. 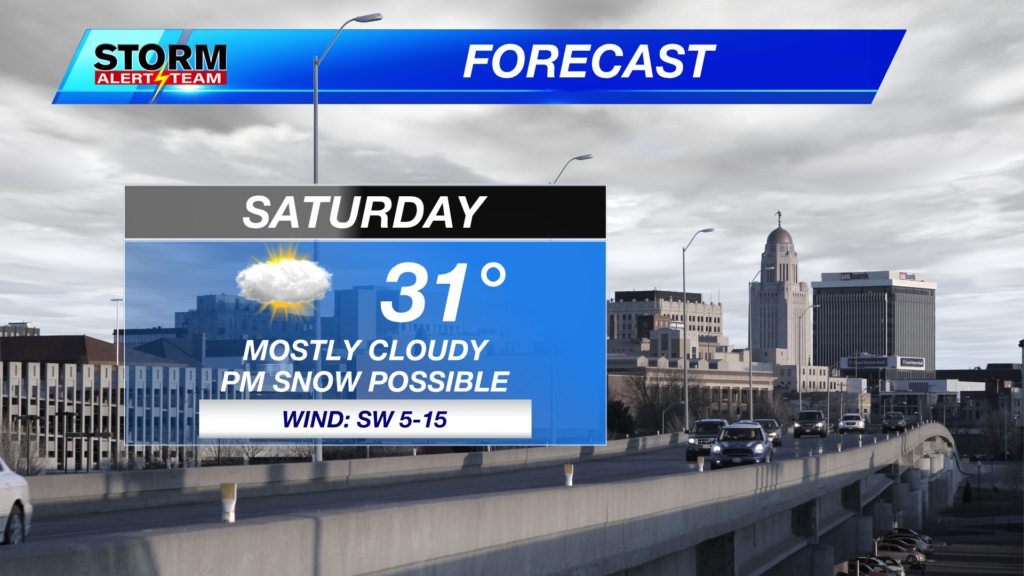 For Saturday, most of the day will be cloudy and cool with a light southwest breeze. By Saturday afternoon, a storm system in Kansas may give us a few snow showers in southeast Nebraska. 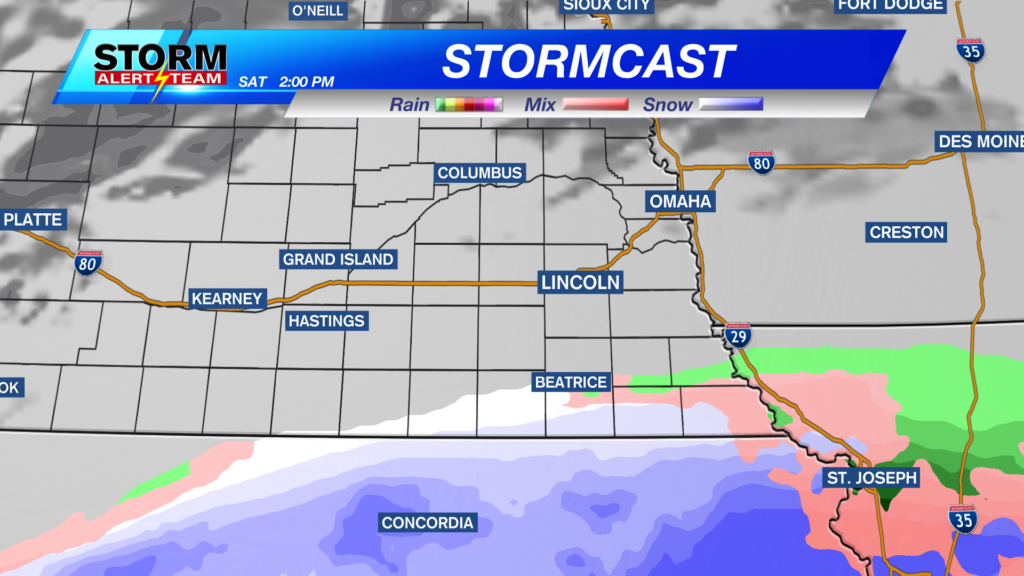 The best chance for snow will be along and south of the Kansas/Nebraska border with a little rain trying to mix in at times. The snow will try to push into SE Nebraska during the afternoon and early evening hours on Saturday.

While the better chance for snow is in Kansas, any push north would give the southern fringe on Nebraska some snow. Because of that, we have a trace to 1″ possible along I80 and a trace to 2″ further south. 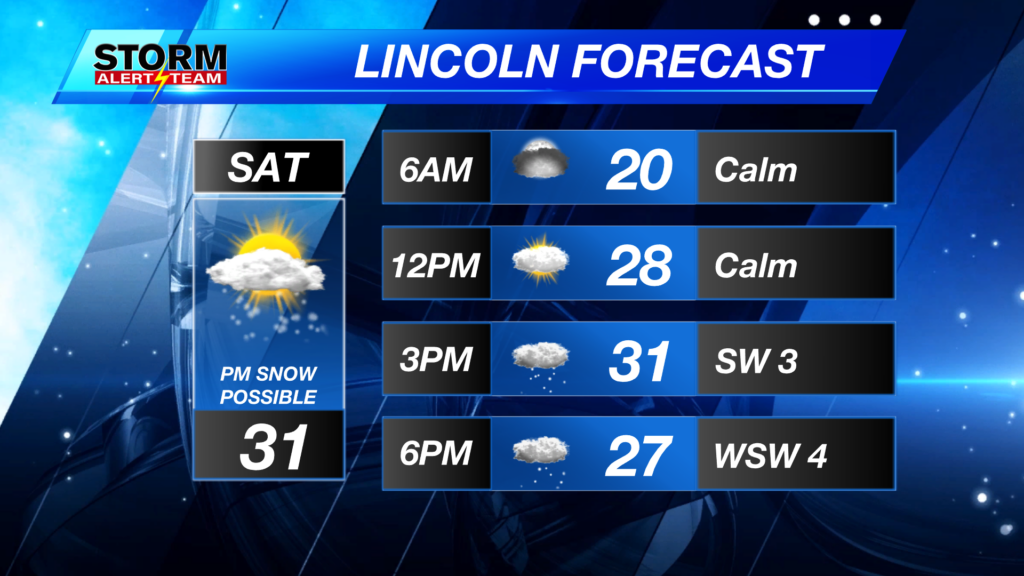 Temperatures will start off around 20 on Saturday and eventually warming into the lower 30 by the afternoon. The wind will be light. 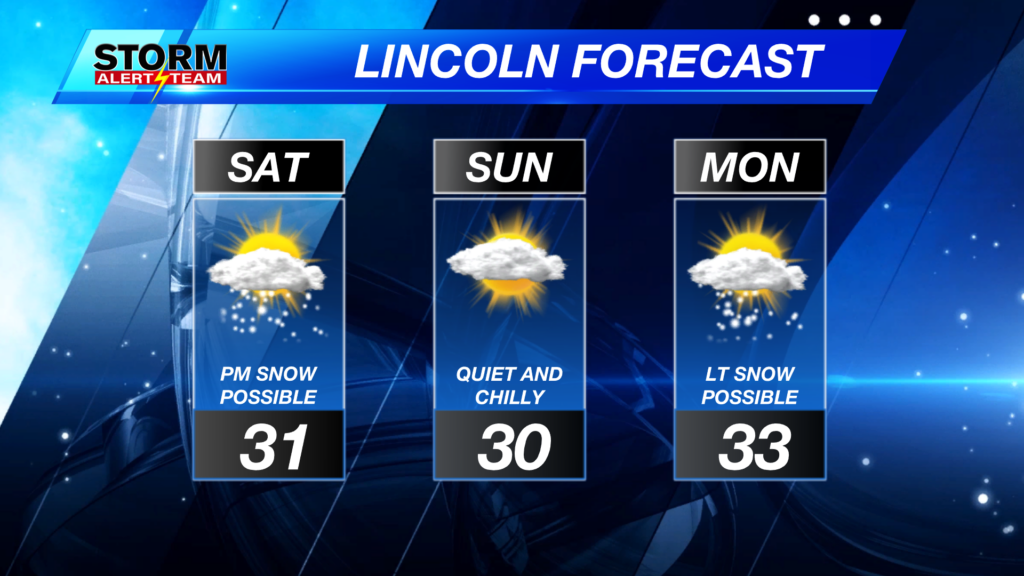 After the snow chance on Saturday, it’ll be dry and cool on Sunday. Another light snow chance comes our way on Monday.