Semi driver arrested after hit-and-run, chase and standoff on I-80 in Nebraska

LINCOLN, Neb. (KLKN) — A state trooper was injured in a hit-and-run Thursday evening.

More than three hours later and 157 miles to the west, the driver was arrested, according to the Nebraska State Patrol.

About 5:10 p.m., a trooper stopped a semi for driving recklessly on Interstate 80 near Waverly, the patrol said.

The trooper was injured, and his vehicle was disabled, according to the patrol. He was taken to Bryan Health’s west campus, treated and released. 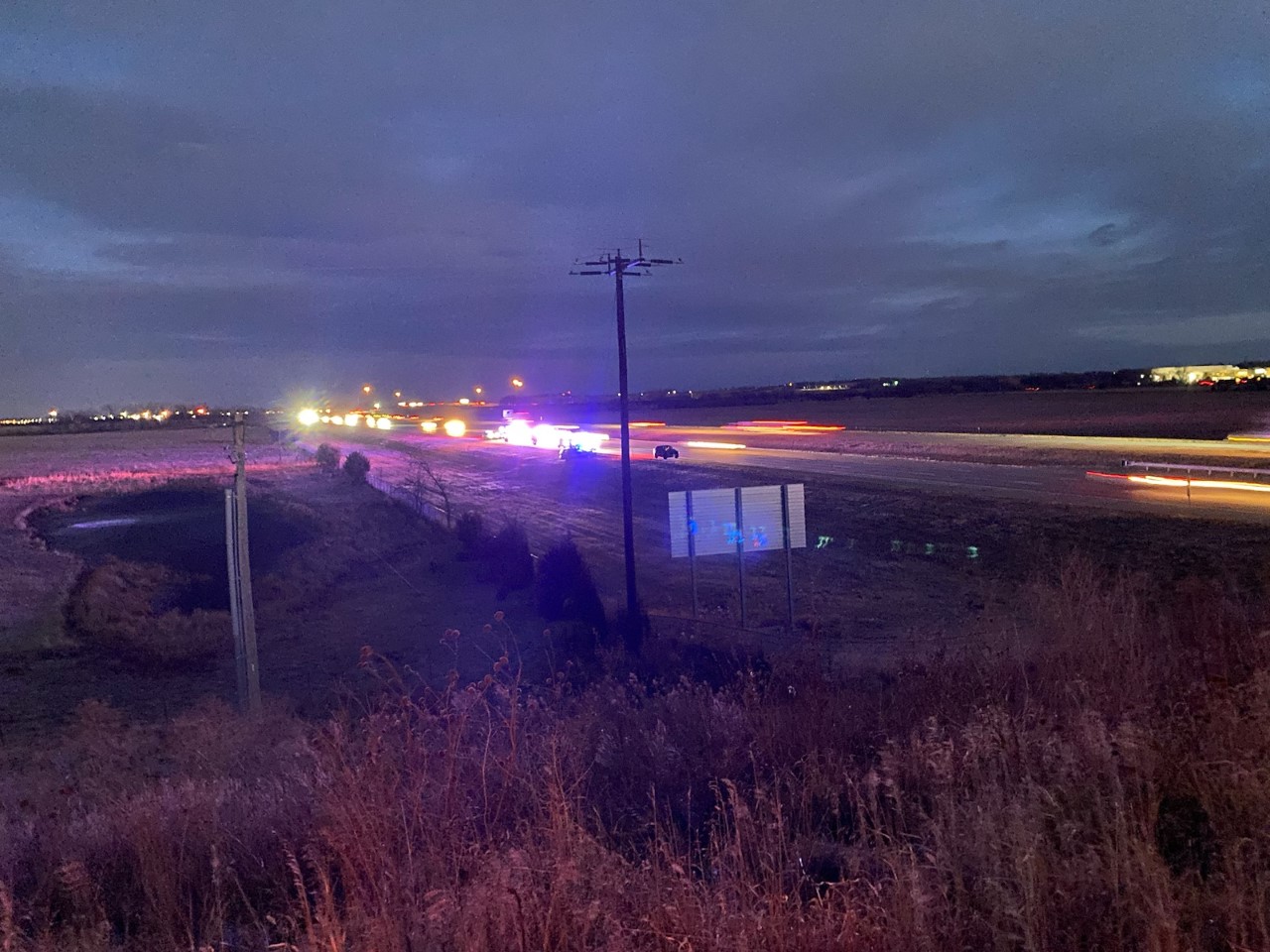 Authorities respond to a crash on westbound Interstate 80 near Waverly on Thursday.

A Seward County sheriff’s deputy later spotted the semi and tried to pull it over. The driver refused, and the chase was on.

The patrol took over as the pursuit entered York County, chasing the semi to the Grand Island interchanges, where law enforcement laid down stop sticks.

That caused the semi to lose multiple tires, according to the patrol, but it kept on going.

The semi finally came to a stop about 7:45 p.m. near Elm Creek, which is about 15 miles west of Kearney.

But Martinson wouldn’t get out of the truck, the patrol said.

Troopers closed I-80 from Elm Creek to Overton while they tried to get him to come out.

After about an hour, they sent a dog into the cab of the semi. The patrol said Martinson “exited immediately” and was arrested.