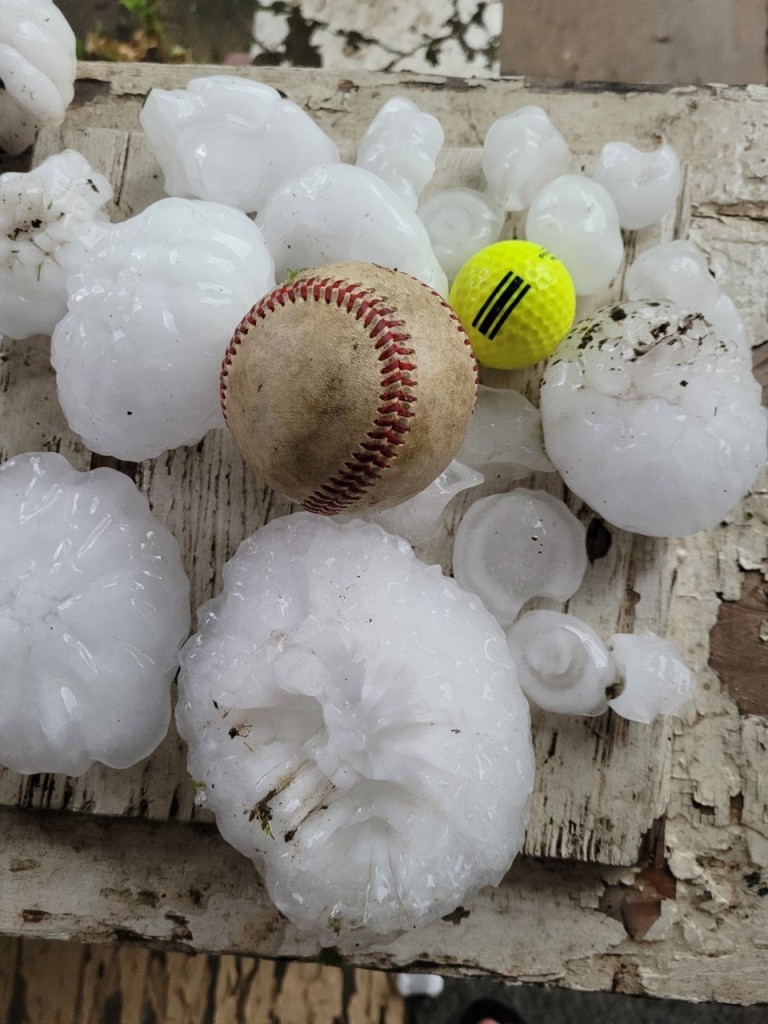 Storms formed Saturday afternoon and dropped 2-3.75″ hail with confirmed tornadoes in portions of SE Nebraska. Tornadoes were confirmed 4 miles SW of Barneston as well as over Wymore, which is 12 miles SE of Beatrice. This was happening around 5:30pm Saturday.

Large hail was also reported in parts of SE Nebraska. Here are a few pictures viewers have sent in!

You can submit your own photos here: www.klkntv.com/weather/submit-your-photos/ 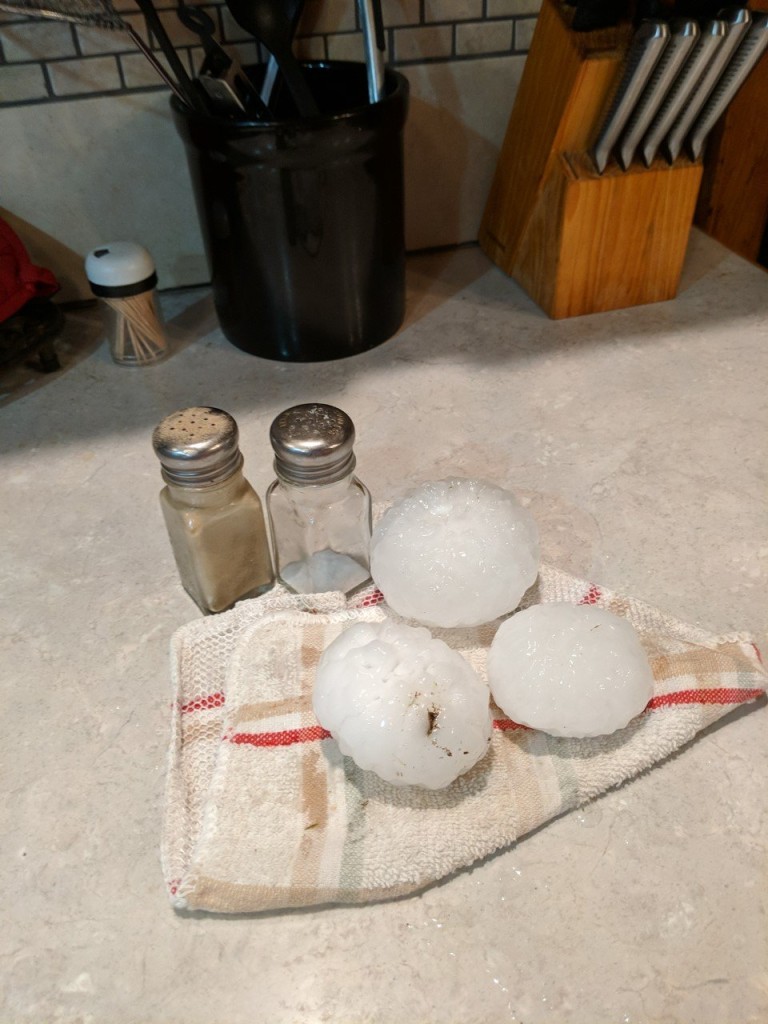