Sunshine set to return by afternoon

As of Monday morning, a storm system resides to the east and southeast of Nebraska. This generated some cloud cover mainly over eastern Nebraska early Monday. As a result, low temperatures were warmer near Lincoln where lows dropped to the upper-40s. Lower-40s were observed farther west towards the Tri-Cities.

We are on the far western edge of this storm system, so a stray shower cannot be ruled out for eastern Gage or Pawnee counties in the morning hours. Lincoln should remain dry. While those in the eastern part of the state may start the day with some clouds, they should exit by afternoon.

Skies will become mostly, if not completely, clear by Monday afternoon in the capital city. High temperatures will likely top out in the middle 70s. 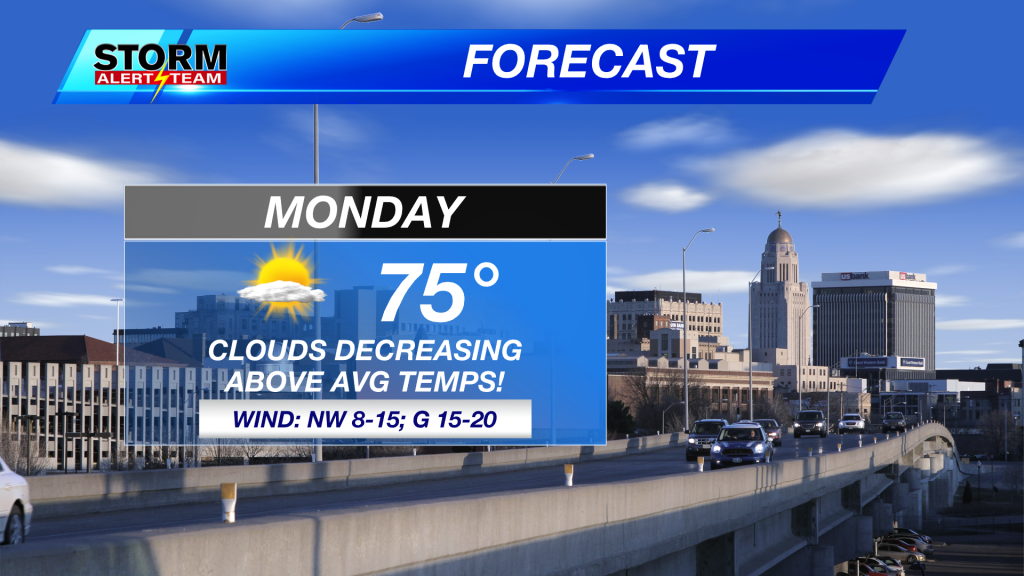 We’ll stay mostly clear overnight Monday and into Tuesday morning. Low temperatures will be near 45° in Lincoln, which is actually a few degrees above the average low temperature for this time of year. 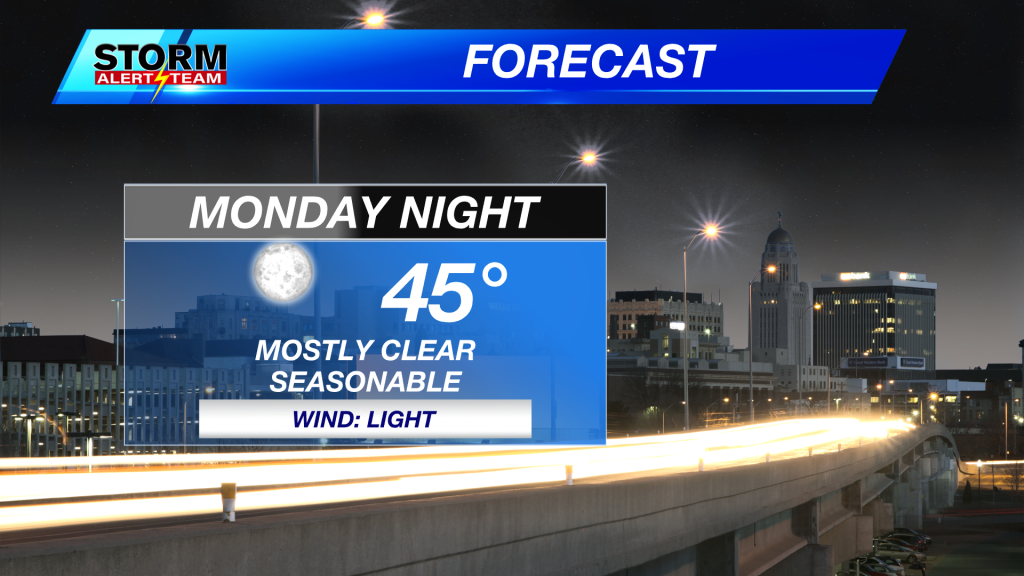 Despite a mostly clear Tuesday, cloud cover and storm chances go up Tuesday night and Wednesday morning. A few of these storms could be on the strong side.

The Storm Prediction Center has placed much of central and southern Nebraska under a slight risk for severe weather through 7AM Wednesday. Large hail and damaging winds on an isolated basis appear to be the main concern. 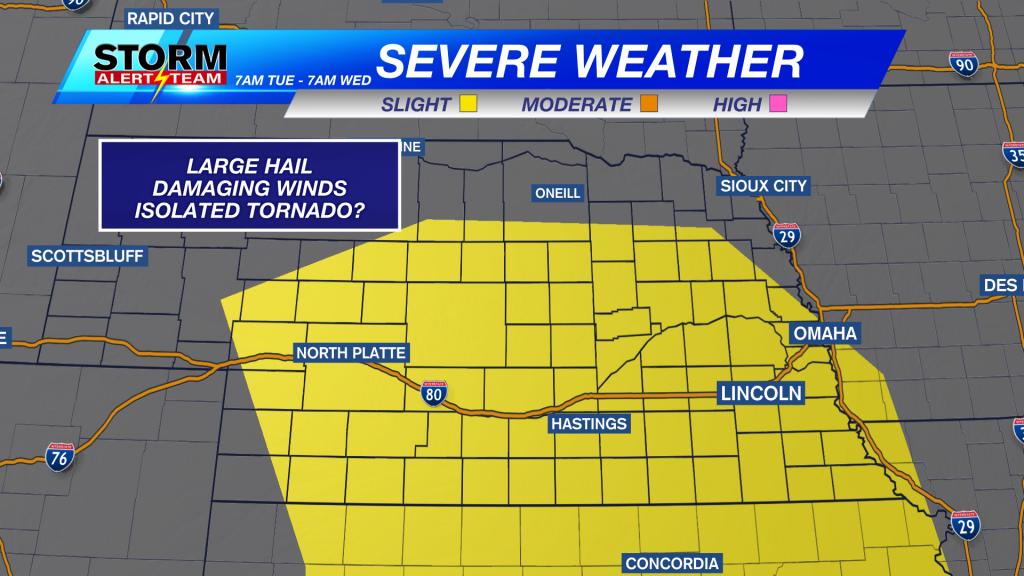 Chief Meteorologist John Dissauer will have a closer look at the storm potential tonight on Channel 8 News at 5, 6, and 10. Stay tuned!