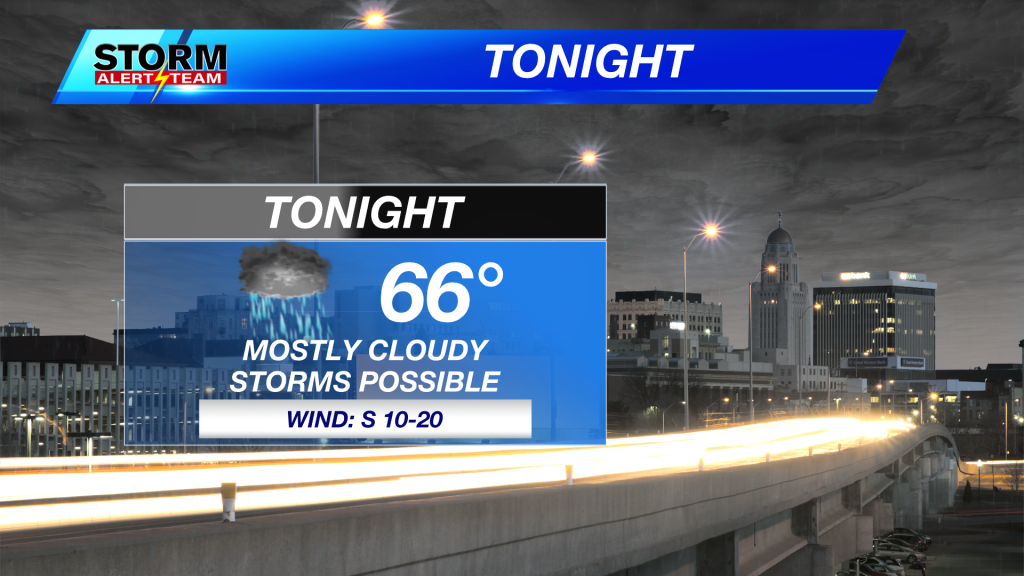 A vigorous storm system is moving into the western portions of Nebraska today and it’s going to take a while, but it will eventually make its way into central Nebraska Sunday evening and into eastern Nebraska by the overnight, well after midnight. By the time it makes its way to this side of the state, it will have lost much of its energy and will give us a chance for scattered showers and storms.

More storms will be possible in eastern Nebraska Monday afternoon with a few of the storms on the strong side. They should taper off after the sun goes down. Moving through much of next week, this theme of afternoon storms in and around SE Nebraska will continue.

Temperatures will be a little above average each day with highs generally in the lower 80s. By the second half of the week, we’ll cool off a little with highs in the middle and upper 70s.

Memorial Weekend will be a little half and half. Right now it’s looking like it will be dry for Friday and Saturday, but storm chances creep back in for Sunday and Monday. Highs over the holiday weekend will generally be in the 70s.