Mother Nature brought forth thunderstorms for Lincoln on Tuesday morning. The winners for rainfall were in far eastern Nebraska where upwards of 4″ of rainfall fell in some locations. We had a report come in of 4.46″ of rain near Gretna. Lincoln saw lesser rainfall totals, but it was still a healthy dose – 0.88″ of rain fell at Lincoln Municipal Airport as of 8:30 AM Tuesday.

Damaging winds were also a concern. A Severe Thunderstorm Warning was in effect for Lincoln, Beatrice, and Fairbury early Tuesday. We had one report of a 65 mph gust in Jefferson County in the town of Plymouth. 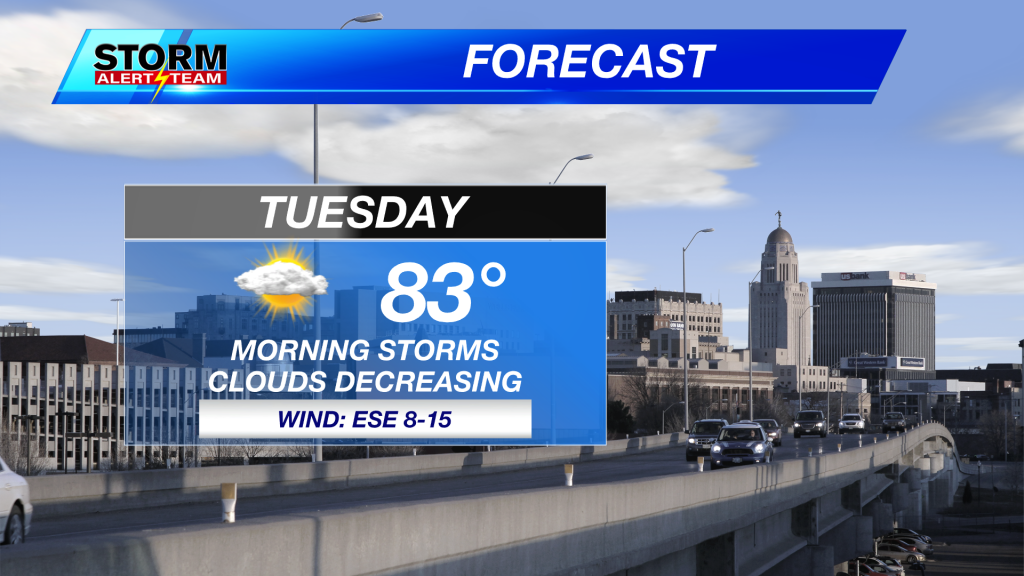 We’ll keep dry conditions for Tuesday evening and overnight. There may be some low clouds overnight Tuesday and into Wednesday. Low temperatures by Wednesday morning will be near 65°. 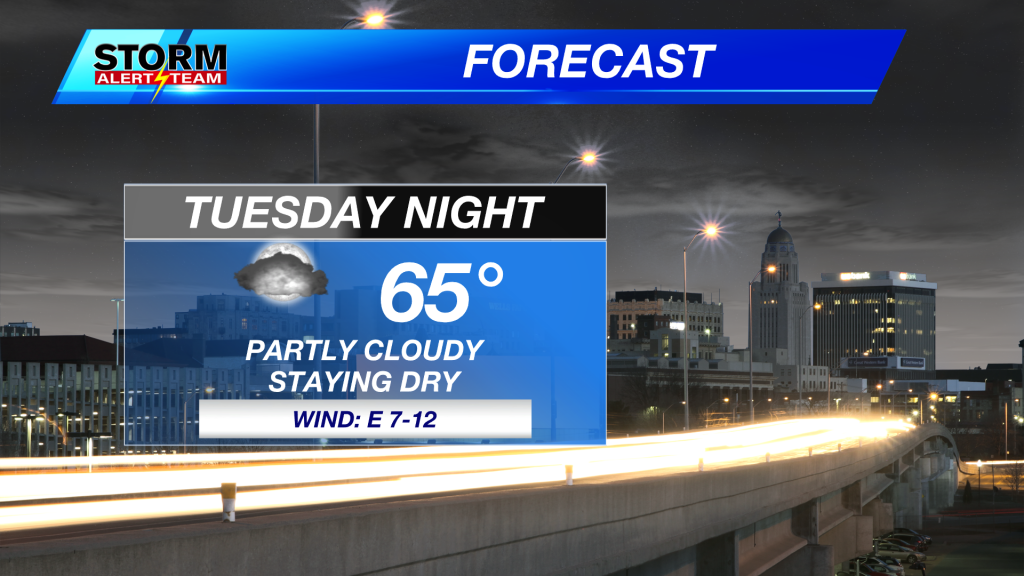 The dry trend will continue on Wednesday and most of Thursday. A disturbance arrives late Thursday night and into Friday which could give us another chance for rain.

Another wave arrives late Friday night and into Saturday which may also bring southeast Nebraska rain. The backside of this system appears to usher in cooler than normal temperatures and lower humidity starting Sunday – so stay tuned!