Tuesday will feel cool compared to later this week

Another day this month going in to the weather records below normal.  So far this month is running nearly 2.5° below normal.  That will soon change as much higher temperatures are expected throughout southeast Nebraska later this week.

For tonight we’ll have mostly clear skies.  Temperatures should fall back to the lower to middle 60°s.  There will be enough humidity in the air to keep your windows closed. 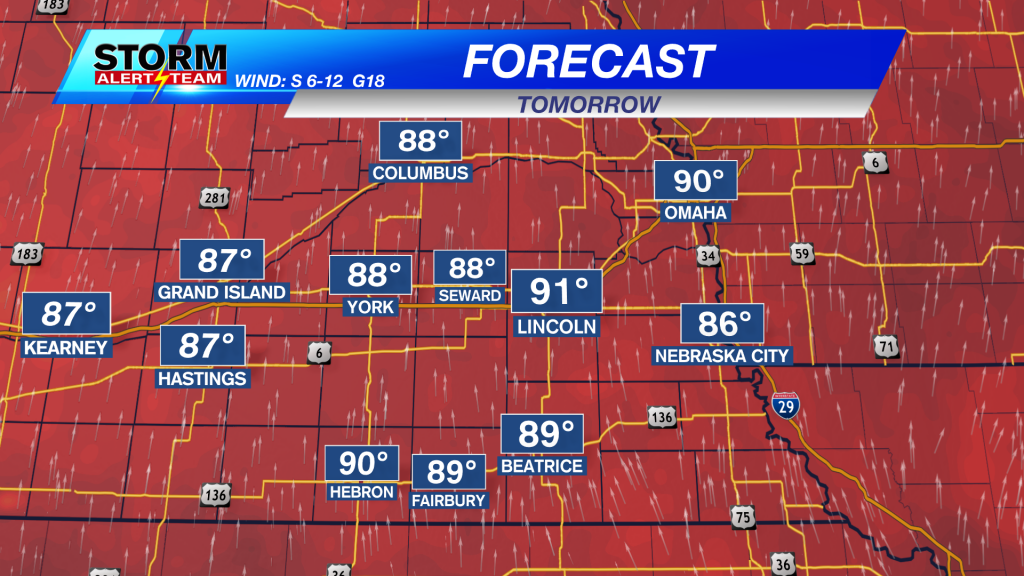 High, thin clouds are expected to overspread southeast Nebraska Wednesday.  Skies should still remain mostly sunny, you just won’t get the nice blue sky — it should look a little more grayish.  Temperatures will top out in the upper 80°s to around 90°.

Heat and humidity will start to kick up as we get further in to the work week.  Highs will be back in the upper 90°s starting Friday.  With higher low-level moisture – dew points will be in the upper 60°s – the heat index should peak at 100°+ Friday afternoon.

The upward trend will continue going in to the weekend.  Saturday should bring partly cloudy skies with temperatures topping out in the upper 90°s, the dew point around 70°, pushing the heat index once again to 100°+. 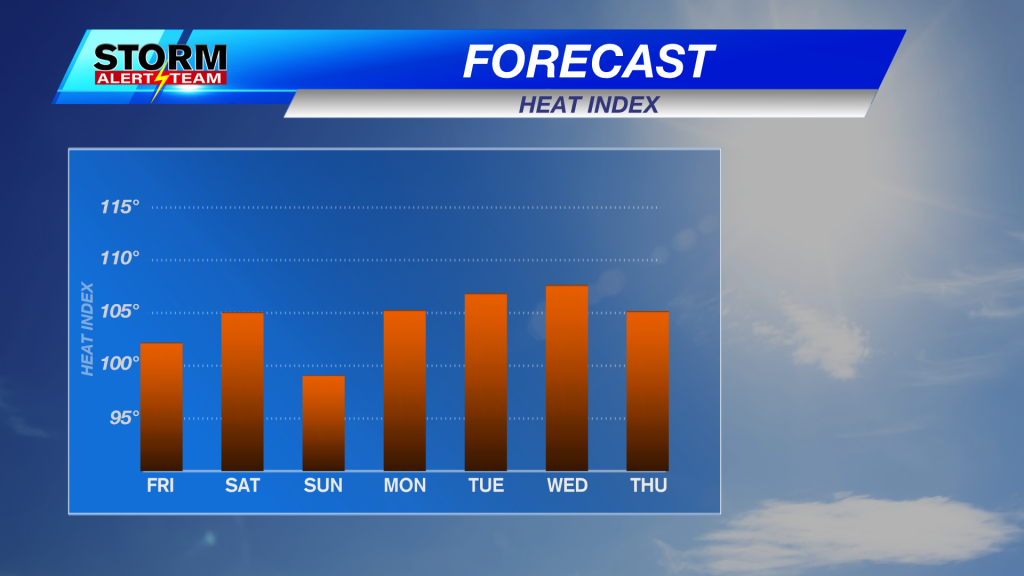 Thanks to an upper-level hot dome, the warmest temperatures of the next 10 days should come middle of next week.  Highs could top out in the lower 100°s and the heat index could peak 105°+.

Rain chances don’t look great over the next 10 days.  The best chance for rain appears to be late Saturday night in to early Sunday morning. Even then, the chance is not high at this time.  So keep watering your lawns, gardens, and fields if you want to keep things looking green. 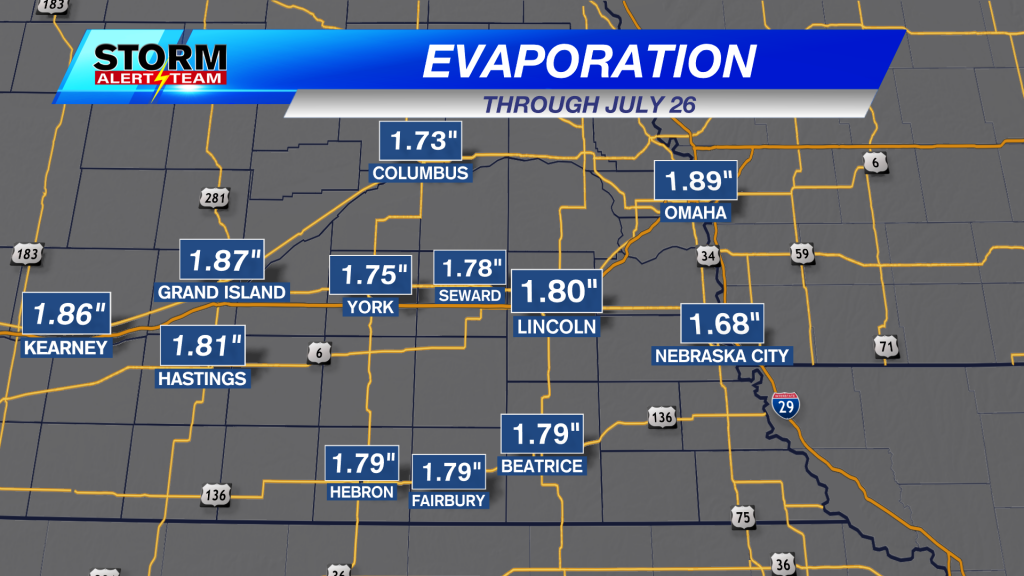 Rain would be a welcome thing this week as it is projected soils from around southeast Nebraska will lose over 1.75″ of moisture from the ground due to evapotranspiration.