Two rounds of severe weather possible for end of the workweek

A couple rounds of strong to severe storms will be possible in the Channel 8 viewing area as we go into the weekend.

The first round comes Thursday night.  A warm front will lift north, out of Kansas, and pass through southeast Nebraska.

Behind the warm front, warm, more humid air resides.  This is also where instability will be building.

Scattered showers and thunderstorms will develop on the leading edge of the warm front.

A few of these thunderstorms will have the potential to produce hail.  The best chance for larger hail will be along and near the Nebraska/Kansas state line.

As for when storms will be possible, scattered showers and thunderstorms could develop anytime Thursday night along and south of U.S. 136 from Beatrice to Fairbury to Hebron to Red Cloud.

I think the best chance for strong to severe storms will be 10 p.m. to midnight.

Farther north, the threat for severe storms will quickly wane.

A few rumbles around Lincoln appear to be possible after midnight.

Round two of storms will come Friday evening.

The best chance for storms will be in central and western Nebraska.  I think storms should stay away from southeast Nebraska Friday.

Warm air will be in place around the state Friday afternoon.  Temperatures will climb into the upper 80s in southeast Nebraska to the mid-90s in central Nebraska.

You will also notice the air becoming more humid.  Dew point temperatures, the measure of low-level moisture, will climb to the lower and mid-60°s.

In fact, this will be the highest levels of low-level moisture in over six months for Lincoln.

The combination of heat and humidity will allow the atmosphere to become very unstable during the afternoon.

However, one thing is missing.  A trigger.

There is nothing in place to produce thunderstorms in eastern Nebraska.

Further west, a dry line and a cold front will be the trigger for thunderstorms. 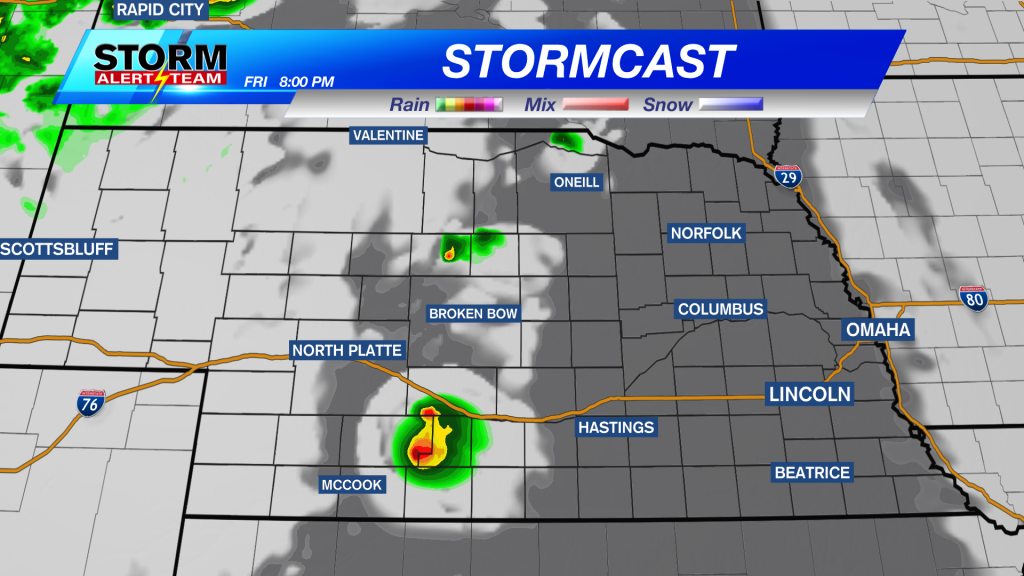 Discreet thunderstorms will be possible in central Nebraska during the evening hours.  If any of these thunderstorms flare, they could produce damaging winds and large hail.

Further west, along and ahead of the cold front, a line of thunderstorms is projected to develop late Friday night.  The line is expected to quickly move east after midnight. 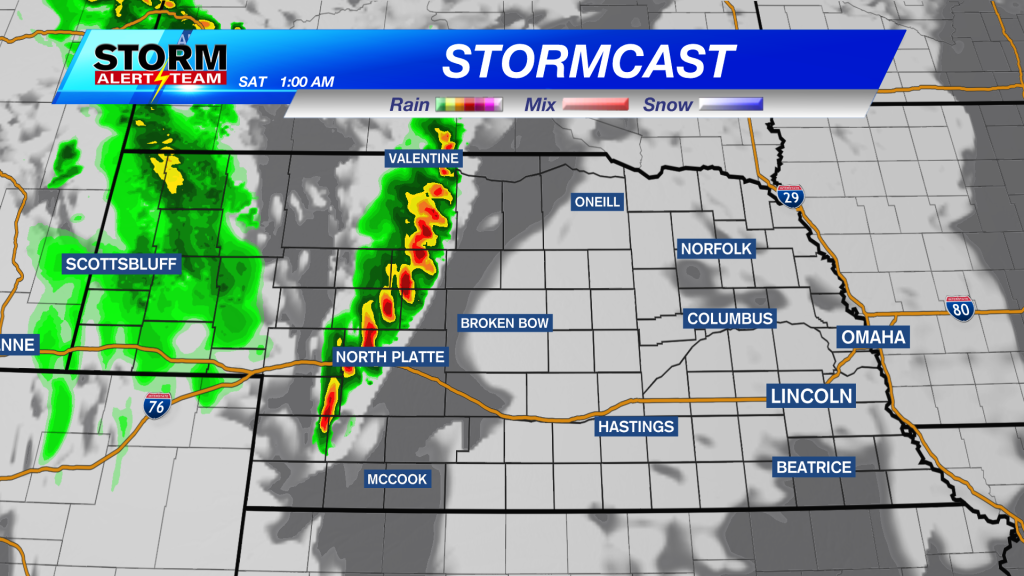 Damaging winds and large hail will be the initial threat along the line.

As the night progresses, and the line moves into central Nebraska, the line is expected to quickly decay.