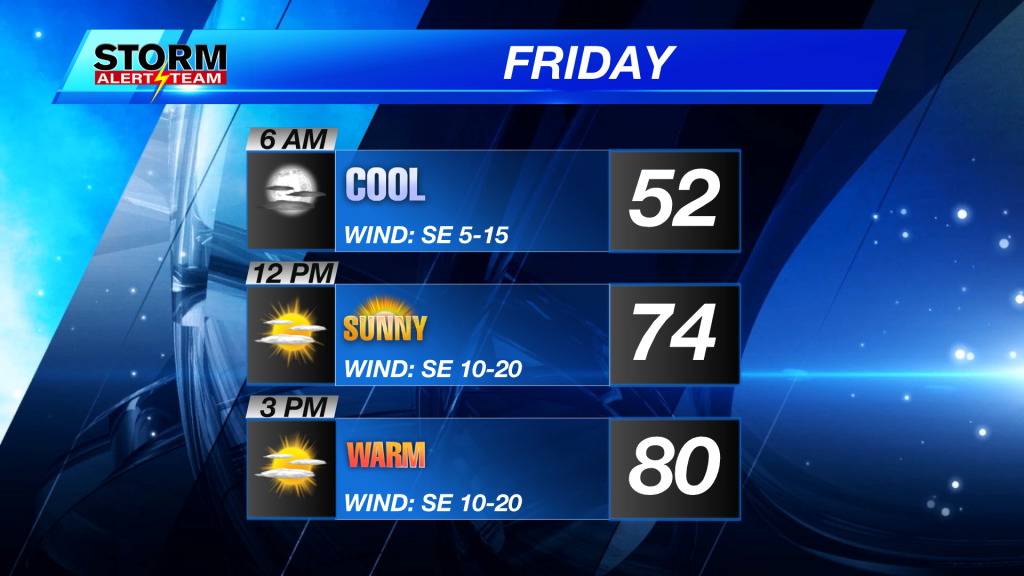 For Friday (above graphic), we’ll start off a little above average and in the lower 50s. With plenty of sunshine and a breezy southeast wind, we’ll warm to around 80 degrees by the middle of the afternoon. 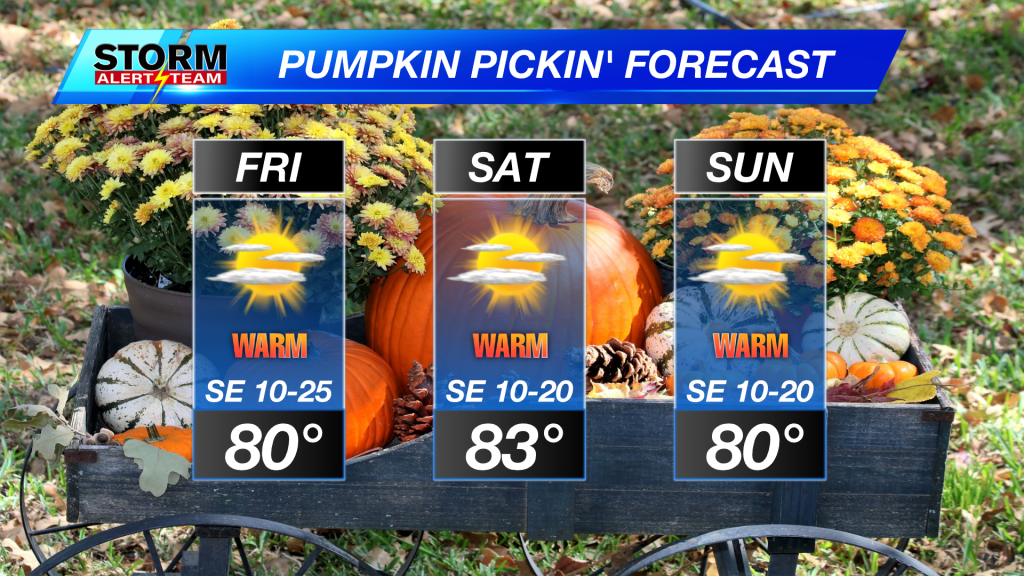 For the first weekend of October (above graphic), we’re going to be 5 to 10 degrees above average. So if you like to pick you pumpkins when it’s warm, this will be a great weekend for it! It’ll be a little breezy with mostly sunny skies.