Warmest of the week arrives Tuesday

Monday had the warmest temperatures of 2021, so far, with high temperatures topping out in the lower to middle 70°s.  Lincoln made it up to 74°.  This makes for the third consecutive day of temperatures reaching 70°.

The average temperature this month in the capital city is now 12.4° above normal for March, making this the warmest open to the month in 20 years!

We are going to add to temperatures above normal and continue the streak of reaching 70° Tuesday afternoon. 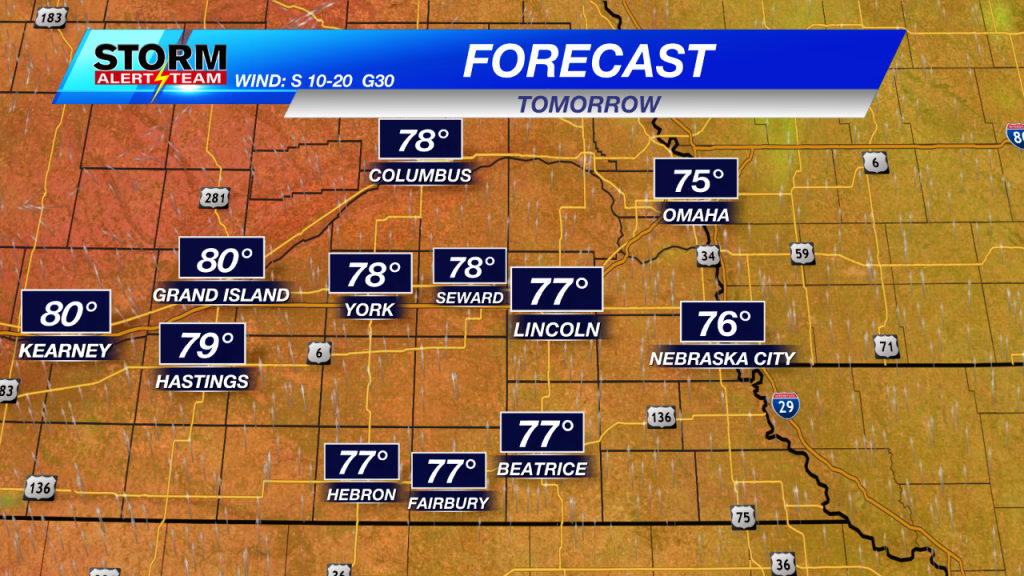 Temperatures should be able to climb in to the upper 70°s – even 80° in some spots – areas wide Tuesday afternoon.  Breezy conditions will accompany the warmer air, especially mid-morning through late afternoon when the wind could gust 30-35 mph.

TONIGHT:  Mostly cloudy.  Lows will only drop to the upper 40°s.

WEDNESDAY:  Mostly sunny for a large part of the day.  Clouds will begin to increase by late afternoon/evening.  A few thunderstorms will be possible, mainly east of a line from Lincoln to Beatrice.  Highs will be in the upper 60°s to lower 70°s.