It’s the winter solstice today, December 21st, and the shortest day of the year. With that, winter weather starts Wednesday with Winter Weather Advisories, Winter Storm Warnings, and Wind Chill Warnings in place.

Most of the state is expected to see at least small snow showers at some point today through this evening, but heavier snow chances and larger impacts for those in southeast Nebraska, hence the Winter Storm Warning issued through Friday evening. 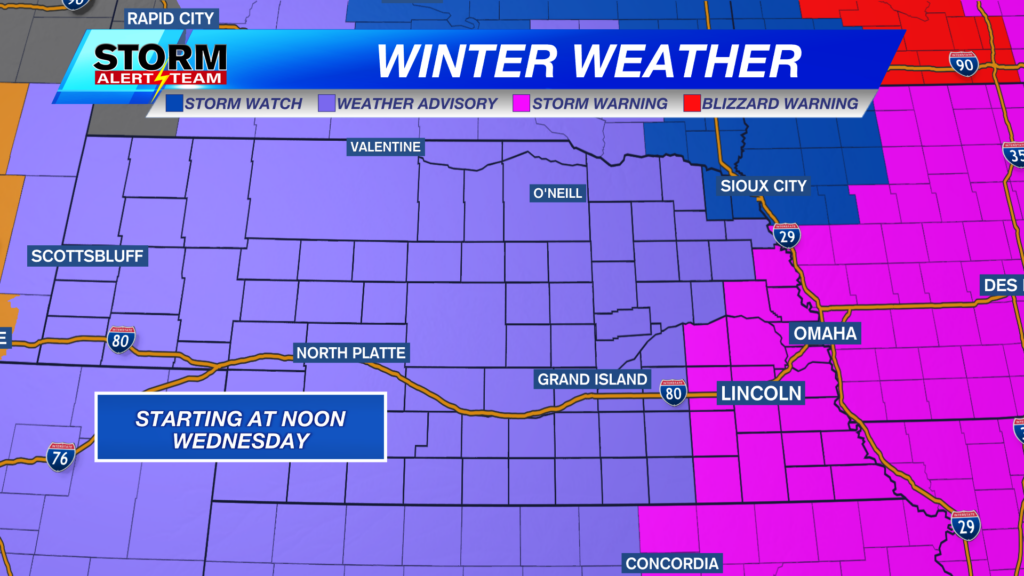 Through the morning hours on Wednesday, flakes are possible with a small chance to see mixed precipitation ahead of the evening commute. With light snow chances and a slight chance for freezing drizzle first, the real snow will become apparent as the strong cold front crashes through our area Wednesday night. Heavier snow rates could be seen around midnight, making travel extremely difficult overnight with strong gusts as high as 45 mph. 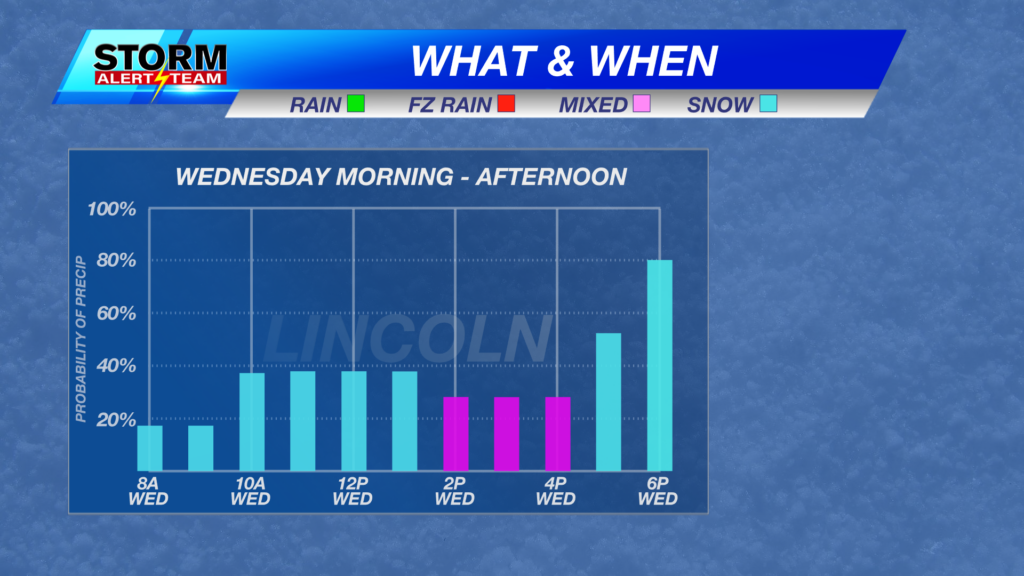 As the storm develops off to our west, winds will primarily start out of the south on Wednesday and push daytime highs in the mid to upper 20s. This will be one of the warmest days for a while. The “warmest” temperatures will feel like could potentially still be 20 to 30° below zero by Thursday afternoon. 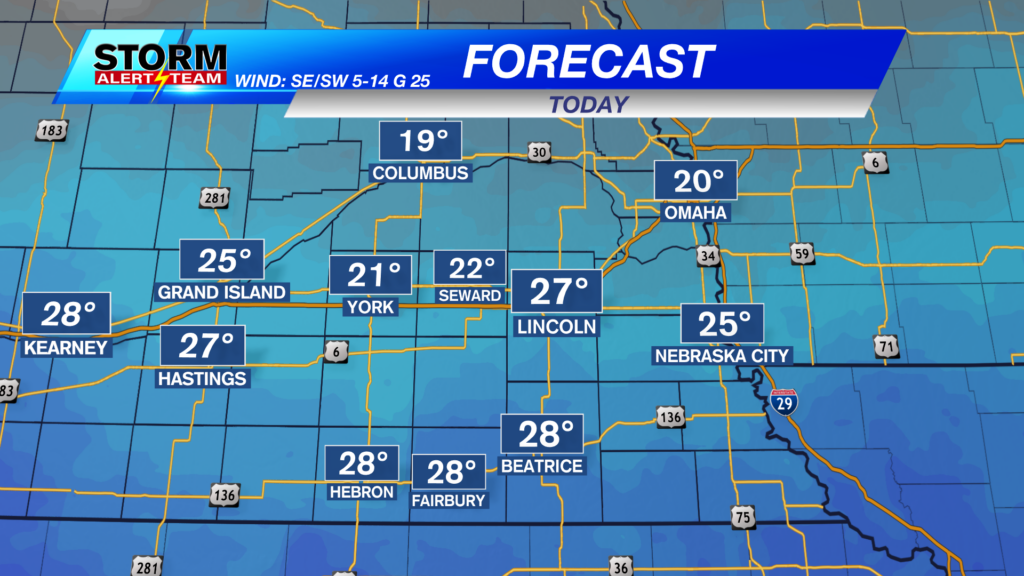 With the stronger wind gusts likely fracturing some of the bigger flakes that develop and blowing snow, accumulations with this system will be hard to measure. The larger amounts as of Wednesday morning look to happen in southeast Nebraska from about Hastings/Grand Island east. There could be some spots that see higher than 3″ out of this system, but we are leaning toward the smaller snow totals.

Northeast Nebraska west and south are most likely only going to see an inch or two from Wednesday/Thursday’s potential. Likely even less in those areas that do not need more snow after the two feet that some areas saw last week. 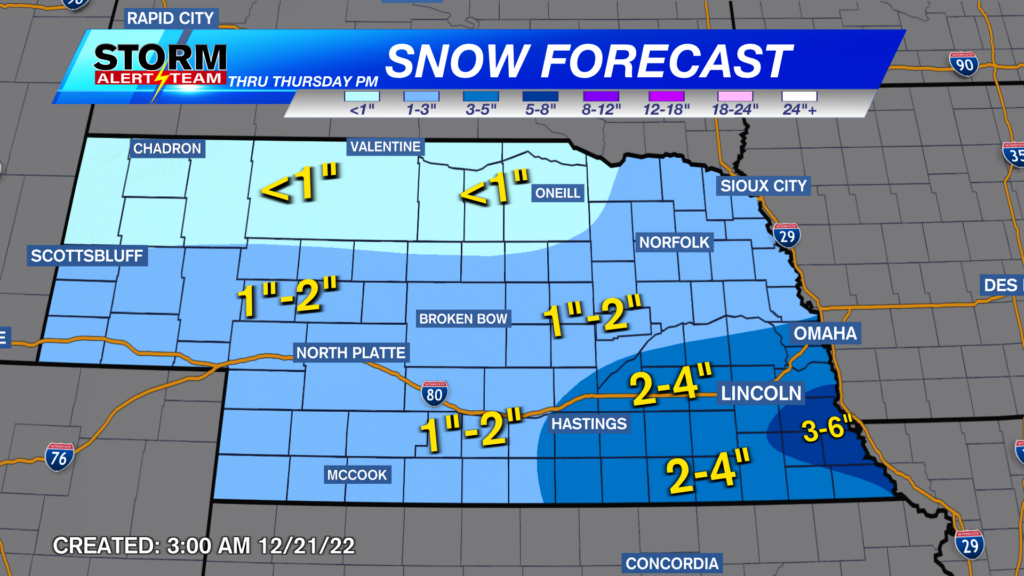 Wednesday evening and beyond

The entire state of Nebraska, along with several other states to the north and west, is under a Wind Chill Warning starting Wednesday night. 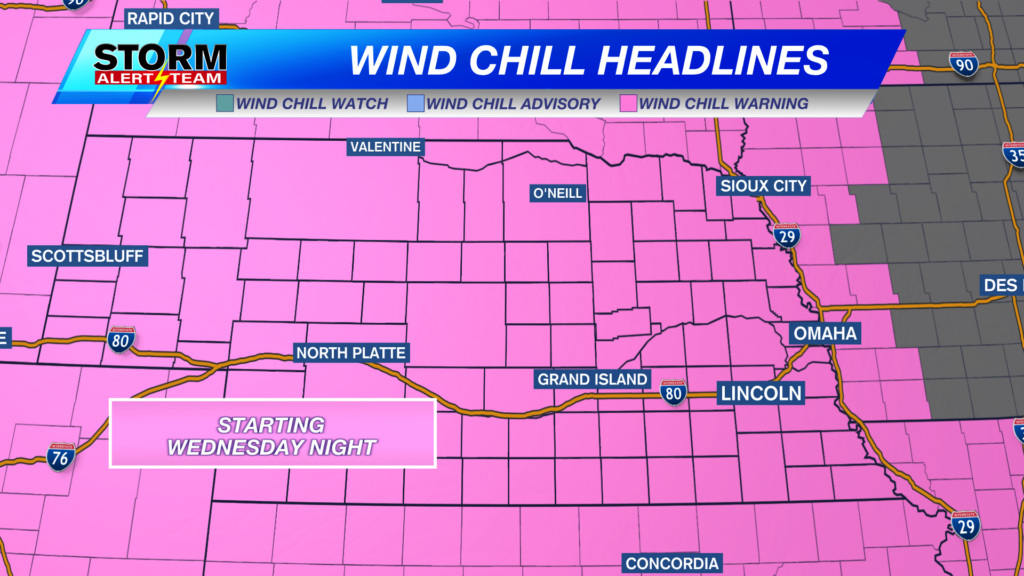 Temperatures are expected to drop below zero for some time, with dangerous wind chills on the order of -30 to -45° in southeast Nebraska. As for the Panhandle, temperatures could be dropping 50-60° below zero through Thursday with the wind they’re expected to see and the current snow cover. 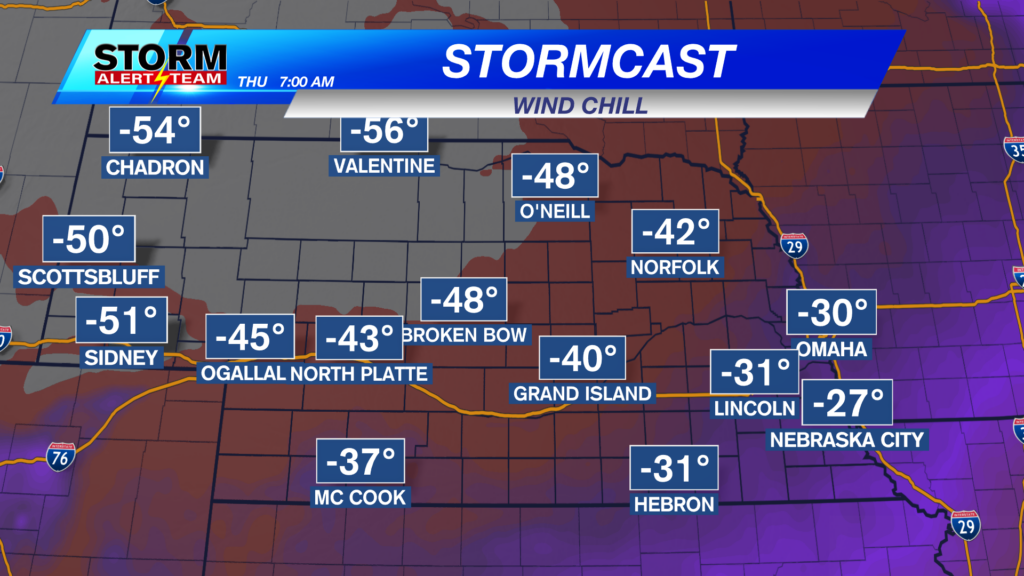 We can start to look for the “light at the end of the tunnel” as temperatures warm up in time for Christmas. Beyond that, temperatures look to stay much warmer as we slowly dig ourselves out of the arctic.