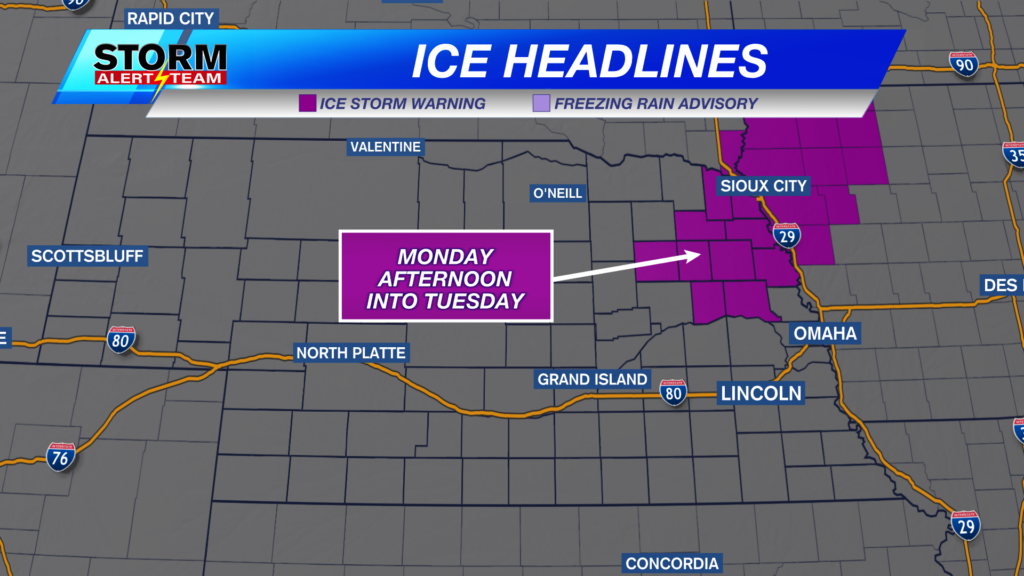 An ICE STORM WARNING is in place for NE Nebraska Monday afternoon into Tuesday. 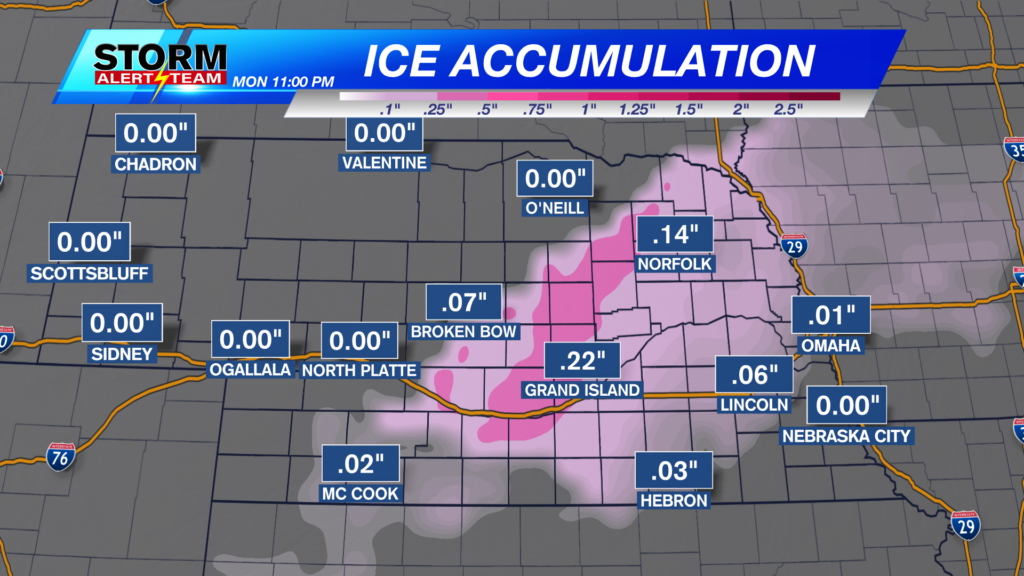 The potential is there for freezing rain in SE Nebraska, too. Additional advisories or warnings may eventually be issued. 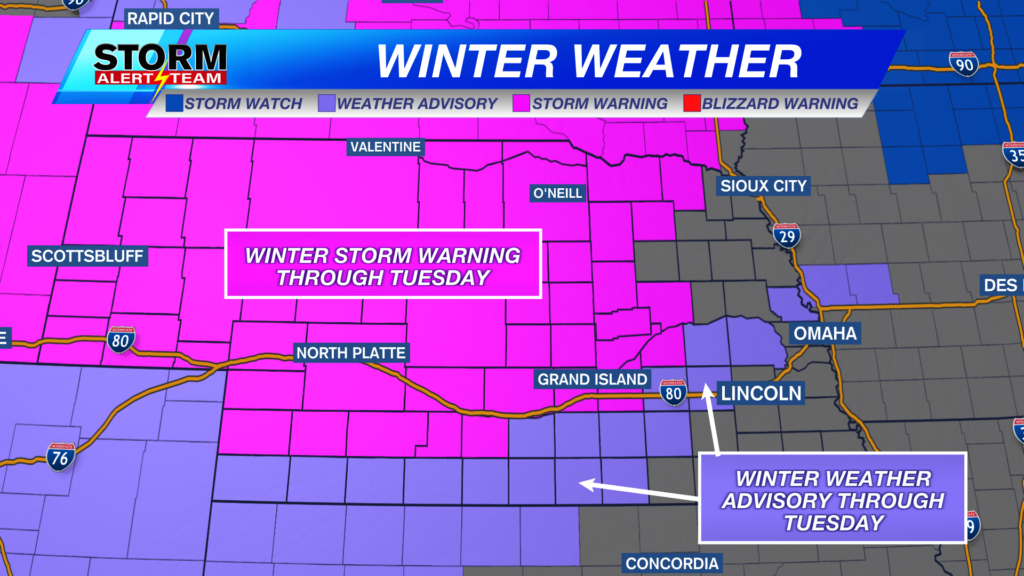 Winter Storm Warnings are in place for much of Nebraska through Tuesday. This has been issued for the freezing rain potential as well as heavy snow. A Winter Weather Advisory is in place for the southern and eastern fringe of storm through Tuesday. Minor snow accumulations and light freezing rain will be possible in these counties.
The first wave of snow starts up in western Nebraska Sunday night and moves into northern Nebraska Monday.
A 2nd wave moves into south central and eastern Nebraska with rain/snow/ice late Monday morning. The western half of the state fills in with snow during the afternoon Monday. Snow potential is highest north and west. 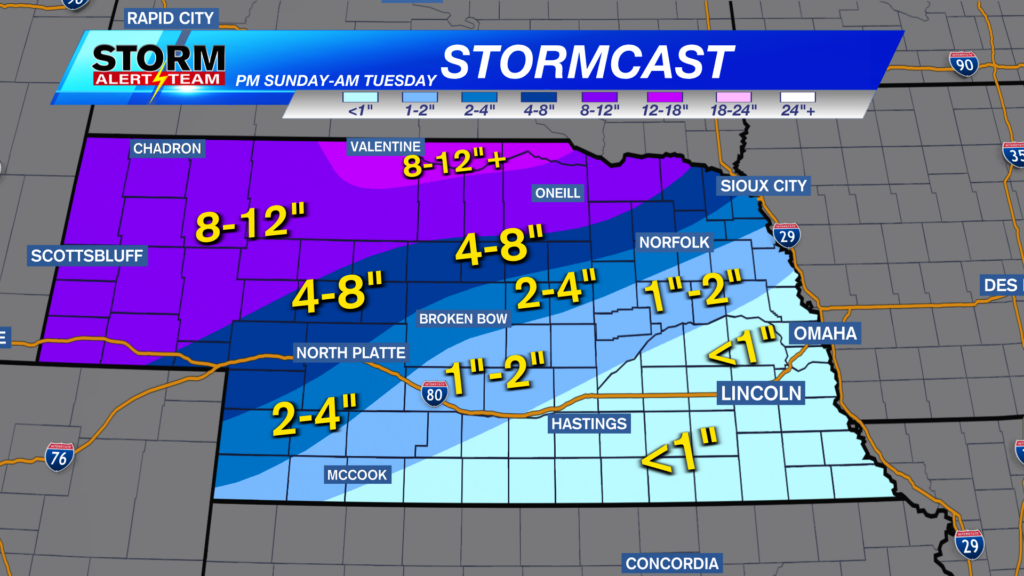