LINCOLN, Neb. (KLKN) – The Nebraska Bankers Association is offering an award of up to $20,000 for information that may lead to the arrest of anyone involved in recent bank robberies. 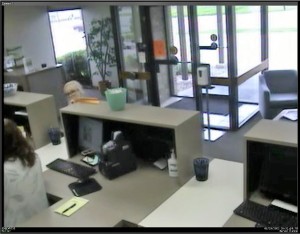 Around 4:56 p.m. on May 20, a suspect entered Cornerstone Bank in York wearing gray sweatpants, a black long-sleeved shirt and a COVID-19 mask.

The suspect appears to be a white man of a tall, slender build.  The man left with an undisclosed amount of money.

Investigators are also looking for a woman involved in the robbery.

Anyone with information on the robbery at Cornerstone Bank is encouraged to contact the York Police Department at 402-363-2640 or York Crime Stoppers at 402-362-2999.

The Fillmore County Sheriff’s Office and the FBI are looking for a suspect involved in a bank robbery on Friday.

Around 1 p.m., deputies were called to the Heartland Bank in Geneva on a report of a robbery.

A masked white man with short dark hair who was about 6-foot-4 to 6-foot-6 with a thin build entered the bank and handed a note to a teller.  He was wearing a dark sweatshirt and blue jeans.

He was handed an unknown amount of money before leaving the bank and heading north on 9th Street.

No one was hurt during the robbery.

After an arrest, the association will work with local Crime Stoppers or the FBI to pay the informant.

All tips provided to Crime Stoppers will remain anonymous.

Employees of financial institutions, Crime Stoppers and law enforcement agencies are not eligible for rewards under this program.

Pregnant woman dies after being struck by vehicle in Omaha, police say