A cool damp start to the weekend; Strong cold front for start of work week

Rain will remain in the forecast for Saturday morning. As the atmosphere heats up through the day rain widely scattered showers will once again develop, moving from north to south across southeast Nebraska. The rain will eventually shut off late Saturday night.

Overall rainfall totals should be light, less than a quarter inch.

Temperature-wise… It is going to remain cool Saturday. With mainly cloudy skies, and a breezy northerly wind (gusting to 25 mph), temperatures will struggle to climb above 50° in most of southeast Nebraska.  It will likely climb a few degrees above 50° as you get closer to the Nebraska/Kansas state line. 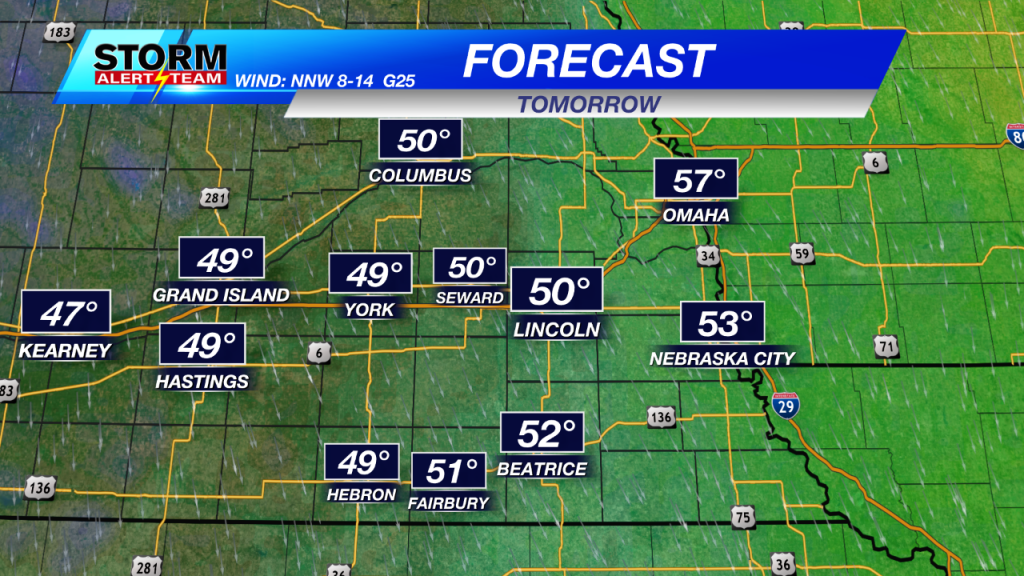 A nicer day is coming Sunday. The sun should pop out under mostly sunny to partly cloudy skies. Highs should be able to climb in to the lower 60°s. 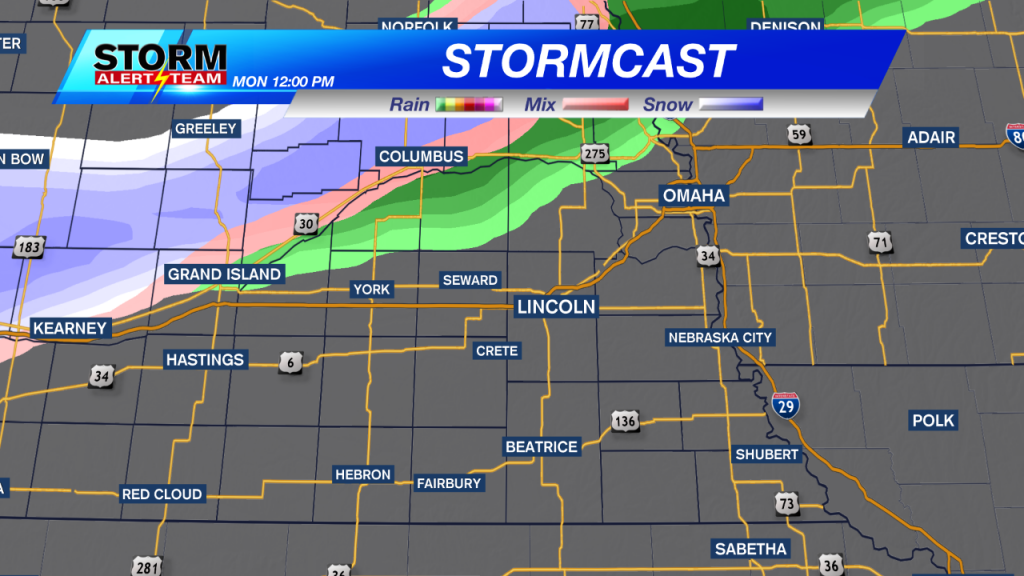 A cold front is projected to pass through the area Monday, increasing winds out of the north behind the front.  Rain will begin to fall late morning and afternoon. Computer models are suggesting snow could mix in behind the front, allowing for minor snow accumulation, mainly on elevated surfaces. Mother Nature just reminding us that summer is yet to arrive!