A storm system has held Nebraska in a firm grip over the last several days, and we’ve got one more day under its influence. That said, things will be trending in a quieter direction starting Wednesday.

A couple of flurries can’t be ruled out on Wednesday. These will primarily reside in eastern Nebraska, and will not produce much accumulation. By Wednesday night, the chance to see flurries will come to an end. 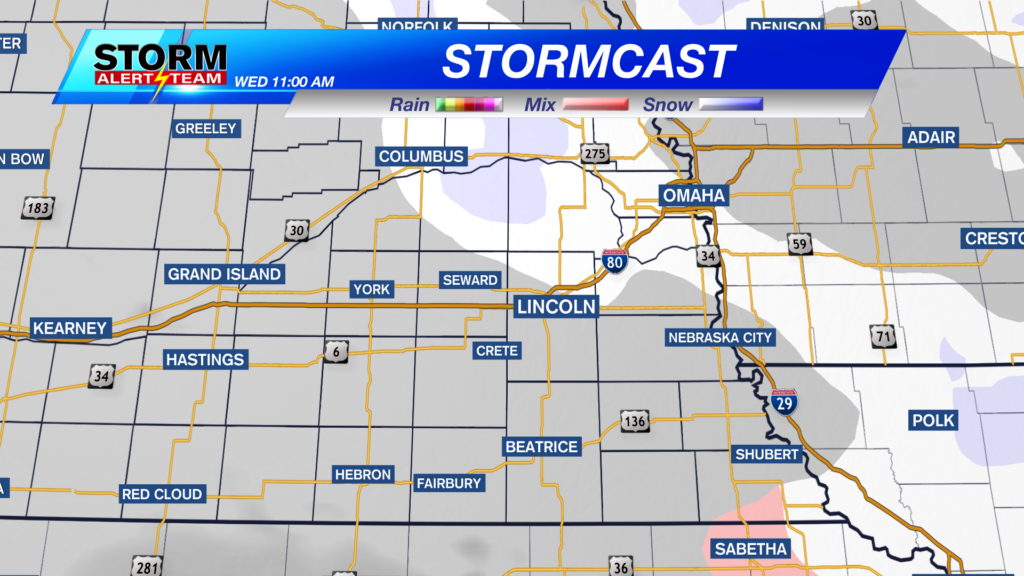 It’s otherwise partly to mostly cloudy and dry on Wednesday. High temperatures will be near normal, in the mid-30s in Lincoln. It will likely be cooler to the north, especially where there is a snowpack. 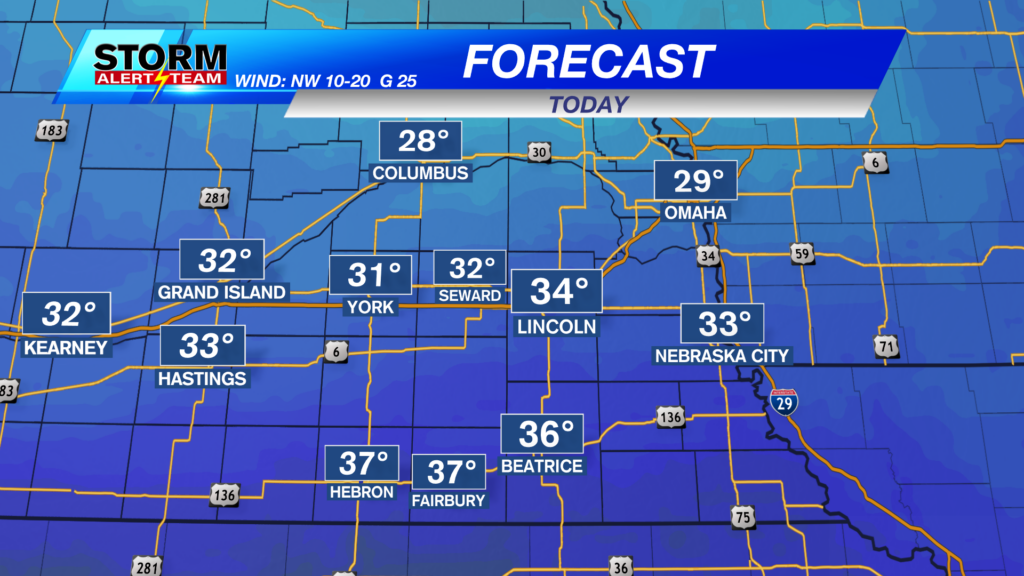 Temperatures will climb through Friday, where we expect highs in the 40s. However, we’ll have a brief hiccup on Saturday where highs drop by about 10° or so. Even so, the 40s will return by Sunday and are here to stay for most of next week. 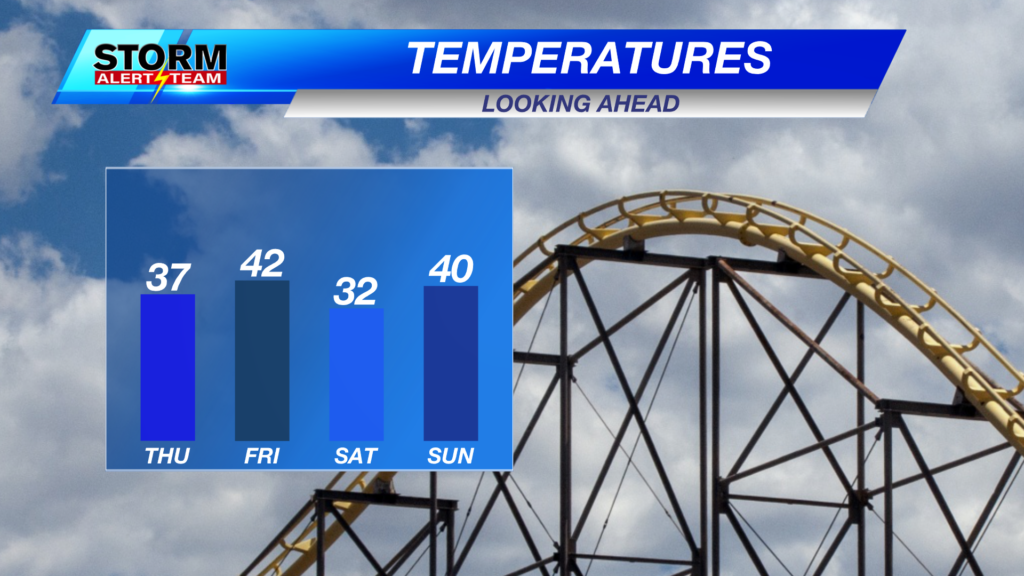 The extended outlook looks fairly dry, too. There’s a small chance to see some isolated light snow showers sometime on Saturday, but that is by no means a guarantee. Other than that, we appear dry over the next seven days.