A warm December goes even warmer this week

This has been an incredible month when it comes to temperatures.  All but one day has been above normal.  Not just above normal, but well above normal.  This now ranks as the warmest start to a December in 56 years in Lincoln as the month is running 9.6° above normal per day. 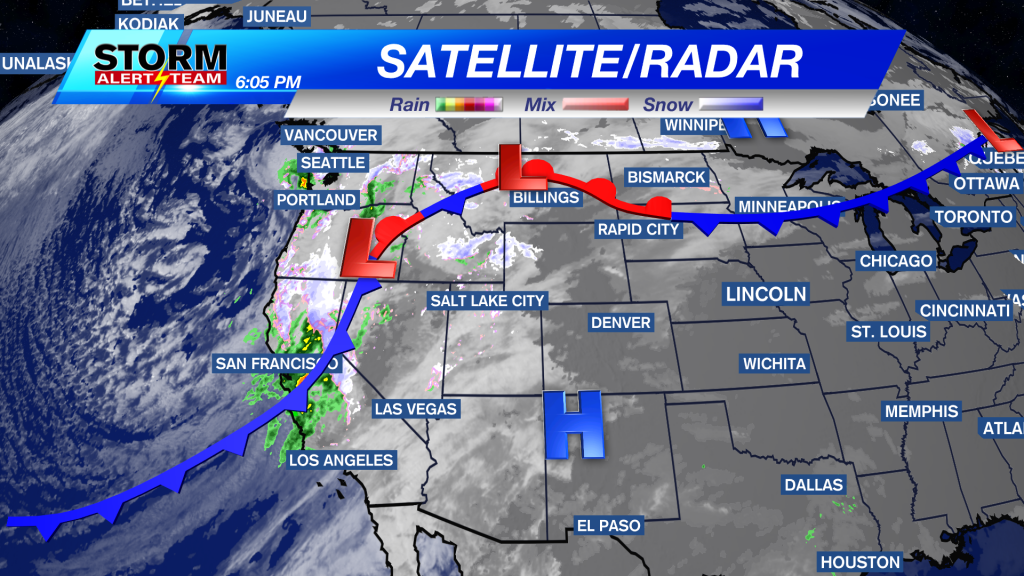 What is interesting about reaching 70° Wednesday… Previously, only three days have reached 70° from December 15 to the end of the year since 1887 in the capital city.  This could be #4.

This is all thanks to a weather system that resides in the western United States Monday evening.  This system will move out of the Rocky Mountains Tuesday night/Wednesday morning.  Ahead of it, temperatures will surge through the central and northern Plains.  Temperatures will run 30° to 40° above normal in Nebraska, Iowa, Missouri, and Kansas. 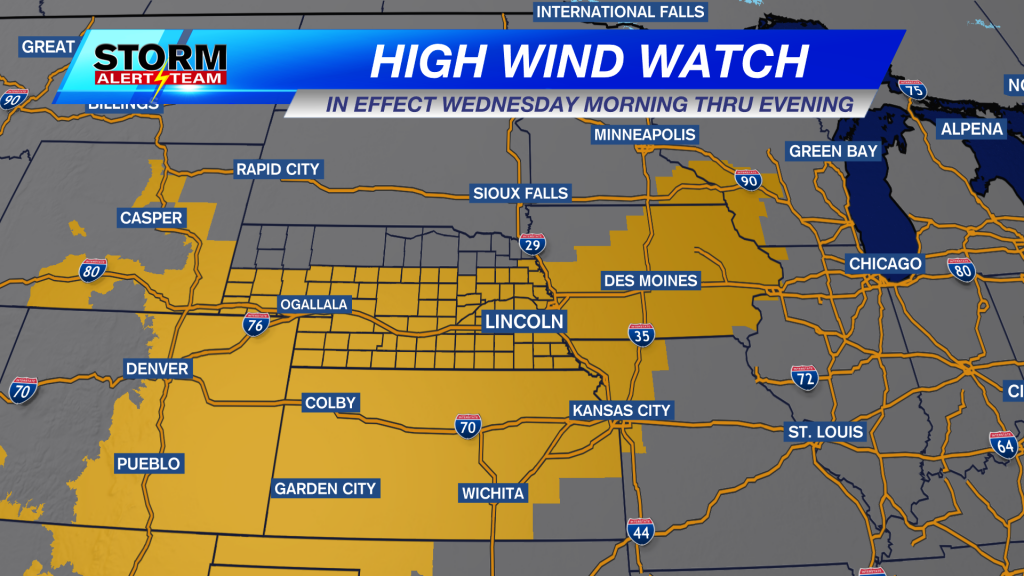 Winds will also be strong throughout Wednesday, not just in Nebraska but surrounding states as well.  Winds will be gusting 50 to 70+ mph Wednesday morning through early evening.  High Wind Watches have been issued for 11 states in the central United States.

Be sure to tie down any loose Christmas decorations you have outdoors.  Otherwise, they could end up several blocks away. 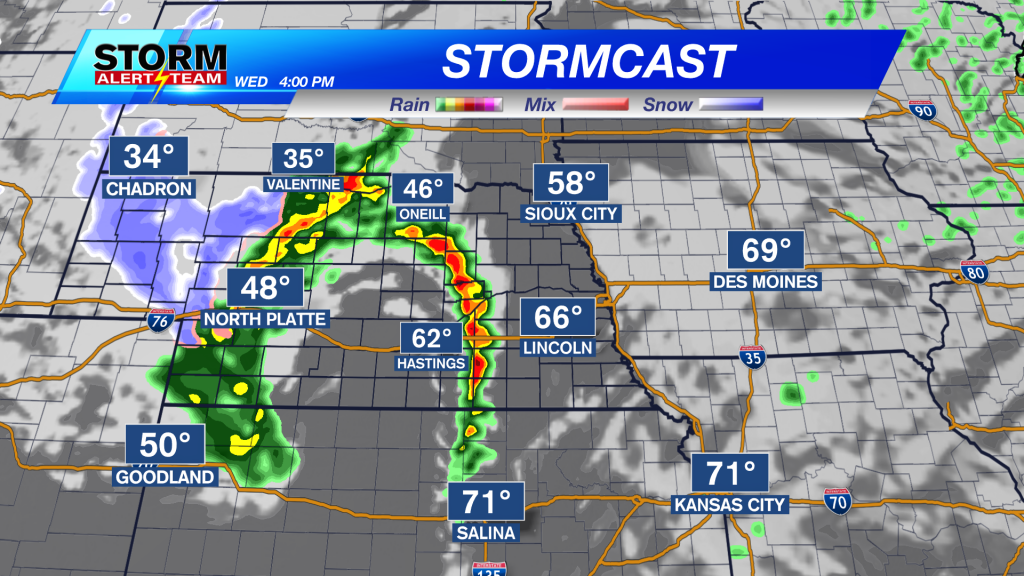 The other component we will be watching Wednesday is the potential for thunderstorms.  A line of storms is projected to develop ahead of an area of low pressure.  With so much wind energy in the atmosphere, a few strong to severe thunderstorms will be possible Wednesday afternoon and in to the early evening hours.  Damaging wind and a tornado or two look possible at this distance.

Keep up checking back for updated forecasts over the next couple days as we pinpoint the timing of storms.