Above average to start the new week 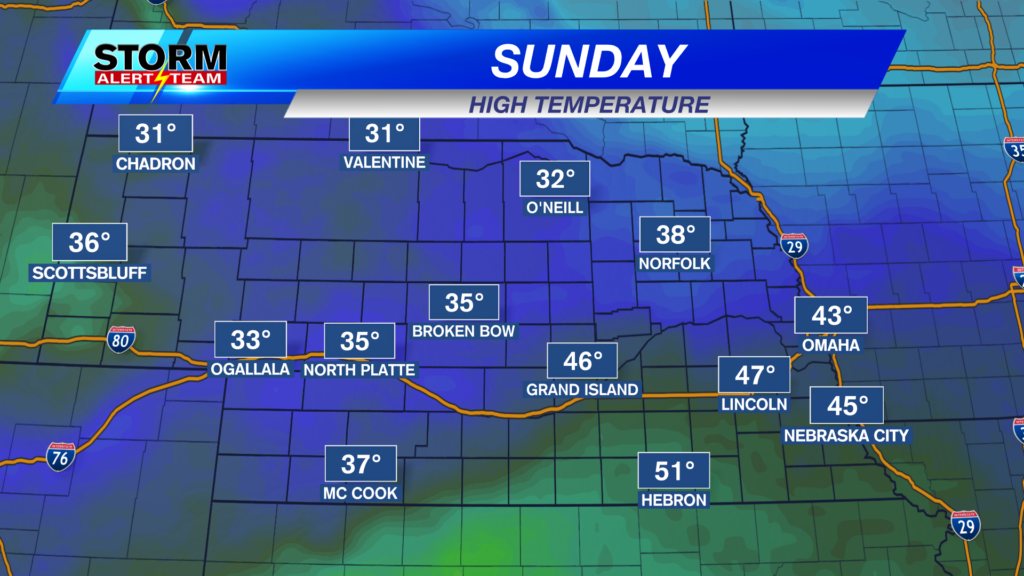 Overnight Sunday will include partially cloudy to mostly clear skies and temperatures dropping to the lower 20s. Winds will be light and out of the south southwest and the slightly warmer temperatures will help kick off a warmer start to the new week. 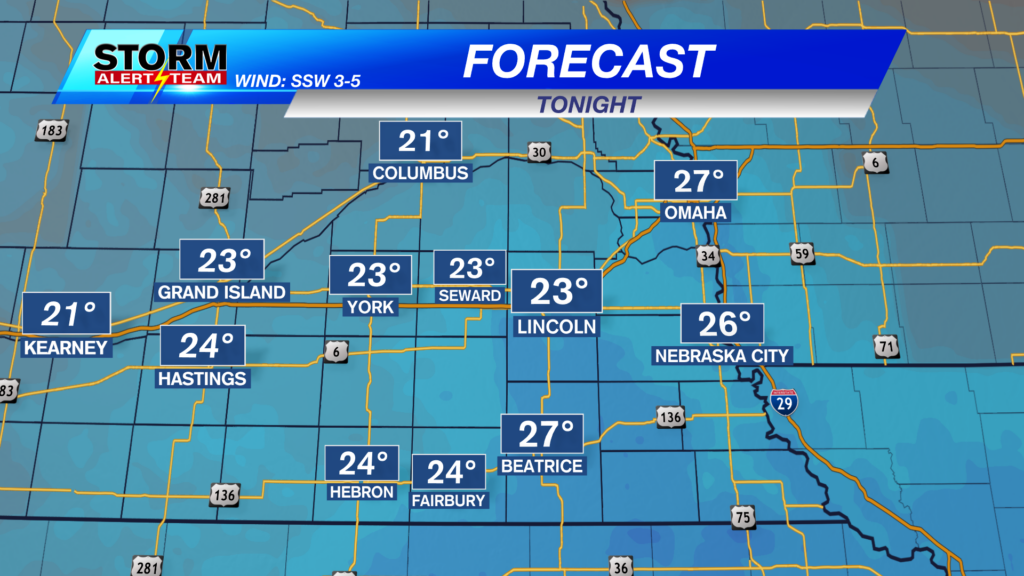 Monday is warm. Tuesday looks warmer. Plenty of sunshine with the quiet pattern continuing through Wednesday afternoon. Then from there, change comes on the edge of the next system. 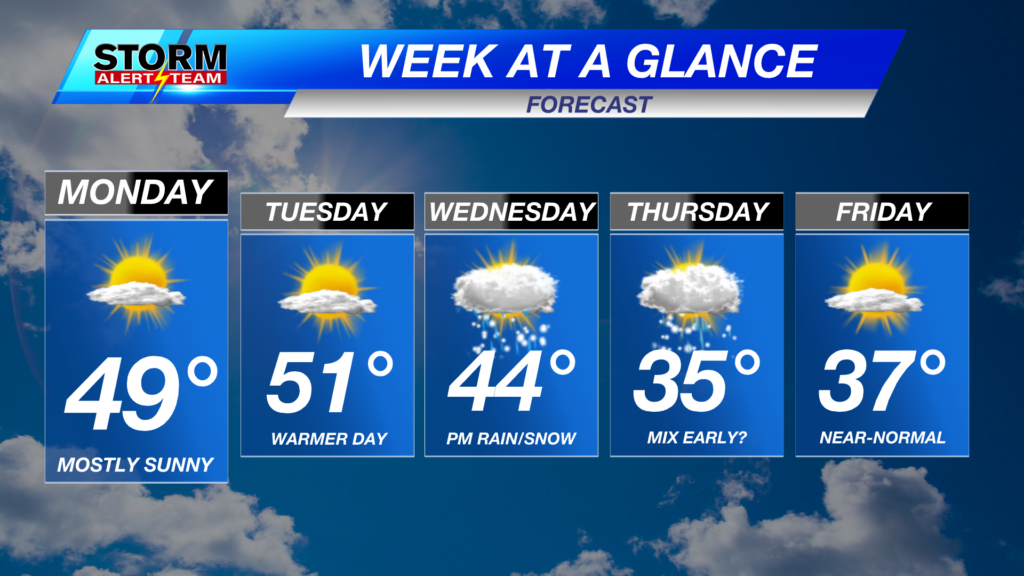 Dry weather overall will prevail over the next week. We have a small, light chance to see some rain and then a rain/snow mix late Wednesday and Thursday. Longer range models overspread some of the precipitation, so take this run of Stormcast with a grain of salt. 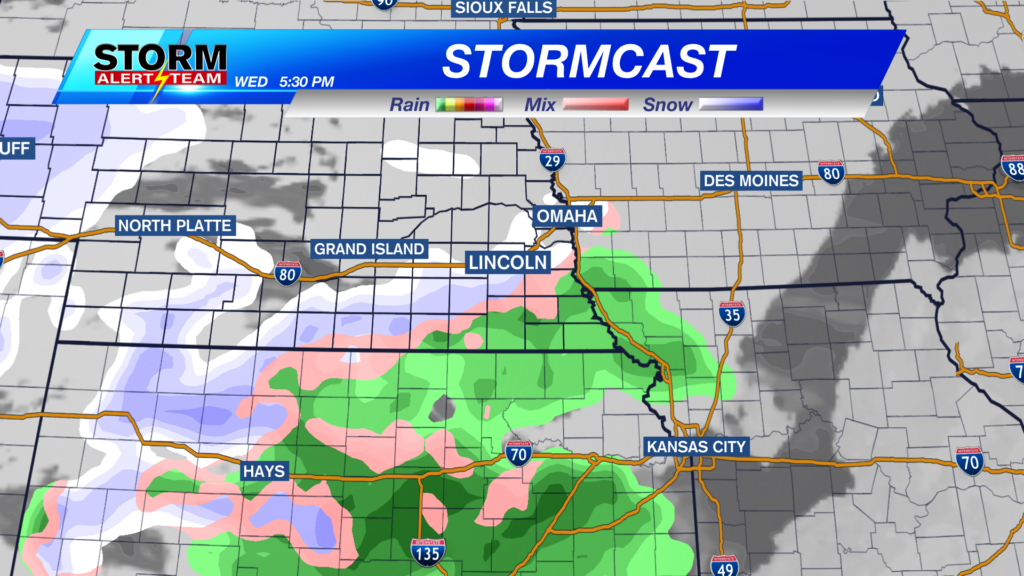 Temperatures drop back into the 30s for a time, but no major impacts are expected with the system primarily passing by to our south enough for us to miss most of its precipitation.