A warm front is moving north through Nebraska Wednesday morning.  Ahead of the front, it has been a comfortable morning.  South of the front, temperatures are warmer and the humidity is much higher.  When the front does pass, expect temperatures to quickly rise 8° to 12° and dew points will climb in to the 60°s and 70°s.

This is all setting us up for a much warmer day.  Under partly sunny skies temperatures will climb in to the lower 90°s. 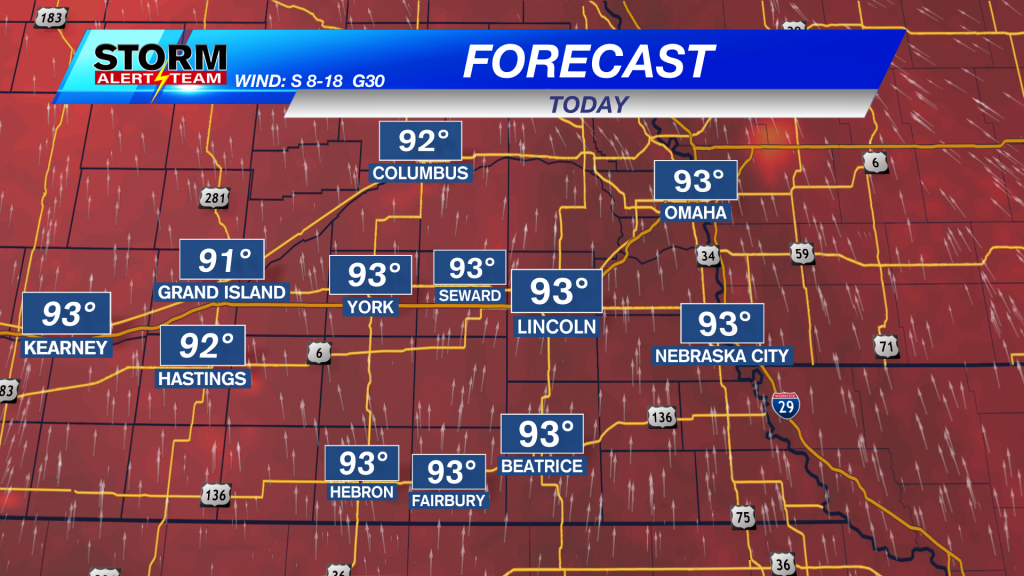 This will be the warmest air in Lincoln in seven and a half months.  The last time it was this warm was September 28, 2021 when it hit 95°.

Heat indices will peak in the middle to upper 90°s across the region – nearing 100° along the eastern Nebraska state line.

Winds will also increase through the day.  They will be out of the south, sustained 8 to 18 mph and gusts to 30 mph.

It will remain very warm Thursday as temperatures again climb in to the lower and middle 90°s.  It will remain humid, similar to Thursday.

Some of the thunderstorms will have the potential of producing large hail.  An isolated tornado can’t be ruled out, especially in northern Nebraska.  As the storms develop in to the line, the threat will transition to damaging winds.