Low clouds won the battle in southeast Nebraska early Tuesday, and that kept temperatures very mild. That was definitely the case in Lincoln.

However, there was a narrow corridor in central and south-central Nebraska where we were able to see a little bit more clearing on Tuesday morning. Temperatures fell off dramatically in these areas, allowing for some fog development.

The cloud cover may be a bit stubborn for much of the morning. That said, we may see a few breaks in the clouds as the day progresses. Most are looking at partly to mostly cloudy skies for the day on Tuesday. We expect highs in the low to mid-30s across the area. 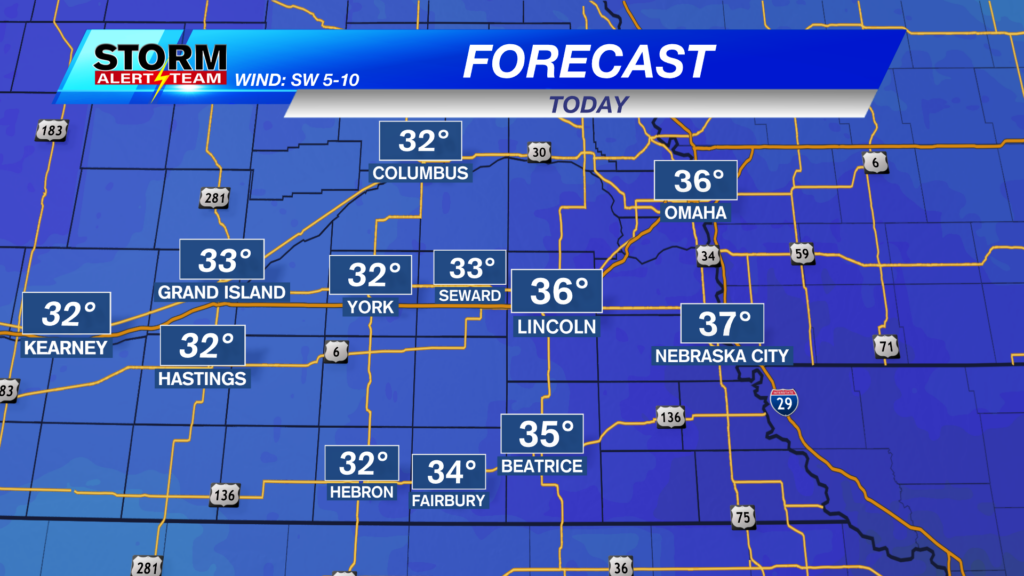 On Tuesday night, there will be a storm system passing to our southeast, bringing a winter storm to the Southern Plains and Midwest. Much of our area remains dry as this system passes.

However, in its wake, there may be a couple of flurries that try to get going on Wednesday and Thursday. Some versions of Stormcast have hinted at this potential. It doesn’t look like we’ll see a lot of accumulation out of these. 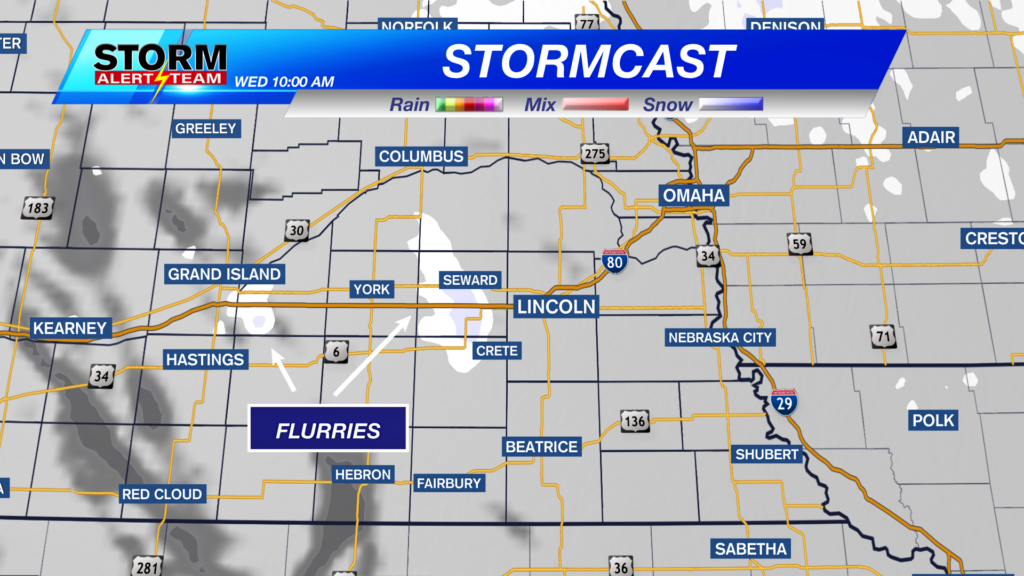 While flurries are possible on Wednesday and Thursday, Friday looks to be dry. In fact, temperatures may end up in the 40s on Friday afternoon. That won’t last long though, as a disturbance ushers in a bitterly cold air mass by Sunday. And as that system passes, we can’t rule out some snow on Saturday, perhaps lingering into Sunday. 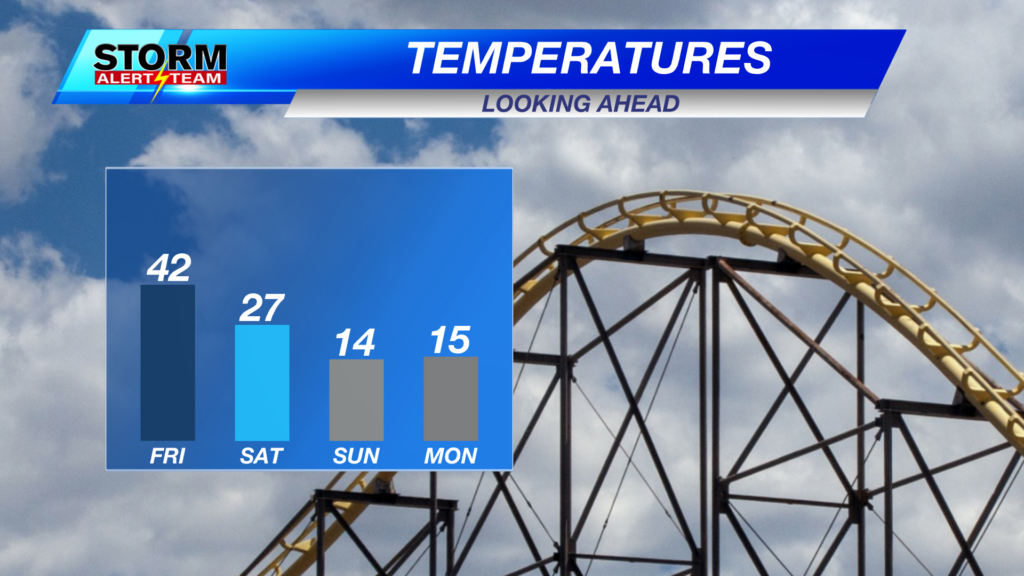