Calm weather for Friday; Wave passes to our south on Saturday

Depending on where you’re located, the air will either have a very mild or very chilly feel on Friday morning. Low clouds have moved overhead in eastern Nebraska early Friday. For areas with those clouds, temperatures have been in the upper-20s and low-30s for much of the overnight hours.

However, the back edge of the cloud cover is not too far to the west. For areas seeing mostly clear skies, temperatures are starting out in the teens and single digits.

Regardless of where temperatures start off in your location, we expect temperatures to top out in the lower and middle-30s for most in southeast Nebraska. It will be a fairly calm day, with relatively light winds. And even if you begin the day with clouds, they should erode as the day wears on. 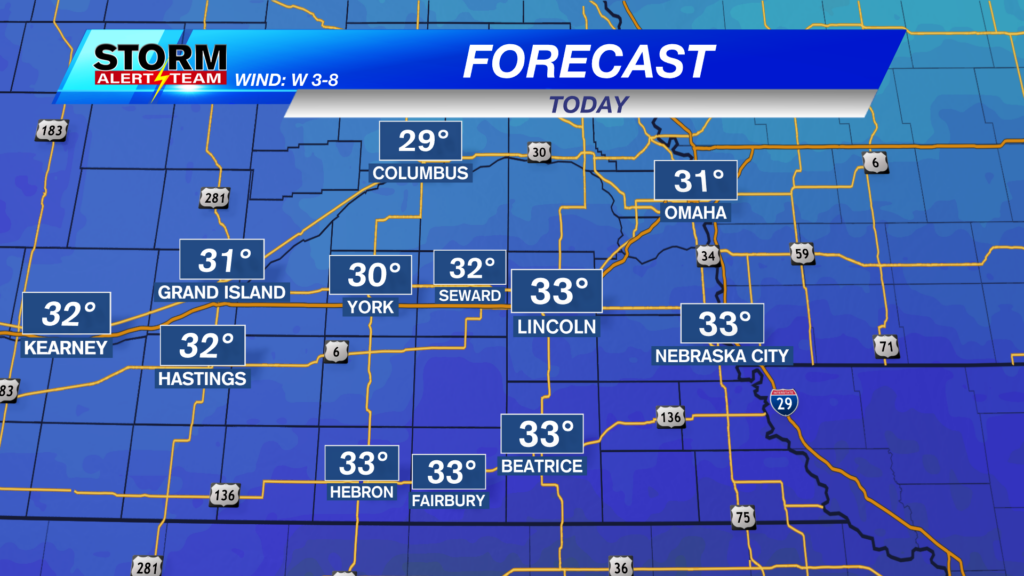 As we head into the weekend, another disturbance will be approaching. The majority of the energy with this system will pass to our south, and that’s where we expect the bulk of any moisture to fall.

Nevertheless, we may be close enough to the northern edge of the system to see some snow on Saturday. The best chance of seeing snow will be along and south of I-80. 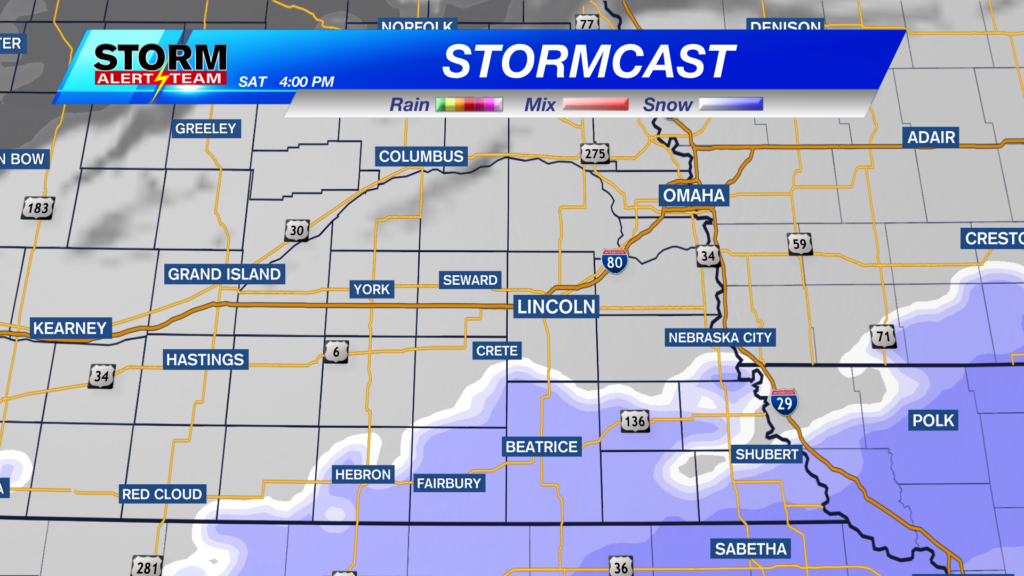 Accumulations should be very light. An inch or two can’t be ruled out for some of our southern communities in Nebraska, but that would likely be on the high end of things. As of now, much accumulation appears hard to come by in Lincoln. Nevertheless, don’t be surprised if you see flakes flying on Saturday! 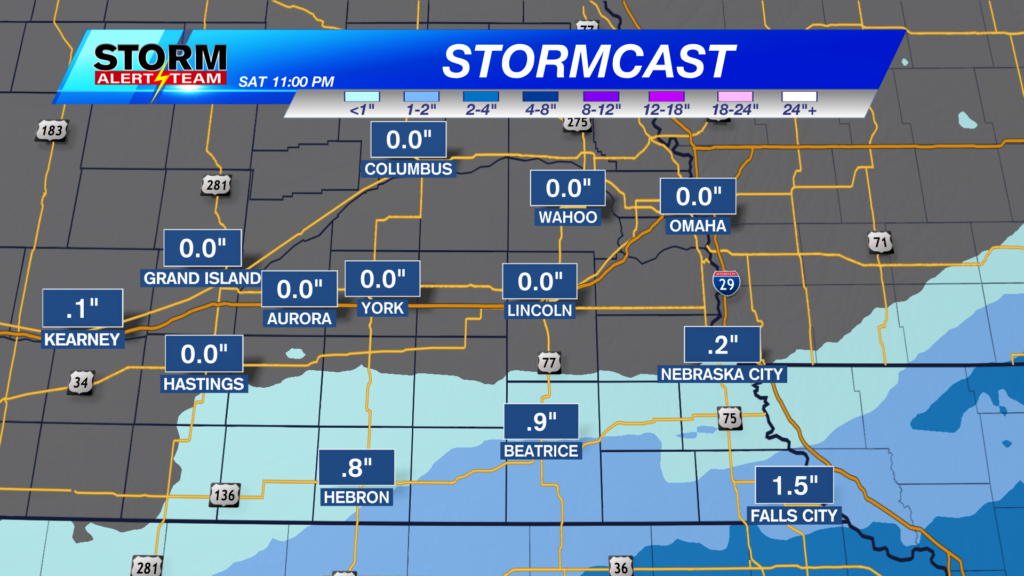 Sunday will be a dry day, and skies should clear. Temperatures through the weekend also won’t be all that warm or all that cold, just a few degrees below average.