Chilly week ahead, much colder next week

We have snow chances the next few days, but only flurries are expected. There will also be some patchy fog and a lot of cloud cover in the days ahead. Temperatures hover in the 30s for a few days before warming into the lower 40s briefly on Friday. Then a frontal boundary comes through over the weekend with a snow chance and a lot of cold air following right behind it. 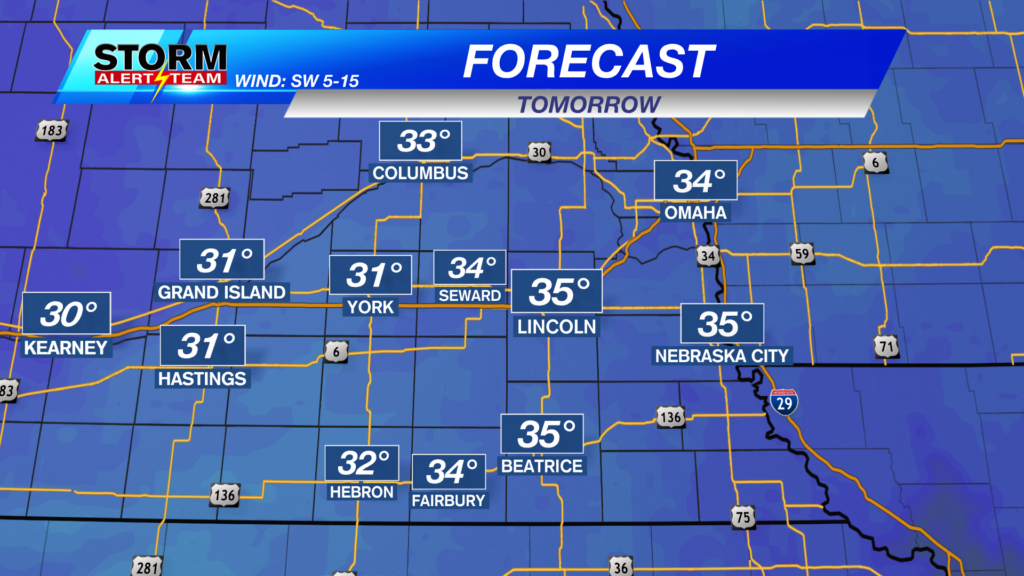 Near normal for highs on Tuesday with a lot of cloud cover and a few flurries. 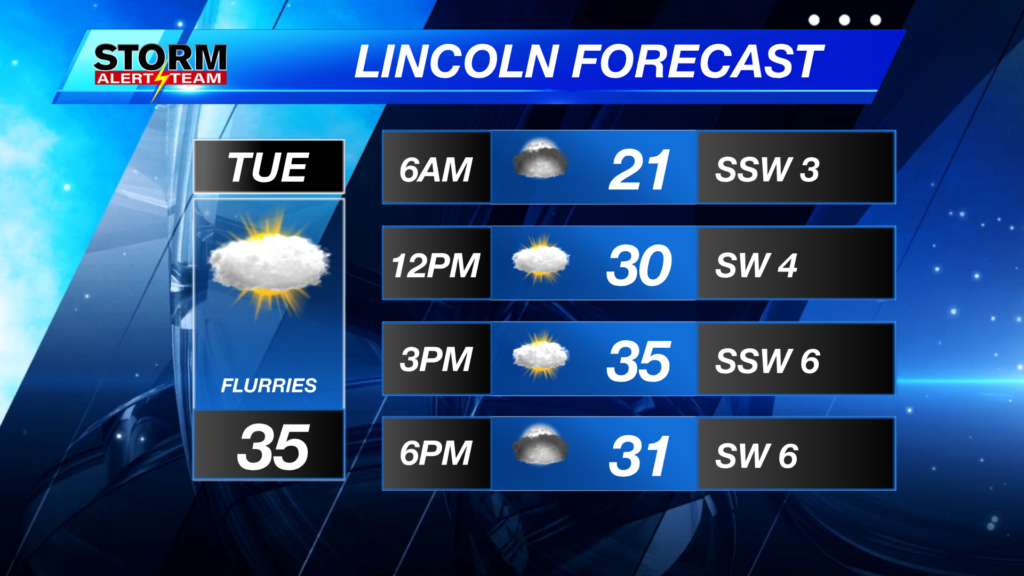 Lincoln will start the day in the lower 20s, which is a handful of degrees above average. There will be a lot of clouds and some flurries, but not a lot of wind. 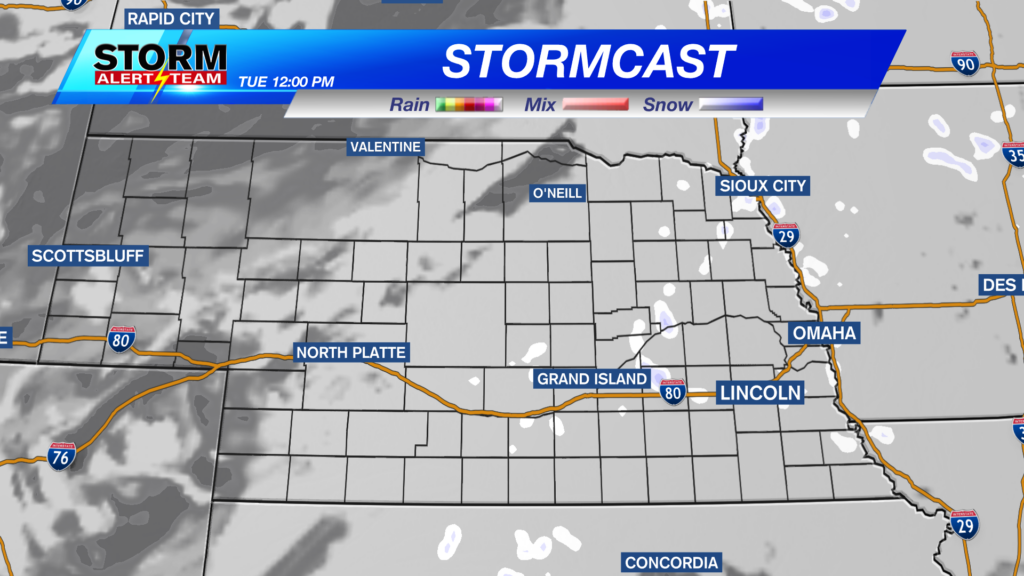 Lincoln won’t be alone with the flurry chance. Much of the eastern half of the state has a chance for a few snowflakes on and off. 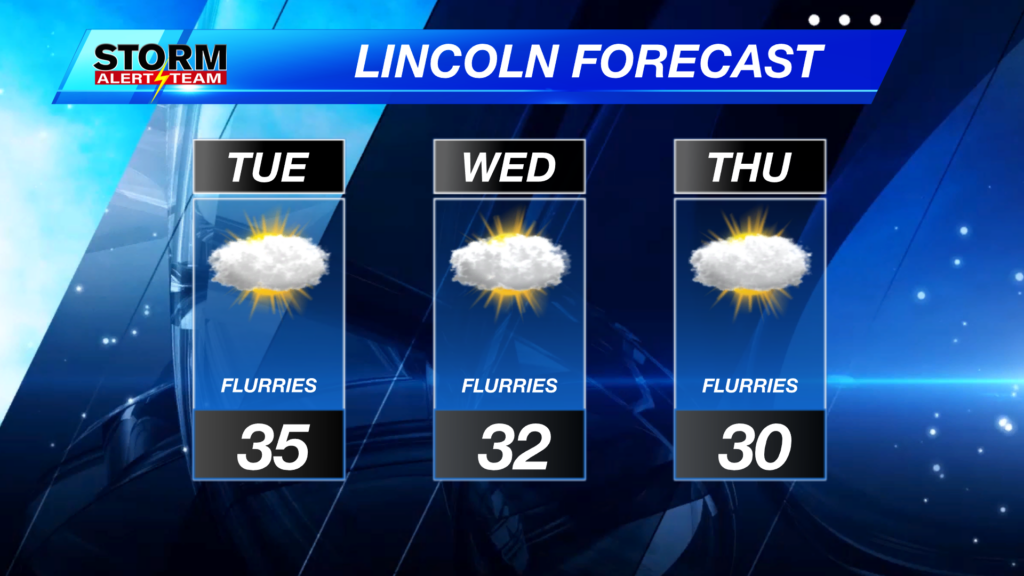 At or below average for temperatures through Thursday. This continues into the weekend. 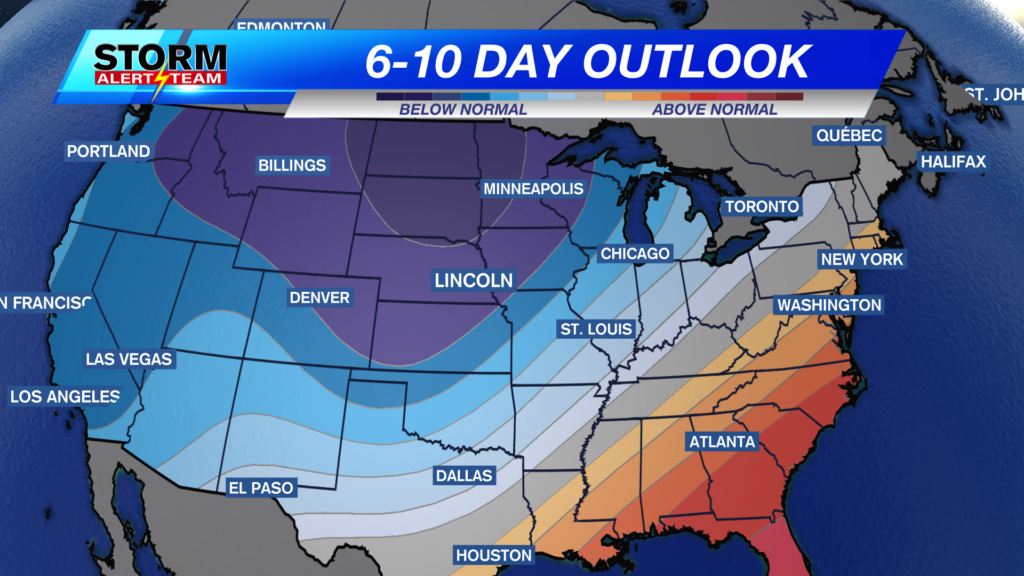 After the weekend, cold air sinks in from Canada. The above graphic shows the likelihood for us to see below normal temperatures. As you can see, it’s pretty high. Teens for highs are likely next week with overnight lows very close to zero.