Highs on Tuesday were able to sneak past the 80-degree mark as clouds and light showers took their time moving into eastern Nebraska. Because of that, southeast Nebraska had temperatures around 10 degrees warmer than cities off to the west near Kearney and Grand Island. However, winds have now shifted to be out of the north and will keep us a touch cooler going throughout the daytime hours Wednesday. 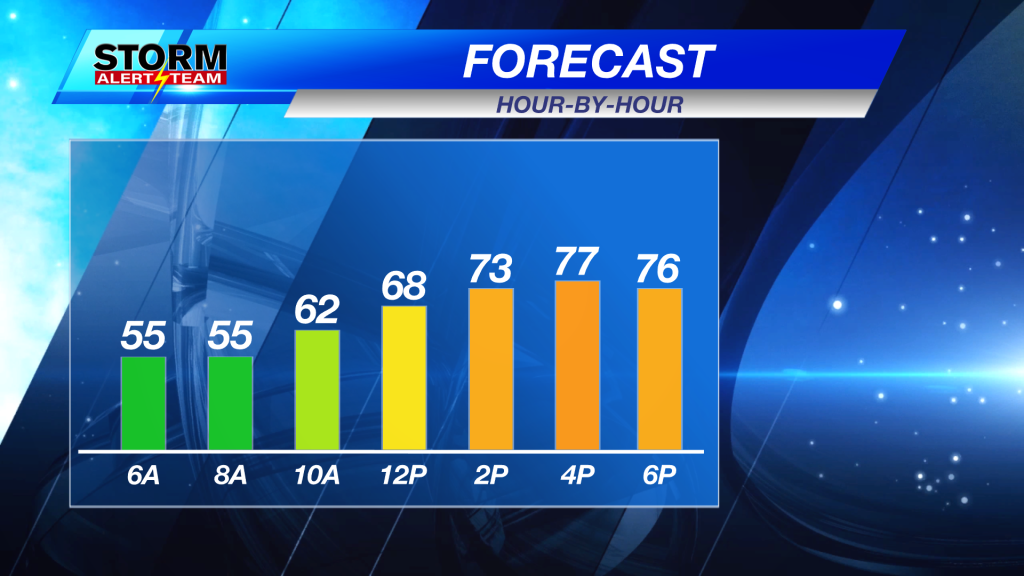 The probability of seeing a stray shower in the morning will quickly diminish as the system moves off to the east. Another pleasant fall afternoon can be expected for Wednesday with high temperatures around normal in the upper 70s. Northwesterly wind throughout the day gusting upwards of 15 miles per hour will keep us a bit cooler than our highs that made it into the 80s yesterday. 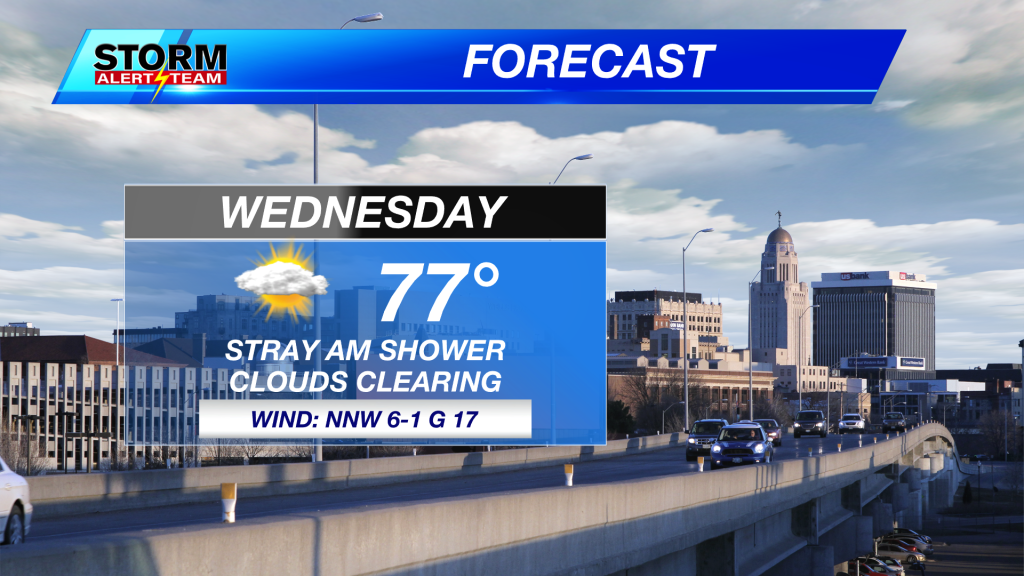 By Thursday afternoon, a cold front will be pushing toward us, pulling cold and dry air behind it and stronger winds. There is a better chance to see frost Friday morning in areas off to our northeast, but by Saturday morning (as seen below) low temperatures will be quick to reach near freezing. Widespread frost will be more likely then. 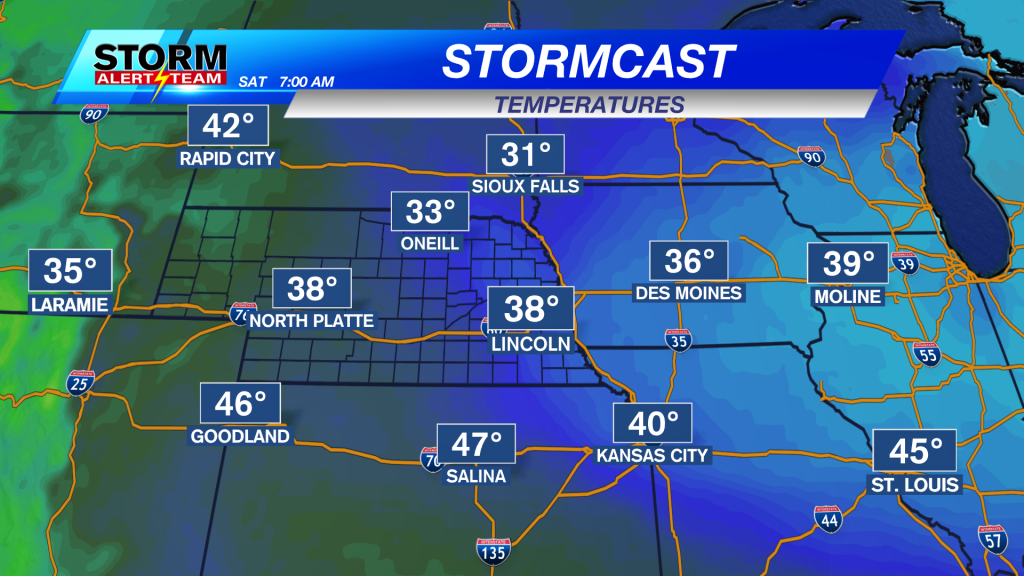 With temperatures rapidly dropping into the 50s by Friday, temperatures will need another day to recover to near-normal so cooler temperatures can be expected for Saturday. As the Huskers have an away game on Friday, daytime highs will call for a thicker jacket for any plans around the evening game.