Clear skies, a thick snow pack, and light winds tonight is a perfect set up for quickly falling temperatures Wednesday night.  Temperatures will plummet to the single digits.  Some locations may even approach 0° by Thursday morning. 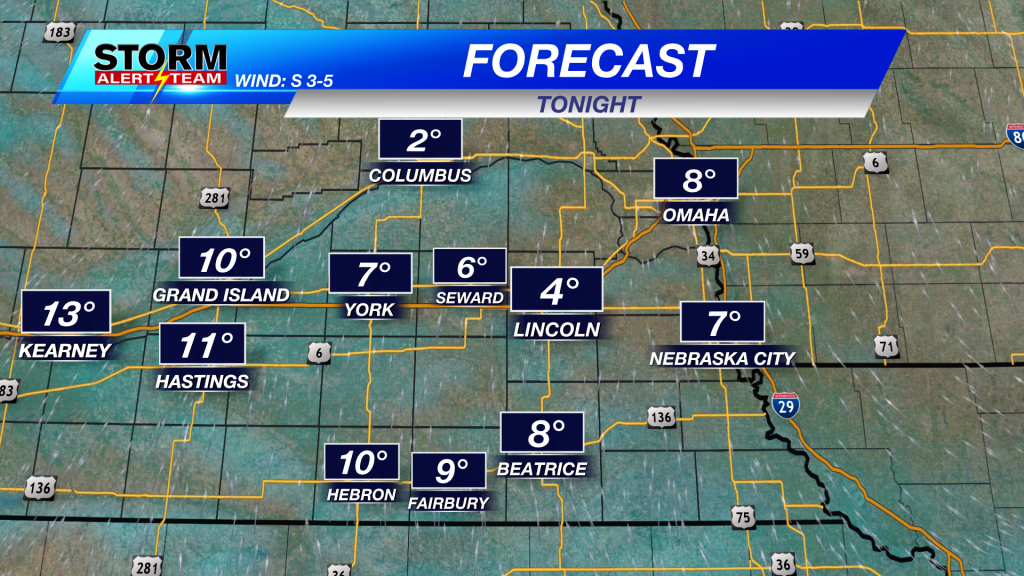 Winds will be fairly light so wind chills should stay above 0° for most locales.

Sunny skies are expected Thursday which will help temperatures rise a bit more than they were Wednesday afternoon (upper 20°s).  With temperatures climbing to above freezing (32°F), some of the snow will begin to melt.  However, I suspect the snow we have on the ground will be around for at least a week.  Some of the tall snow piles could be around for a while. 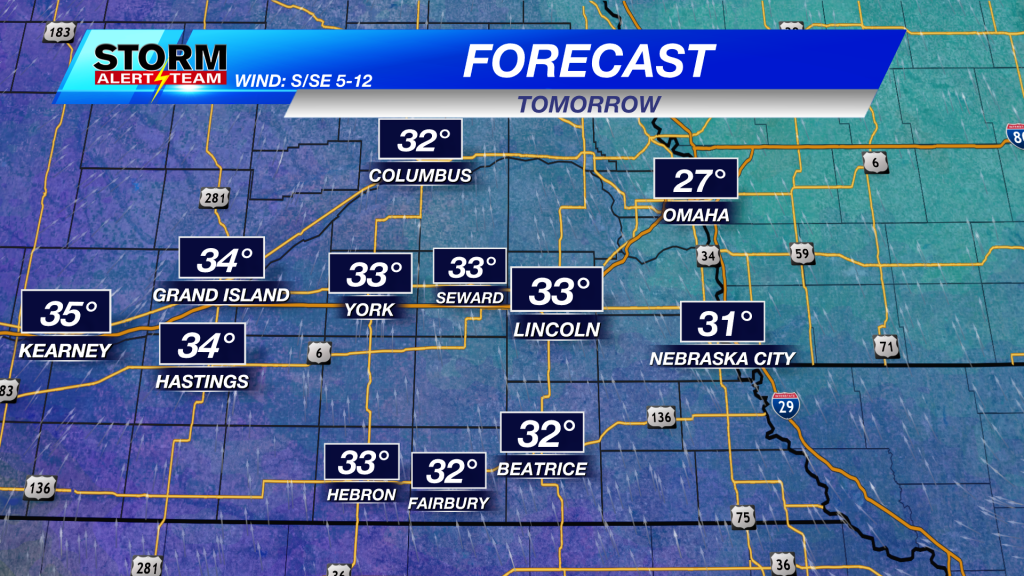 We continue to monitor a developing storm over southern Texas that will try to move towards Nebraska for the start of 2021.

As of Tuesday night the storm is producing snow in southwestern portions of Texas.  Snow was even reported in northern Mexico earlier Tuesday.

The storm is expected to draw moisture out of the Gulf of Mexico and move nearly due north through Oklahoma, Arkansas, Kansas, and Missouri.  While the area of low pressure will not cross in to Nebraska, clouds from the storm will begin to stream in late Thursday night. 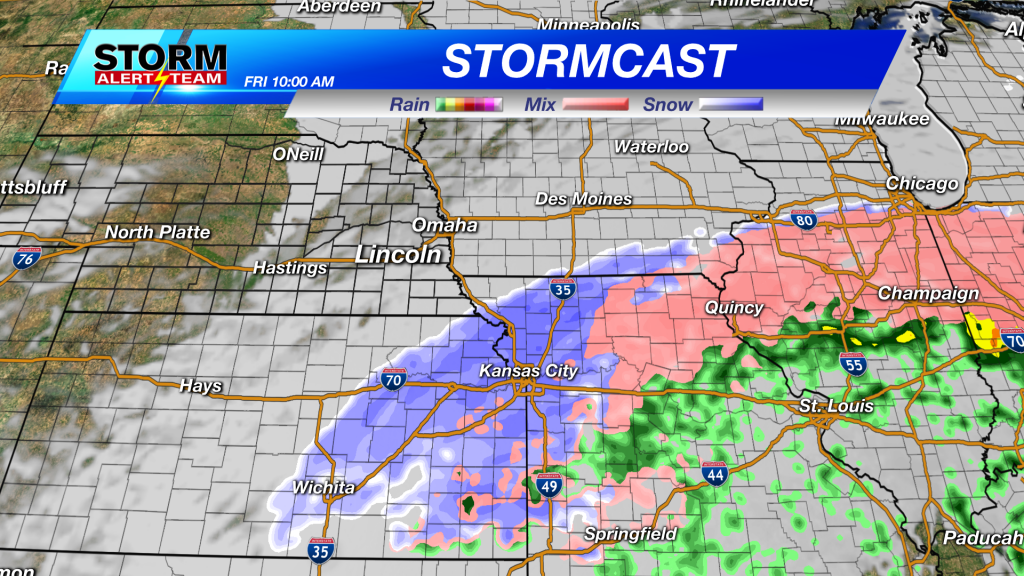 Moisture will enter northeast Kansas and northwest Missouri.  Northwesterly winds at the surface should help to keep moisture out of Nebraska.  The image above shows the latest precipitation type projection from a high-resolution computer model.  It takes snow just up to the state line, but never takes it further northwest.

This is something we will continue to monitor because even a shift to the west/northwest of 100 miles could make an impact. 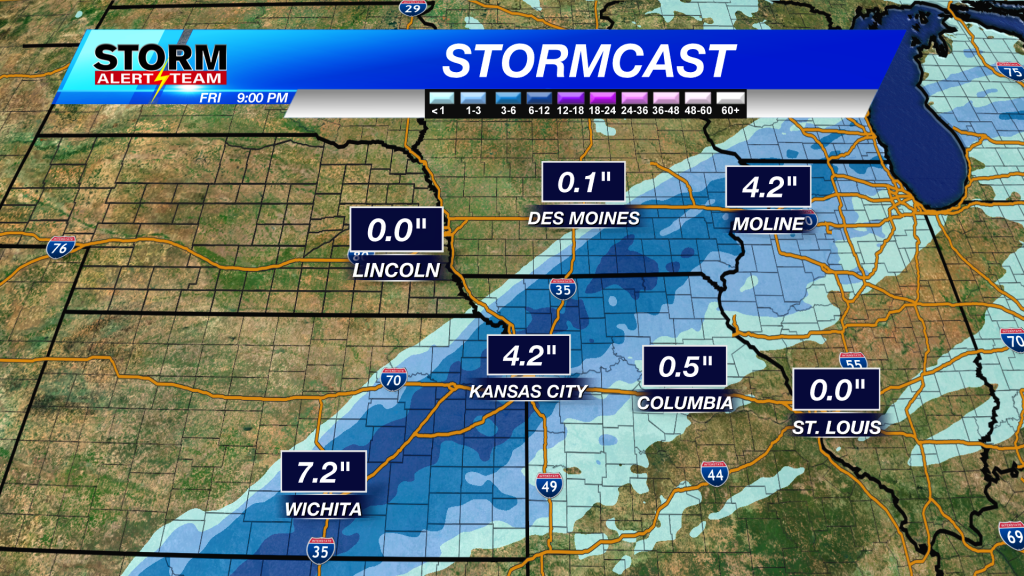 A band of moderate to heavy snow will be possible from Wichita to Kansas City to the Quad Cities in Iowa and Illinois.  Keep this in mind if you have plans to travel east, south, or southeast on New Year’s Day.