Temperatures failed to reach 20° throughout southeast Nebraska Tuesday afternoon.  That will likely occur again Wednesday and Thursday.  Wind chills dropped to as low as -30° Tuesday (Ord, Nebraska).  It dropped to -18° Tuesday morning in Lincoln.

Wednesday morning will be greeted by air temperatures a few degrees below zero.  Winds will be out of the north, sustained 8-16 mph with gusts to 28 mph.  This will create wind chills -30° to -15° in southeast Nebraska for the hours surrounding dawn.

Skies should remain mostly cloudy with breaks in the clouds during the afternoon.  Temperatures will top out in the middle to upper teens.  Wind chills throughout the afternoon should hover between -5° and 6°.

A weather system in the southwest United States will send moisture through the Central Plains Wednesday night and Thursday.  Temperatures are expected to only be in the single digits and teens as the moisture falls through the sky over Nebraska.  This will allow snow to fall, and likely at high snow-to-water ratios.  I’m currently thinking in the 19:1 to 24:1 range. 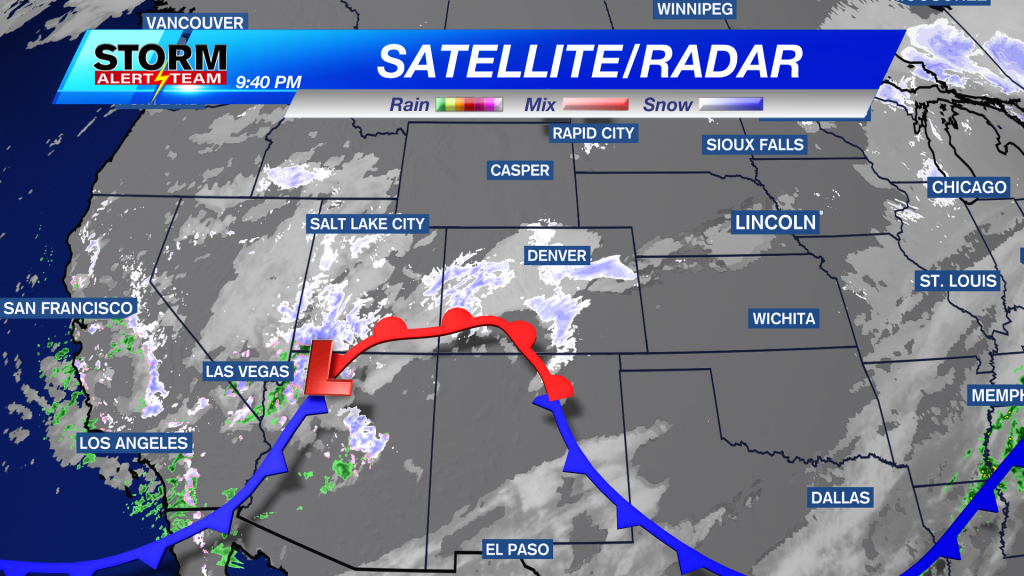 There is not a lot of liquid precipitation to work with.  This means snowfall amounts will be relatively low.  At this time I think many areas around the state will receive up to 2″ of snow.  Again, this does not look to be a big snow maker.  However, considering Lincoln has received only 3.7″ of snow for the winter, any little bit will help.