End the week with cooler than normal temperatures; Pattern change in the cards for next week

Nearly halfway through April and we are looking for sustained normal to above normal temperatures to lock in.  So far, it has not been the case.  Through the first fourteen days of the month 8 days have been below normal in Lincoln and the city is currently running 1.5° below normal.

While cooler than normal temperatures will continue for several more days, but there are signs of warmer days ahead. 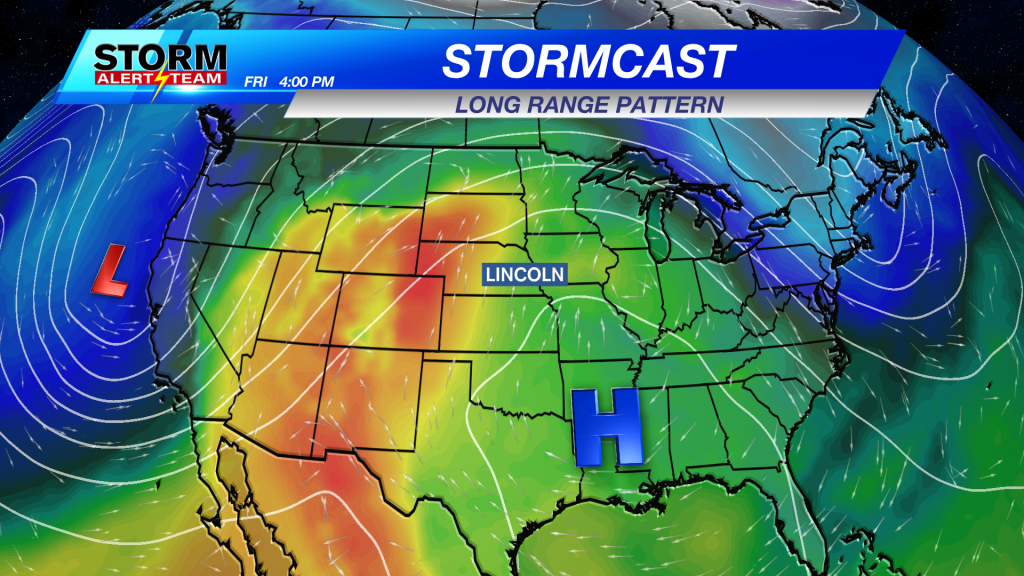 Long range computer models suggest a pattern change is coming to the central/northern Plains starting the middle of next week.  Upper-level high pressure will begin to build over the southeast United States while low pressure will dig in off the west coast.  In between, winds will pick-up and help bring warmer air to the Front Range of Colorado and Colorado, along with South Dakota, Nebraska, and Kansas.

Temperatures look like they could reach the 80°s and 90°s by the end of next week.  Stay tuned!

Friday forecasts a freeze coming up with chilly afternoon