It seems to always happen.  A big storm system passes through the region in early/mid October and with a snap of a finger we move in to frost and freeze season. 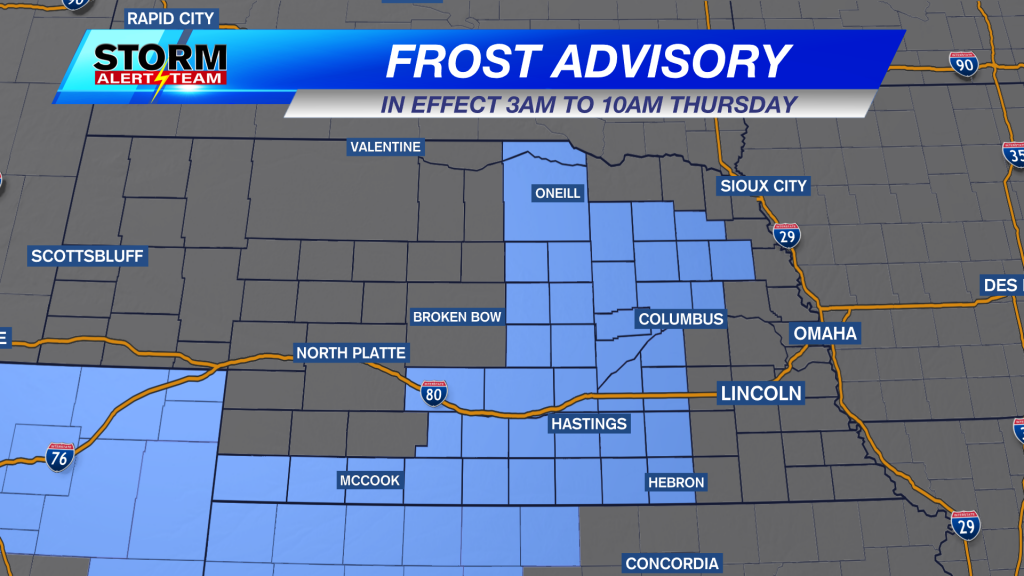 Skies will remain clear overnight and temperatures will quickly drop in to the 30°s to near 40°s Thursday morning.  A Frost Advisory is in effect for many counties in southeast/central Nebraska.  The advisory will be in effect from 3 a.m. to 10 a.m. Thursday morning.

We will likely have more chances for frost in southeast Nebraska Saturday morning and again Sunday morning as temperatures drop to the 30°s.

Sunny skies Thursday morning will increase with clouds by afternoon.  Temperatures will rebound back to the middle 50°s to middle 60°s.  Thursday will likely snap our streak of consecutive days above normal (temperature) at 18 days.  That will tie for the longest such streak of 2021.