Firefighter dies while responding to blaze at Nebraska National Forest

LINCOLN, Neb. (KLKN) — Another firefighter has died while responding to a Nebraska wildfire. 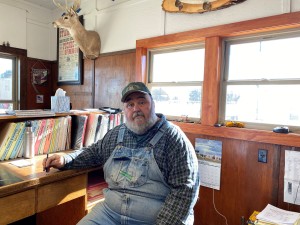 Moody, 59, died after suffering a medical emergency while fighting the Bovee Fire on Sunday.

He served with the Purdum Volunteer Fire Department for over 40 years, having previously served as fire chief and then assistant chief.